Imperial Festivities of the Midwest: The Newberry Consort’s "The Empress Margarita Teresa"

The Newberry Consort puts up a misguided, if technically excellent, performance of "The Empress Margarita Teresa" to open their “Year of the Woman” series. 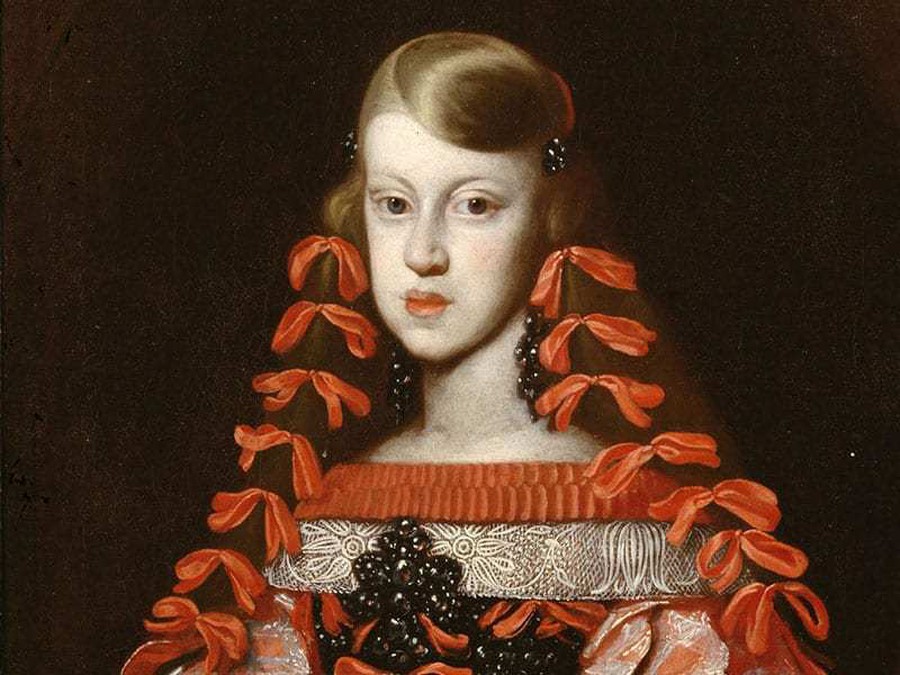 The Newberry Consort celebrates the musical and theatrical depictions of Margarita Teresa, yet struggles to represent her.

Born on July 12, 1651, Margarita Teresa lived in a world of the highest culture from an early age. She grew up in the lavish architecture of the Royal Alcázar where the Habsburg monarchs lorded over in Spain, surrounded by the musicians patronized by her parents, Philip IV of Spain and Mariana of Austria. In fact, students who study the painter Diego Velázquez will likely be familiar with Margarita Teresa from his many portraits of her, as well as her central role in his painting Las Meninas.

The Newberry Consort’s The Empress Margarita Teresa, then, serves as a musical and theatrical compilation of pieces from Margarita Teresa’s life. The evening gives the audience a sense of the aesthetics of the age she lived in, and also what her consumption of art might have felt like. The show included compositions by her husband Leopold I, Holy Roman Emperor, and a piece explicitly dedicated to her, and Il Pomo d’Oro by Antonio Cesti. Indeed, the suite by her husband opened the evening, accompanied by Velázquez’s portraits of Margarita throughout her youth. Through this lens, The Empress is an interesting show, full of variety and unique perspectives on some excellent art.

The show begins with a suite and Orfeo y Euridíce, an operatic intermezzo that, according to the Newberry Consort’s website, was “supposedly composed by Emperor Leopold I himself.” The intermezzo is a comical take on the story of Orpheus and Eurydice set in Madrid, Spain. Its humor landed surprisingly well, with memorable moments, such as when Orpheus was turned away from the Underworld because there were already enough musicians in Hell. Later, two Fates proclaim, “She’s dead!” in reference to Euridice, followed by the third Fate bluntly remarking, “Yep.” Orfeo y Euridíce is also entirely in Spanish, instead of Leopold’s native German—an explicit tribute to Margarita Teresa.

After a short intermission, the show continues with music from Johann Heinrich Schmelzer, a local composer of Leopold’s court in Vienna. I found his compositions quite beautiful, especially his ciaccona. Each piece was performed with grand aplomb. However, in the structure of the evening, this was merely a preamble for something bigger. Il Pomo d’Oro, mentioned above, is a behemoth. A comic opera about the Judgement of Paris, it was commissioned to honor Leopold and Margarita’s wedding. However, its length required the construction of a 5,000-person theater, so the opera was pushed back two years to Margarita Teresa’s 17th birthday. And it is long: five acts with a prologue performed by a cast of 48 over two nights.

Fortunately, the Newberry Consort did not subject the audience to its entirety, only excerpting five scenes from the opening act about the Judgement itself. That being said, this selection was very engaging for the audience. Memorably, one of the performers, Eric Miranda, came out in a jester’s hat bearing the golden apple before him as Momo, the “God of Slander.” While all the performances of the evening in both Orfeo y Euridíce and Il Pomo d’Oro were of a high caliber, I thought Miranda’s performance as Momo was especially delightful.

I found each piece in The Empress Margarita Teresa interesting and well-performed, but I did have a question: Just how much was it actually about Margarita Teresa? Despite the program calling her “both patron and muse for some of the 17th century’s most important composers” and claiming “her impact on the history of Europe, portraiture, theater, and most of all music was immeasurably vast,” the show did not seem to reflect this. Both Schmelzer and Cesti appear to have been patronized by Leopold, not Margarita, with the program discussing Leopold’s aforementioned construction of the venue for Il Pomo d’Oro and describing Schmelzer as “a favorite of Leopold.” Is this art which Margarita had made for her or that others had made of her? The distinction seems meaningful for the first show, which the Consort bills as their 2019–20 “Year of the Woman” program, and doubly so for Margarita Teresa, who suffered from a forced marriage and four pregnancies in six years, leading to her early death.

That being said, The Empress Margarita Teresa was an enjoyable show, with high quality performances. While I think that its framing did more to obscure than to clarify, one can imagine that the other productions of the Newberry Consort’s 2019–20 season will be of a similar quality. I just hope that they have a bit of a better connection to their nominal protagonists.