The newly-appointed State Senator has championed a progressive agenda in the Legislature. 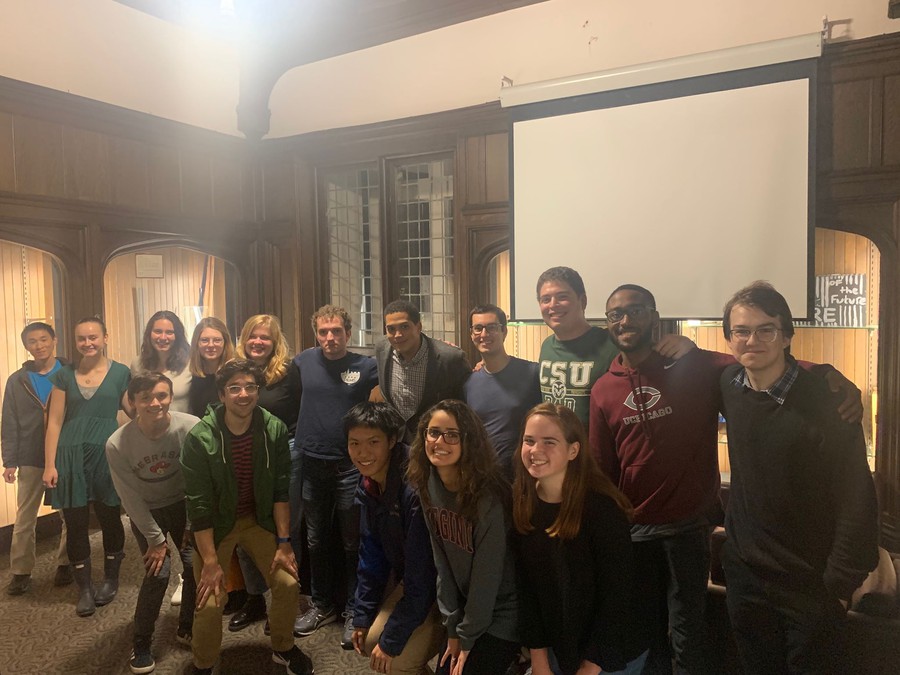 The University of Chicago Democrats hosted State Senator Robert Peters in the Trophy Room of Bartlett Dining Commons last Monday. Peters spoke about the origins of his political career and his experiences in the state legislature.

Peters represents the 13th district of the Illinois Senate, which covers parts of East Side, Hyde Park, Kenwood, South Chicago, South Shore, and Woodlawn. The district was once represented by former president Barack Obama.

He was appointed to the Illinois Senate in January to replace Kwame Raoul, who was elected Illinois attorney general in 2018.

Peters’s appointment drew criticism from some community members, in part because Peters had previously worked as a field deputy director and paid political consultant for Toni Preckwinkle, the Cook County Board president and a candidate in this year’s mayoral election, and had also worked for Fifth Ward Alderman Leslie Hairston. Both served on the committee responsible for Peters’s selection.

Peters addressed the criticism in his remarks, recalling it as “the most watched appointment I’ve ever seen.”

“A lot of people had a lot of doubt.… It was one of the most stressful times of my life,” he said. Peters said suspicions that he might be a “machine hack” were unfounded in light of his progressive qualifications. “I’m doing civil disobedience, I had supported Bernie Sanders, and I’m pretty radical in terms of my views.”

In August, Peters endorsed Vermont Senator Bernie Sanders in the Democratic primary for the 2020 presidential election.

Peters said he found his footing as a legislator following a brief brush with failure early in his term when he proposed a bill to end the so-called “pay to stay” system, under which formerly-incarcerated people could be sued for the cost of their incarceration.

“I get up there, and I present this bill, and I give this mediocre speech,” he said, “and then all of a sudden you see everyone’s ready to jump up and attack this bill.”

Criticism came swiftly from conservative senators. Peters said he wasn’t properly prepared and eventually tabled the bill in the absence of sufficient support.

“It taught me such a valuable lesson, which is why I’m so glad I took on a hard bill,” Peters told attendees.

When another version of the bill was introduced in the Illinois House of Representatives, Peters had the necessary votes and “had become pretty good at doing the grandiose speech on the floor thing.”

The bill was successfully passed into law in August.

One attendee asked Peters if he saw Illinois as a model for enacting progressive reform in other states, in light of its heavily-Democratic state legislature.

“Illinois and California are models—if you’re going to have that much power, you go bold, and they did that…and of course there’s more to be bold on,” Peters said.

He added, however, that “this may not hold forever.”

“We have to just always be organizing,” he said. “Let’s keep pushing. Let’s make areas that we were told aren’t progressive progressive because we’ve organized that much power.”