Requiem for the Taxi Building 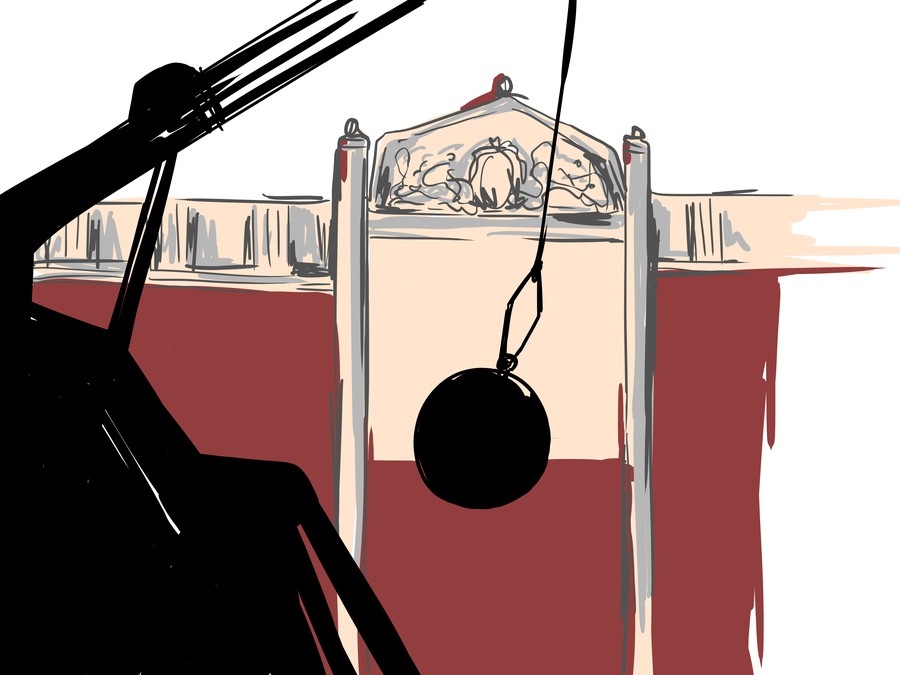 Last month, the historic American Taxi Service Building, built in 1928 and located at 56th Street and Stony Island Avenue, became the latest Hyde Park building to face the wrecking ball. While the Taxi Building was not a particularly notable piece of architecture, especially in a neighborhood that boasts multiple homes designed by Frank Lloyd Wright, its loss is yet another needless casualty in the relentless transformation of Hyde Park into a destination for luxury retail and residential development.

In September, the University announced the building’s fate. Described as “unsafe” and in “terrible disrepair,” an Office of Civic Engagement administrator presented the demolition as an unavoidable outcome, fated since the building failed a City code inspection this June.

At first, it may seem like there’s little to mourn in the loss of the Taxi Building. It was “historic,” but only in the way that decrepit buildings often are.  Unlike, say, St. Stephen’s Church at 57th Street and Blackstone Avenue, the Taxi Building added little to an already poorly traveled stretch of Stony Island Avenue—just another uninviting, crumbling facade.

Previously used by the Court Theatre and Facilities Services, the Taxi Building has been University property for decades. This history is what makes me skeptical of the University’s official line on “terrible disrepair.” It’s not as if the University purchased a building that turned out to be uninhabitable; instead, they allowed a building they owned to gradually deteriorate. Somewhere along the line, a good renovation would have kept the building alive; instead, the cumulative effect of decades of neglect doomed a historic structure.

More concerning than the building’s maintenance, however, is the University’s future plans. Per The Maroon’s reporting, there aren’t any: the lot will remain vacant indefinitely. Maybe for now, sure, but I’m willing to bet that a lot this size, across the street from Jackson Park and just steps from a major Metra station, won’t stay vacant for long.

The Taxi Building sat catty-corner to Solstice on the Park, a luxury apartment complex. The most immediately obvious possibility for its future is more luxury housing. Demolition alone is one thing, but seeing a unique historic building replaced by another grotesque luxury development along the lines of Solstice, Vue53, 5252, City Hyde Park, or Campus North Residential Commons would be a genuine tragedy, both on aesthetic grounds and—more importantly—for low-income residents already feeling squeezed by the rising rents that accompany gentrification.

But, luxury housing aside, it’s hard not to draw a line from the Taxi Building south, to the soon-closing Stony Island Hall on 57th Street, and an underutilized University parking lot on 60th Street, and wonder if the University has bigger plans to cash in on the Obama Presidential Center. I just hope it doesn’t end up a parking lot.

Sam Joyce is a fourth-year in the College majoring in Environmental Studies.