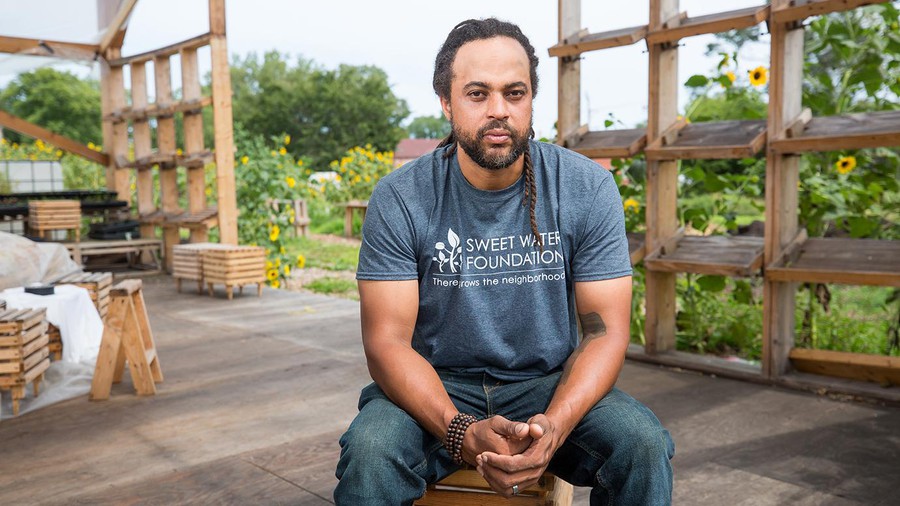 Visiting scholar and urban designer Emmanuel Pratt is one of 26 scholars to receive a $625,000 grant from the MacArthur Foundation.

Emmanuel Pratt, a lecturer in the Environmental and Urban Studies program in the College, was named a MacArthur Fellow in September. He will receive a $625,000 grant over the next five years, according to an announcement by the MacArthur Foundation.

Pratt is one of 26 fellows who were named this year, and is among a cohort that includes scientists, activists, artists, and historians.

Fellows are selected based on three criteria: their creativity, their potential to produce future creative work, and having an established record of significant accomplishments. Twenty to 30 fellows are named every year.

Pratt is an urban designer, and is also the co-founder and executive director of the Sweet Water Foundation, a nonprofit organization that uses agriculture, art, and education to revitalize communities on Chicago’s South Side. He also served as Interpreter in Residence for the Smart Museum of Art last year, and hosted a series of dinners that gathered other scholars and community leaders to discuss themes surrounding his work.

In a previous version of this article, Mr. Pratt is incorrectly referred to as a visiting lecturer, when he has been appointed as a lecturer. The Maroon regrets this error.