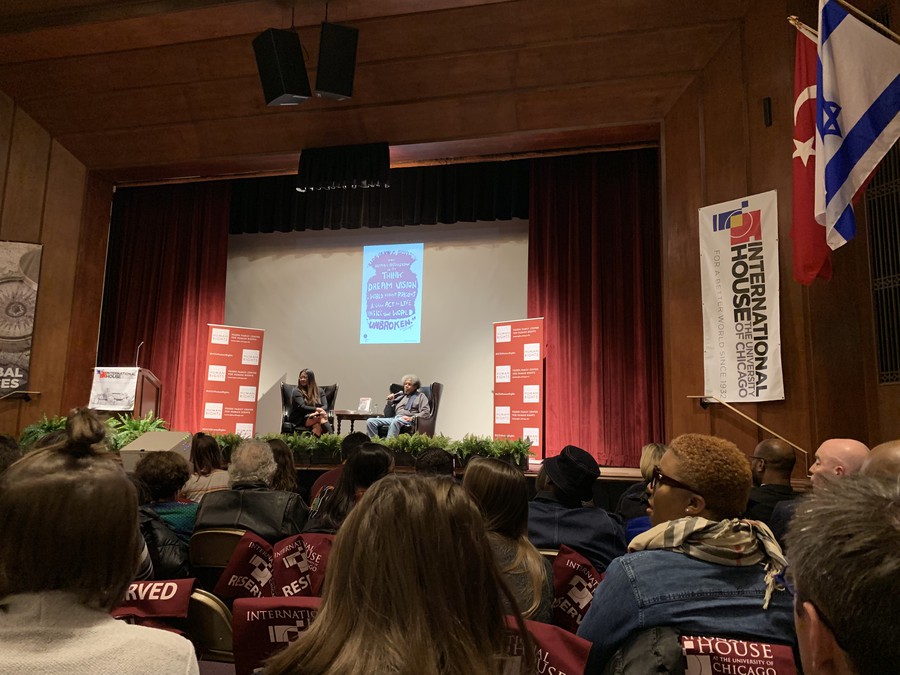 Growing up in poverty in New Orleans, Woodfox described himself as a petty criminal who was just trying to survive his situation, saying, “anyone who has had to survive really never gives any deep thought to the harm they’re doing to the community.”

At age 22, Woodfox was initially incarcerated in the Louisiana State Penitentiary, (also known as Angola) in 1971 for armed robbery and was later moved to solitary confinement from 1972 until February 2016 after the murder of a prison guard, a crime he maintains he never committed. He served the vast majority of his sentence confined in a six-by-nine-foot cell for 23 hours a day.

“[Solitary confinement] is the most brutal nonphysical torture you can inflict upon another human being,” Woodfox told the full room. “There’s no redeeming value. Its sole point is to break you; to break you as a human being, to break your sense of self-worth and to destroy your spirit. It’s a tool that should never be used.”

In Angola, Woodfox was a member of the Angola Three, a trio of Black Panther party members who exposed violence and human rights violations in the prison. The group also included Robert King and Herman Wallace.

According to Woodfox, the group also advocated for better conditions within the prison and led a 45-day hunger strike among inmates to force the prison administration to stop serving food by pushing it underneath the prisoners’ cell doors.

In response, the prison administration separated the Angola Three into different parts of the prison. However, Woodfox said, “We had a saying: ‘separated but never apart.’ Never touching, but always connected.”

Now Woodfox continues fighting for criminal justice reform, to fulfill a promise he made to his friends in the Angola Three. Woodfox was the last of the three to be released.

“Long before we got out, we made a solemn vow to each other that when we went free—not if we went free,” Woodfox said, “we would be that voice; we would put a face to the men, women, and kids behind bars and prison walls.”

Along with giving lectures around the world, Woodfox wrote a book about his experiences entitled Solitary: Unbroken by Four Decades in Solitary Confinement. My Story of Transformation and Hope. At the event he signed copies of his memoir for audience members.

In reflecting on his early life, Woodfox felt his mother had a profound impact on his journey to political and social awareness. Closing his lecture, he advocated for more progress to be made through collaborative work such as his actions with the Angola Three in abolishing solitary confinement throughout the world and overall protecting the human rights of incarcerated people.