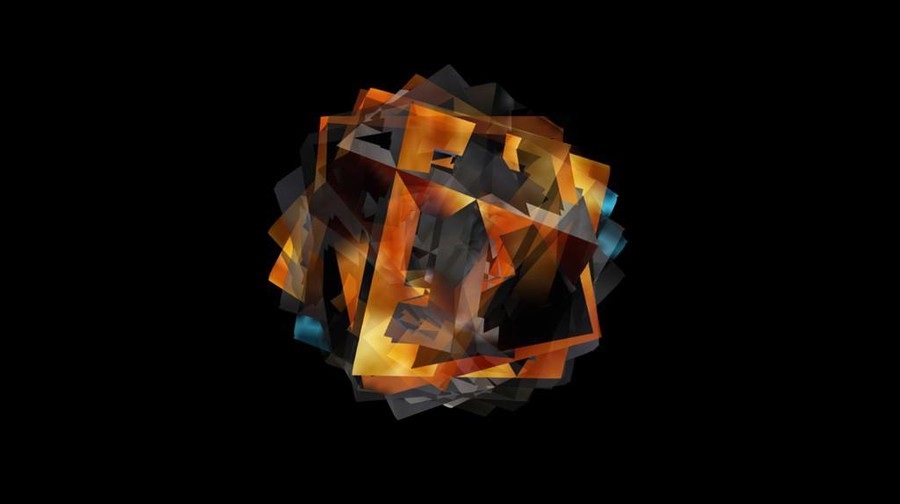 From Anishnabe artist Scott Benesiinaabandan's "Blueberry Pie Under A Martian Sky," featured in last week's exhibit at the MADD Center.

Note: The University of Chicago is located on the traditional territories of the Council of Three Fires—the Odawa, Ojibwe, and Potawatomi nations. Despite centuries of ongoing colonial violence, tens of thousands of Indigenous peoples continue to call Chicago home.

The future holds infinite possibilities. It can therefore make for some of the most challenging and inspiring works of art. Such speculative art allows us to live, if only for a moment, in a concrete vision of what our collective fate may be, returning to the present afterward with a renewed sense of possibility. It is no wonder that futurisms are often closely associated with political movements. From early Italian and Soviet futurism to contemporary Afrofuturism, feminist science fiction, and young adult dystopian novels, speculative works expose processes of social domination and exploitation.

From November 14 to 15, four Indigenous artists shared their futures at the VR lab in the Media Arts, Data, and Design (MADD) Center using virtual reality experiences set 150 years in the future to bring attention to the present-day violence against Indigenous peoples and the dispossession of their land. Colonial depictions of Indigenous people often treated them as existing outside of time or behind progress. Even contemporary discussions of indigeneity often focus on the moment of colonization and regard Indigenous people as part of a mythic North American past. By taking control of a futurist vision through the newer media of virtual reality, the four five- to seven-minute works in Indigenous Futurisms in VR are powerful and surreal experiences.

I began my tour of the exhibit with Each Branch Determined, made by interdisciplinary art collective Postcommodity. Each Branch Determined was a trip through an imaginative New Mexican landscape, where Native Americans exercise communal self-determination and restoratively manage natural processes. Next came The Hunt by Danis Goulet, a live-action rendition of how Indigenous cultural processes and relationships with the colonial state may evolve in a hyper-policed future. Honour Dance by Kent Monkman surrounds the viewer with dance reinterpretations of a traditional ritual that goes beyond the gender binary. Meanwhile, Blueberry Pie Under a Martian Sky by Scott Benesiinaabandan follows an Anishinaabe legend that takes the viewer through a wormhole to the place of his people's origin.

Much of the criticisms of the work involved the relative nascence of the VR medium itself. The 3D graphics were sometimes strikingly low-resolution, breaking immersion and distracting the audience from the central message. Additionally, many of the scenes did not use the full potential of the technology as a means of interactive art, opting for a more cinematic approach. VR is a delicate medium, however, lacking a robust theoretical background and well-defined methodological approach—for now, at least. These “weaknesses” also allow for a breadth of experimental possibilities that the artists artfully take advantage of. The result is a collection of semi-linear narrative experiences that cement their creators in the avant-garde of burgeoning new media.