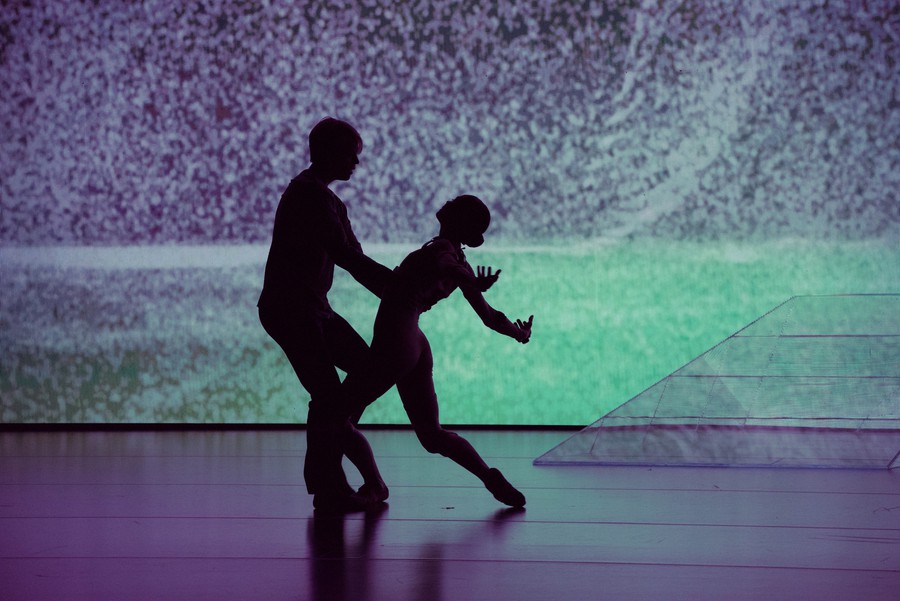 It’s not very surprising that Sleeping Beauty tends to get slept on.

Though there are many variations of the story, told with varying degrees of macabre and grotesque tones, the tale of Sleeping Beauty is ultimately that of a helpless princess doomed to sleep for 100 years until a prince wakes her with a kiss. All we get from that is that she’s a beautiful, but secondary character in her own story. She’s not given a chance to develop as a character, form relationships, or show any personality.

Sleeping Beauty Dreams is a beautifully chaotic amalgamation of contemporary dance, engaging electronica, precise lighting, and most strikingly, groundbreaking, real-time animation. Loosely based on The Sleeping Beauty, Tchaikovsky’s timeless ballet, this epic tale is truly a one-of-a-kind show that takes huge steps away from depicting the age-old story of Sleeping Beauty to explore the troubled mess of her dreamscape while she is forcefully sedated for 100 years.

This haunting examination is brought to life by avatars, imagined and visualized by Tobias Gremmler, a digital artist who has previously worked with Björk and also developed designs for various companies.  Animated through a partnership between FUSEFACTORY and Perception Neuron / Noitom, the avatars move simultaneously with Princess Aurora through the 14 motion sensors sewn into the costuming. 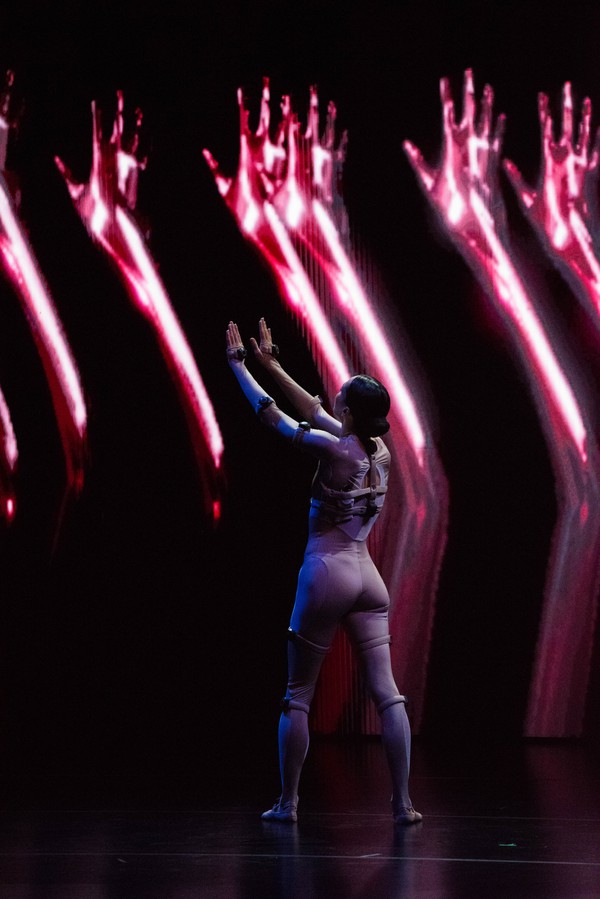 FUSEFACTORY and Perception Neuron/Noitom collaborate to produce the stunning motion sensor-based animation in the production.

The story of Princess Aurora, played by world-renowned prima ballerina Diana Vishneva and international ballet school founder Mi Deng, opens with the princess seeing herself on the huge backdrop behind her, on which are projected larger-than-life avatars loosely mimicking her movements. As the first act goes on, her self-visualization fades to gaseous demons of Fear, Greed, and Horror. They are formless and sentient extensions of herself. All she has is her own consciousness—there is no shield or barrier that could prevent the demons from dominating her. As her soft fluidity is lost to harsh, panicky jerks, her movements call to mind demons breaking their way into her body, bones, and soul. The nightmares on the screen take many forms as the music purposely grates against the ear drums to encapsulate the complete crisis of the situation. The scene is also replete with a myriad of monsters, ranging from spider-like hybrids to vertebral abominations. Despite this, her connection to the avatars on the screen is absolutely present. At times it is a question of who controls whom: Does the dancer control the avatars or do they control her? Have the demons taken over? 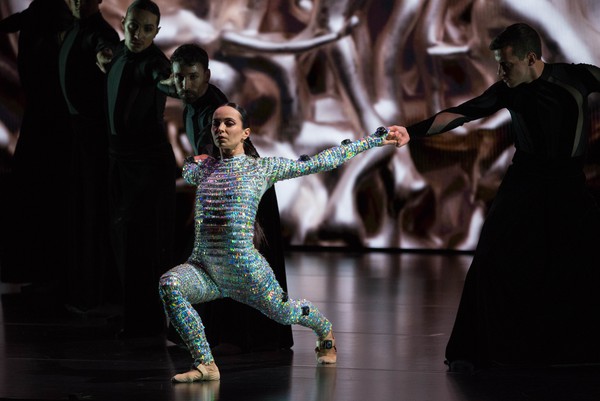 At the Chicago Auditorium, "Sleeping Beauty Dreams" offers a glimpse into the subconscious struggles of the eponymous fairytale character with fear, temptation, and identity.

Eventually, the scenes change and a sleeping Briar Rose is joined on stage by a company of white-robed men. They perform a ritualistic-type dance, and we’re left to wonder what they could possibly mean to the princess. Are they simply the narrators, meant to push the story along, or are they conjured by her mind to assuage her fierce loneliness? Perhaps one of the most stunning aspects of the whole performance is its total ambiguity. It’s impossible to know for sure how the princess truly feels about anything—all we know for sure is that she feels something.

Aurora’s duets with the prince, played by Marijn Rademaker, principal dancer at the Dutch National Ballet, speak in a way that words never could. In the first act, they move fluidly around each other and continuously surrender leadership to each other, reflecting deep connection and mutual understanding. Once that connection is established, they move from getting acquainted with one another to creating something completely new together. Pushing and pulling beautifully to an ethereal backdrop and heavenly music, their caressing movements speak of first loves and joy. 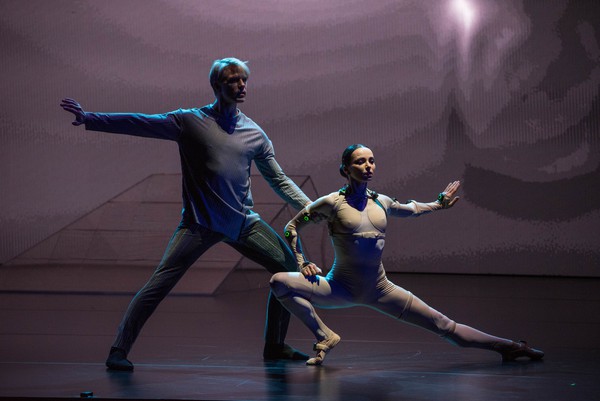 By the intermission, all you can really do is marvel at what you have just seen and fruitlessly try to make sense of any of it. Where do dreams become reality? Is the prince real or a fabrication of her consciousness? Is this what Disney meant when the song went, “I know you, I walked with you once upon a dream…”? It is striking how their love seems more than just a prince’s passing fancy for a beautiful sleeping princess, and instead gestures at something that spanned deeper than consciousness, woven into the very fabric of their beings and their destinies. Yet, still lingering behind the couple’s beauty are questions concerning the mysterious demons of her nightmare: did she eradicate her demons or did she simply accept them as a part of her?

The second act is just as charged. Though the princess had found company previously, she enters the stage alone once again. We’re given the sense of an even more profound loneliness, heightened by the passing of decades where all she can do is float around in a sluggish stasis.

Aurora’s next fight seems to be one against Temptations, including her own fury. We watch as she dances her way through discovering her true self, festooned in a glittery bodysuit, in contrast with her simple white bodysuit of the first act. She also amasses various glamourous articles, such as a large golden silk or a gossamer shawl, all while she is mirrored by the golden masks and faces being projected on the screen. It seems as though she is desperately trying to figure out who she is and when she realizes that she doesn’t actually know, she panics. Large bursts of white flashing lights and harsh bass-filled booms of sound melt into the return of her companion, who pulls her out of this cacophony with The Kiss. At last, as she begins to wake, we see the crumbling of the “dream self” as she takes the physical steps to ascend into wakefulness.

Though I saw this production at Auditorium Theatre in Chicago, only two dates remain for the 2019 Sleeping Beauty Dreams Tour. It has yet to be announced whether the show will continue to perform in years to come, but with a show as visually stunning and engaging as this, I’m certain this will not be the last of Sleeping Beauty Dreams.