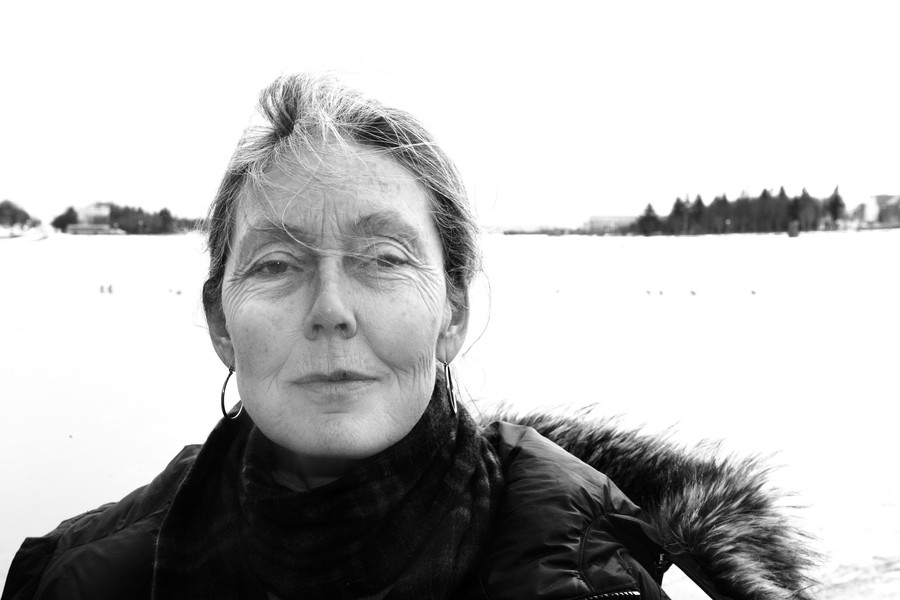 The beginning of December ushered in Anne Carson’s long-awaited visit to UChicago for a series of three lectures and two conceptual art workshops. In a collaboration between the creative writing department and Critical Inquiry, the lecture series began Tuesday, December 3 with a meditation on “Stillness,” continued Wednesday night for a reflection on “Corners,” and ended Friday with a lecture-performance hybrid entitled “Chairs.”

Like Carson’s written work, which blends poetry with prose in rewriting and translating Greek classics, her lectures discarded conventional notions of genre in favor of mixing together scholarly research, personal history, etymologies, and performance. She began tracing the idea of stillness through art by examining Helen of Troy’s introduction in Agamemnon, John Cage’s 4′33″, and punctuation in Virginia Woolf’s unfinished novel, Between the Acts. The semicolon, she argued, has an “inside/outside feeling of time,” which translates the experience of stillness to the page, necessitating a pause, or hesitation, before linking two complete clauses together. Her lectures were full of hesitations, not necessarily in the sense of an audible silence (though those were naturally present as well), but more so in the way she thematically connected the disparate content of her lectures. She likened the experiences of asylum seekers to the inside/outside time of a semicolon, forced into an in-between space amid death, existing as “the foreign among living.” In “Corners,” she spoke of her father’s dementia as another example of in-between space; as his identity began eroding through gradual memory loss, she said “he is becoming an X-ray of himself.”

During a Q&A at her workshop, in response to a question about how ideas take form, Carson said that “ideas have no shape,” but are something we can “float” in and out of. In “Corners,” she was interested in the way Greek tragedies take place in a house and human tragedies in the mind. But her father lost the corners of his home, no longer able to take shelter in his sense of self. His mind began to exhibit a shapelessness like that of ideas, the X-ray version of himself mediating the space between life and death. So, he left Post-it notes on kitchen appliances in an attempt to locate himself in his physical home. Carson then spoke of the house as a psyche, with each corner a boundary, language as control. At this point, each of her new thoughts was beginning to feel overwhelming, and ironically, there were no hesitations in which to dissect all that she was saying.

Carson acknowledges a discordance in her work: During “Chairs,” she admitted the concept for the lecture series (stillness + corner = chairs) seemed obvious to her at first, but later led to a dead end in her research. “Corners” changed pace several times throughout, moving from the history of the electric chair back to the semicolon, and ending with a recitation of “Seated Figure With Red Angle (1988) by Betty Goodwin.” This poem, based on the aforementioned painting by Betty Goodwin, is composed of 73 “if” statements; Carson claims the conditional is the perfect way to understand hesitations. Jonah Bokaer danced with, on, and around a chair throughout the lecture and poem recitation, contrasting the return to stillness with his constant movement.

“What is a lecture?” Carson asked the audience at the beginning of “Stillness,” before answering her own question moments later: “a breaching, an interference.” In character with her other work, Carson upended our expectations by concluding the lecture on an interference of stillness by movement. Then, she and Bokaer exited the stage together, leaving just the chair behind.