Taking Tea with the Festival of the Arts: Student Artists Create Their Own Space 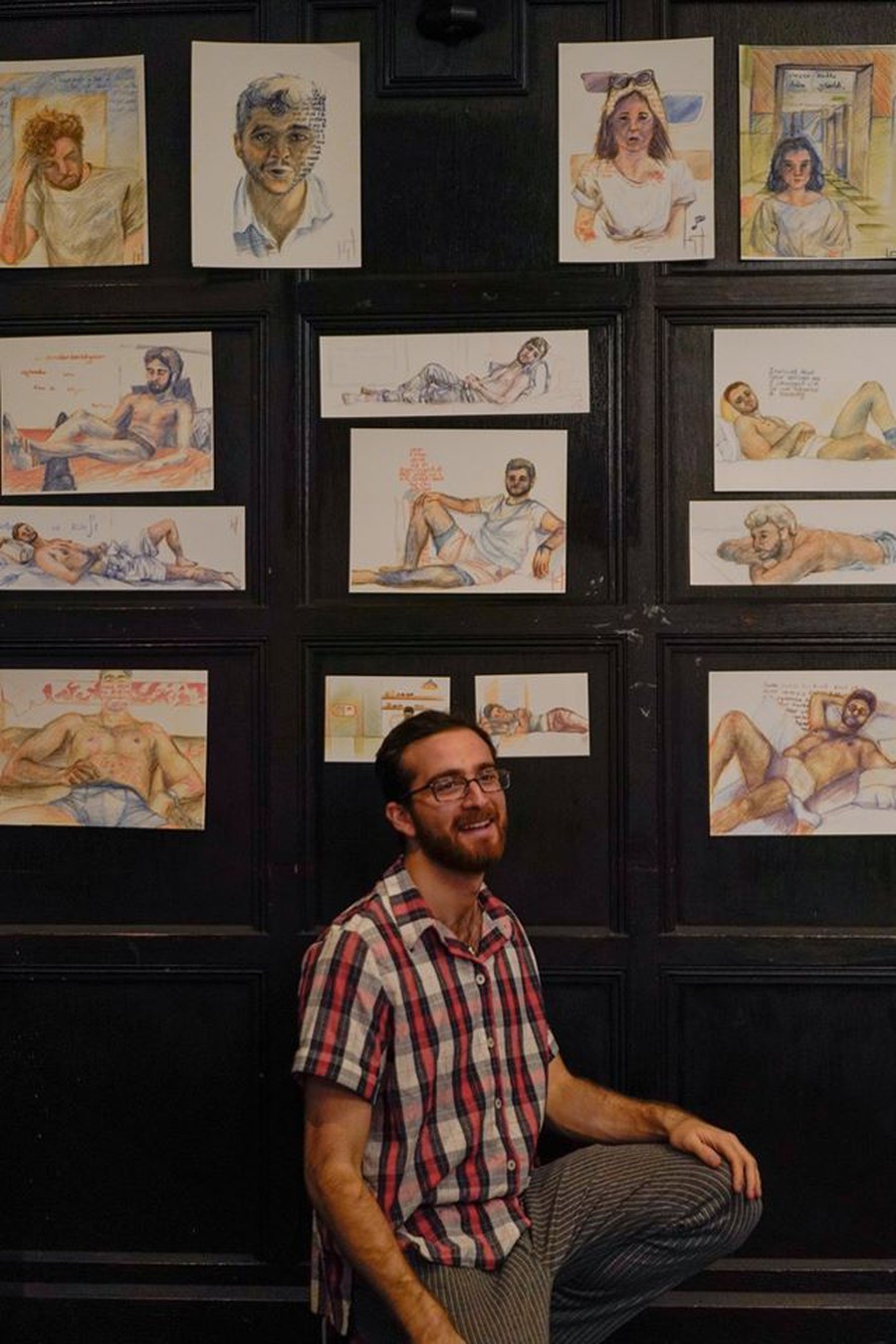 On November 20, with the sun long since down amid a wonderful assortment of beverages and cookies, the doors of McCormick Lounge opened up to reveal a wonderful gallery of student work. The art on display was part of the Festival of the Arts (FOTA)’s fall gallery, “Twilight Tea.”

Whether you were looking for sculpture, painting, sketch work, video art, or something in between, there was a range of pieces wide enough to draw in an equally wide range of viewers. Cerebral and experimental works like Elizabeth Myles’s untitled sound and video piece, were displayed alongside more whimsical fare like Andy Yang’s paper sculpture, titled I hate squirrels. And if you really liked something you saw, you could check to see if they had a version of it on sale over at the posters stand.

But by far the best part of any FOTA showcase is getting to speak with the artists themselves. For this show, all the artists were asked to build their submissions around a particular theme. For Majda Al Malki, that was The Hue of Infinity, a series of works on different subjects all featuring the color blue. When I asked her about it, she told me about how, even as she changed styles and forms growing up, “the one thing I kept working with was the color blue.” In talking about her painting South Shore, a thoughtful rendition of a familiar sight to those who spend time near Lake Michigan, graduate Rosemarie Mele (A.M. ’19) told me that during her studies, “My center of peace was definitely that shoreline.”

Of course, it could be a little hard to get in a word with the artists when the show is in full swing. That was certainly the case with Kaan Tarhan, whose sketches, all under the banner of “Chat & Sketch,” were well attended by a crowd of viewers and friends all night. His pieces juxtaposed sketches of acquaintances and friends with written text of their own words. Tarhan had a lot of interesting tidbits to share about his work. “Over the summer, I used Tinder to find people to meet and talk to,” he said, although he mentioned he’s been continuing this series with current friends of his. “Last week was beautiful. I can’t focus now,” read the Turkish text next to a sketch of a close friend—in reference, Tarhan explained, to his friend’s dismay over her inability to sketch a chair one week as well as she had the last.

But, it wasn’t just aesthetic insight that emerged from talking with the artists on display that night. One thing that became clear was the importance of FOTA for the people there, especially given the difficulty UChicago students face if they want to be an artist without pursuing a visual arts major. Two of the organizers, Kriti Mahtab and Isabella Zanobini, said that FOTA’s mission is to provide a space for just those sorts of people, including in the literal sense of providing studio space. “I’m really glad there’s an RSO offering programming and funding, given the University’s indifference,” Tarhan remarked.

That’s part of what made Twilight Tea such a memorable experience. The student-organized and student-made nature of the event shone through. All throughout the evening, a convivial mood took hold of McCormick Lounge.

The fall exhibit is far from FOTA’s only event of the year. Keep your eyes peeled for more info on the “Sight x Sound” showcase running in the winter and the application-based FOTA Fellows initiative.