Time to Listen to Your Crazy Uncle

Taking the time to really listen to your older relatives’ beliefs, no matter how outdated, is more important than you think. 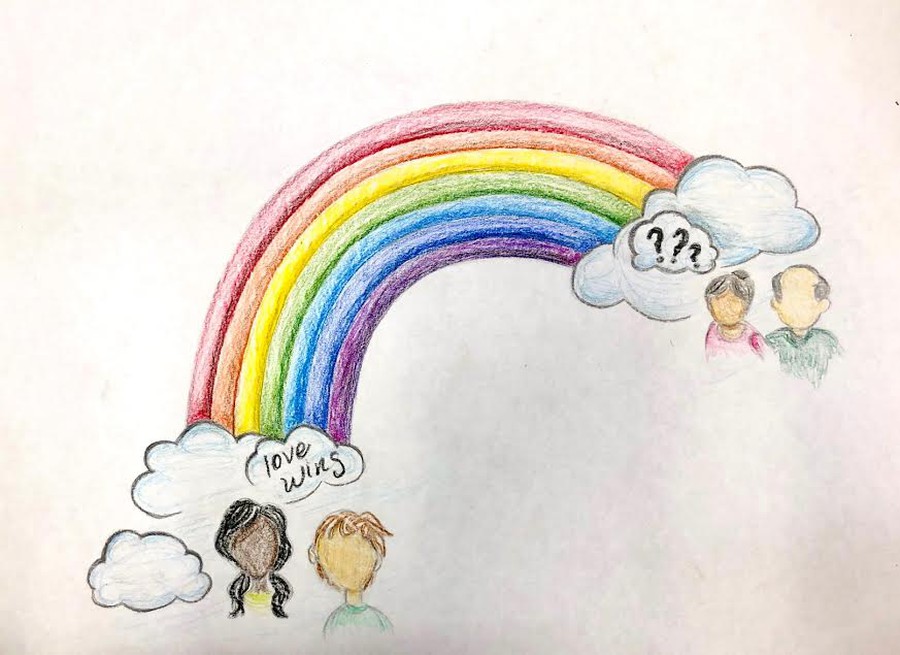 Every Thanksgiving, surrounded by older relatives who understand the world differently than I do, I am reminded of something that we don’t always acknowledge: listening well is hard. It is hardest when someone disagrees with one of our fundamental beliefs, but that is when we must listen best. Until we learn how to truly listen well, we will never truly be able to learn from and understand one another.

Last Thursday, I left Chicago for Buffalo, New York to celebrate Thanksgiving with my mom’s side of the family. She has eight siblings—five brothers and three sisters. All but one of them are over 60, and strong opinions run in the family. Most of my relatives, particularly my older uncles, did not have the kind of progressive social education that I did; they were not exposed to feminism, queerness, mental health, and a range of other issues to the same degree or in the same lens as I was. This means that many of their opinions don’t align with mine.

Sometimes my older relatives’ lack of knowledge means their vocabulary is out of date. For example, I still hear some of them calling people with learning disabilities “retarded,” using “gay” as a slur, and joking about serious issues like anxiety, depression, and our generation’s focus on mental health. I’m sure this is a familiar experience for many of us with older family members and acquaintances. It can be tempting to give these relatives a pass so that we can avoid confrontation, especially if your family is like mine and prone to confrontation anyway (perhaps not totally sober, either). Sidestepping the issue might seem like the smart choice in the moment too; in fact, with certain relatives, depending on your comfort level with the topic, it might actually be the right choice.

I know intervening in these situations is both challenging and uncomfortable. But our generation can’t just sit idly by while our relatives use the problematic language of the past. In fact, the longer they go without having this language challenged, the more they will think it is appropriate. This not only perpetuates misunderstandings about the world, but also those misunderstandings’ potential to actively hurt members of marginalized and vulnerable communities.

In the past, listening to my family members’ antiquated language has made me indignant. Don’t they live in the same world I do? Don’t they hear the wrongness of the words they’re saying? The answer is, for many of them, no and no. The reality is that I don’t live in the same world as my 60-something-year-old uncle. He and I have vastly different experiences, simply because of the distance between our birthdays. This distance means he was at Woodstock and saw R.E.M. in their heyday, it means he was at the concert in 1965 when Bob Dylan went electric, and it means that he remembers when cellphones were a science fiction dream.

But it also means that he grew up in the 1950s and ’60s, when words that are now considered slurs were widely accepted. It means that he is surrounded by friends who also grew up in that period, who use the same language he does and create a microcosm where that language isn’t seen as problematic.

Living in the United States in 2019 means that he has, despite this microcosm, observed our generation’s shift away from the words he used freely in his youth. He has even made an effort to adopt some of them, especially around his younger family members. Caitlyn Jenner came up in conversation, for example, and he described her using she/her pronouns, refraining from offensive comments about her identity as a transgender person. This kind of shift is a great start, and I appreciate his effort to make changes. However, changing our language alone doesn’t solve the root of the problem. What my uncle really needs to do is understand why these different words matter.

If we continue to give older people a pass because “they grew up in a different time,” they will never achieve this understanding. They will, instead, continue to use offensive words, continue to hurt others with those words in the process, and become fossils of the past living in the present. We cannot let this happen. Instead, we must hold older people accountable for their language the same way we do members of our own generation. Most importantly, we must work hard to ensure these older figures in our lives learn why this new language is so important. Anyone can learn that the things they said when they were young are no longer appropriate—we have older social activists in every generation who prove this. We can facilitate this learning if we work to understand why older people might not understand the issues with the words they use and try to meet them where they are so that they can.

This is where the listening part comes in. Indignance at what I see as offensive language and my urge to correct my relatives’ underlying thought processes may be well-meant, but getting angry and making my uncle feel guilty is not the answer. After 20 years of Yerkovich Thanksgivings, I know that listening to someone and trying to understand them does not mean that I condone the offensive parts of their opinions. Rather, it is an integral part of a larger conversation. I’ve found that my older relatives’ reasons for using the words that they do often come from a core misunderstanding about what the word means to those who hear it. And, try as we might, we cannot find out what that misunderstanding is without first listening to them. Once you have listened, use what you hear: let your relatives know that you understand where they’re coming from, and calmly present your perspective. A calm argument is not weaker than a passionate one—the opposite is true, in fact. Keeping your cool and articulating yourself well may feel less satisfying in the moment, but it is the only way to make the other person in the conversation want to listen to you. If they feel attacked, misunderstood, or demonized, they will block you out. If that happens, any chance of a productive conversation will be lost.

We don’t have to agree with our relatives all the time, nor should we expect to. Generational differences will always exist, but that doesn’t mean we should dismiss our relatives’ opinions simply because they are different from ours. Listening well to someone else allows us to disagree in a way that will help the other person listen better to us.

Elizabeth Winkler is a second-year in the College.