Update (1:53 p.m.): CPD released a statement to The Maroon: “An armed robbery occurred on the 1700 block of West 119th Street where multiple offenders entered and robbed a commercial business. The offenders fled and were ultimately apprehended in the area of Woodlawn and 59th Place. Charges are pending.” The robbery occurred around 11:23 a.m.

UChicago told the campus community to stay inside as police canvassed the local area looking for a suspect involved in an armed robbery off-campus. One CPD officer told The Maroon at around 12:15 p.m. that it was safe for students to go outside. Police said they apprehended all five suspects and the University issued an all-clear message at 12:49 p.m.

At around 11:48 a.m., a stolen black Dodge Charger believed to have been involved in the robbery of a GameStop ran a red light on the intersection of Midway Plaisance and South Woodlawn Avenue, supposedly while chased by police. In the process, it ran into two additional cars, damaging both significantly. The driver of one of the vehicles escaped without injury but the status of the other driver is unknown. 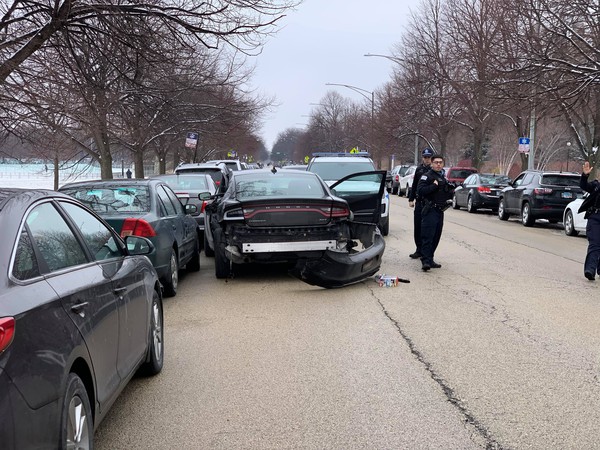 The black Dodge Charger that witnesses say belonged to the suspects was involved in an accident near the intersection of South Woodlawn Avenue and the Midway Plaisance.

The suspects fled their Dodge Charger, and police pursued. One of the suspects was arrested immediately after the crash, according to an e-mail sent by the University after the events at around 4:25 p.m. Around 30 police officers cornered multiple suspects in the Saieh Hall of Economics, though it is unclear whether all the remaining suspects fled inside the building.

The suspects in Saieh were later apprehended at around 12:40 p.m. Police on scene said no one was hurt inside Saieh and there was no substantial property damage.

At least two classes—Econometrics and Psychology Research Methods—rescheduled midterms that had been scheduled to take place during the incident, according to two students who spoke to The Maroon.

A witness interviewed in Saieh on Tuesday said 10-15 officers ran into the building and started running up and down the main stairwell looking for suspects. Officers said they were looking for three suspects from an armed robbery, the witness said. She was told by police to shelter in the basement, and officers came to search the basement while people were sheltered there, though they were focused on upper floors. She saw two people who appeared to be under 18 in handcuffs. 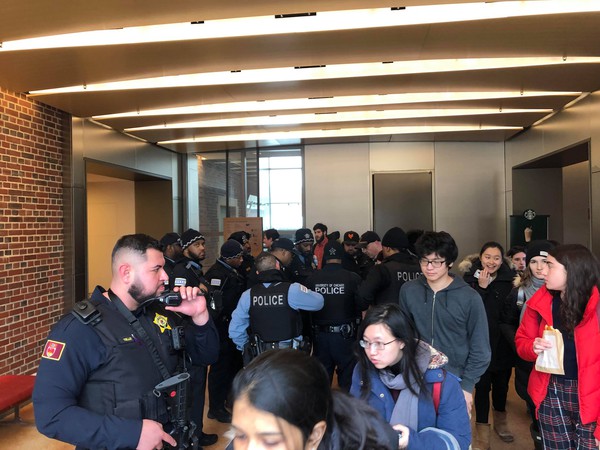 Police evacuated students from the Saieh Hall of Economics at around 12:30 p.m. 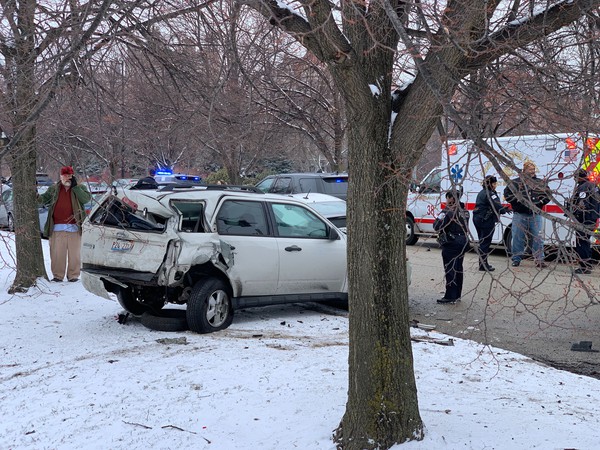 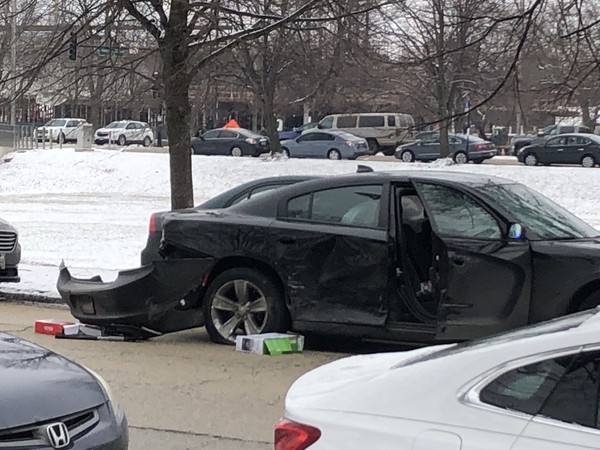 At 1:30 p.m., video game boxes were seen on the ground by the black Dodge Charger on Midway Plaisance near the intersection of South Woodlawn Avenue.

The GameStop is about eight miles from campus. Scanner traffic indicates there was a high speed chase on Lake Shore Drive. Video game boxes were seen next to one of the crashed vehicles. 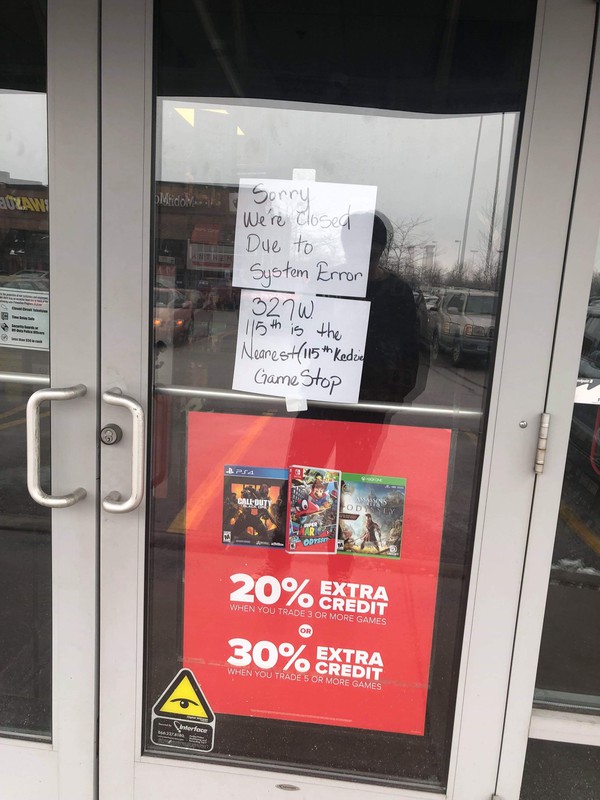 The GameStop was closed as of 1:45 p.m. and officers were inside.