CSO Dazzles with a Unique Rendition of Rachmaninoff and Tchaikovsky 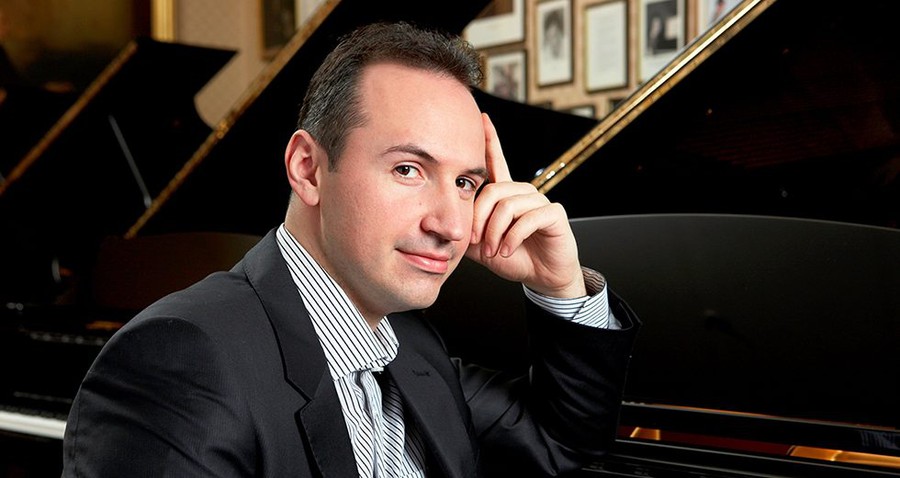 The evening began with Rachmaninoff’s third concerto, often considered one of the most technically demanding piano concertos ever composed. A complex and emotional composition conceived at the dawn of the 20th century, the three-movement concerto moves from soft passages to awe-inspiring climaxes of iconic melodies within the contemporary classical repertoire.

The first movement began with a gentle and somber theme in D minor that develops into piano cadenzas, which Trpčeski handled with immense virtuosity. The second movement was introduced by the orchestra, leading to a main melody that resembled the themes explored in Rachmaninoff’s famous second concerto. Romantic and melancholy, Trpčeski and the symphony brought the piece to life with a mildly paced yet nuanced rendition, containing no shortage of emotive expression. The ensemble quickly transitioned into the third movement, reprising the main melody of the first movement. After a lengthy development of familiar themes, the concerto concluded with a fast and triumphant climax. This was met with thunderous applause and a lengthy standing ovation.

Trpčeski displayed a thorough understanding of the piece with an expressive and detailed interpretation of the demanding concerto. Trpčeski integrated his part remarkably well with the rest of the symphony, giving the orchestra the spotlight when the music called for it. The CSO displayed its usual fantastic form under the baton of Heras-Casado, remaining synchronized and dynamic throughout, complementing Trpčeski’s expressive style of playing.

Trpčeski’s performance was no exception to his charismatic persona, as he swayed with confidence and flamboyance, giving an abundance of energy and momentum to the 40-minute piece. He brought an inexplicable sense of lightness and joy to the traditionally somber and stirring concerto. An encore was given in the form of a light-hearted piano rendition of the “Dance of the Sugar-Plum Fairy” from Tchaikovsky’s *Nutcracker Suite*.

Tchaikovsky’s first symphony is one of his earlier notable compositions, which he composed for pianist and close friend Nikolai Rubinstein. The conception and finishing of the piece was especially taxing on Tchaikovsky. According to Phillip Huscher’s concert program, the piece was met with harsh criticism and little enthusiasm from Tchaikovsky’s mentors and the public. Extensive changes were made and by the time the symphony was first performed in its entirely to positive reception, Tchaikovsky said, “I have a soft spot for it, for it is a sin of my sweet youth.”

Heras-Casado, a conductor known to collaborate frequently with major North American orchestras, conducted with passion and power, displaying a dynamic and youthful interpretation of the symphony. The CSO concluded the evening with a performance full of contrast and expression, drawing the audience into a piece not as immediately recognizable to the general public.