Taylor and Johnson Carry Votes in 20th Ward; Will Head to Runoff Election in April 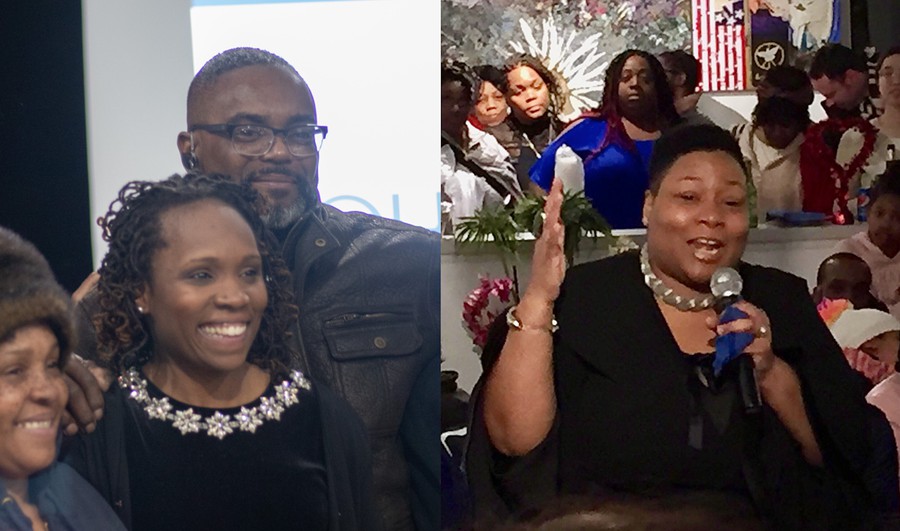 By Alex Dalton   and Isha Jain

The race for 20th Ward Alderman will head to a runoff following a close finish between community organizer Jeanette Taylor and educator Nicole Johnson, who received 29 percent and 22 percent of the vote respectively. Runoff elections occur when no candidate receives more than 50 percent of the vote.

“It feels bittersweet,” Taylor told The Maroon, because “I’m going to be in a runoff against Nicole Johnson, and I never wanted to be a sister against a sister.” Still, she added, she’s mostly excited.

“We are going to get somebody who is going to stand up and fight, and it just will really push the envelope for what happens in Chicago now,” she said.

Both Johnson and Taylor are newcomers to city government, as opposed to other candidates who ran for 20th Ward alderman such as Kevin Bailey, 20th Ward Democratic committeeman, and Maya Hodari, a director of development at the Chicago Housing Authority who was endorsed by the Chicago Tribune and the Chicago Sun-Times.

Duane Clayton, a member of Johnson’s campaign and a Chicago Public Schools teacher, said that one reason candidates such as Johnson and Taylor received so much support in the ward is because “we need people who are not in politics, who are not the status quo. Johnson’s slogan is ‘We deserve better,’ and that is why I think people like her are doing so well.”

“Many voters feel incredibly disconnected. Even candidates who are nominally Democratic are really just serving the interests of people with money and exploiting the system,” he said. “The ward knows that they’re not going to stand with the community, and that is why outsider candidates and candidates really coming from this community are gaining so much support.”

Julia Attie, another third-year UChicago Student Action member, cited the fact that Taylor has “taken on the University of Chicago admin” as another source of her appeal. Taylor has been among the most vocal advocates for a Community Benefits Agreement for the Obama Presidential Center, which the University has so far refused to sign.

Candis Castillo, Taylor’s campaign manager, described Taylor in opposition to Johnson, saying that Johnson “asks everyone to donate. We do not. We do not get donations from people who harm our community."

Johnson indirectly invoked Taylor, saying, “I’m going up against—and I have already gone up against—people that are two times my age, have two or three times more experience than I had, had a whole lot of union money. I still got up every day and committed to it every single morning.”

Taylor beat out Johnson as the candidate with the most campaign funds in the race, thanks in large part to sizeable contributions from the Chicago Teachers Union, Service Employees International Union, Chicago Federation of Labor, and the Teamsters.

“I feel like I saw Nicole out as much as she saw me out,” Taylor said, “and it was one of the reasons why I don’t think she challenged me, because she saw me doing the work.”