Finding Solidarity At The Smart

Last Monday, the Smart Museum opened its doors to its annual Winter Opening, inviting viewers to dive into the racially charged, the politically motivated, and the expressively abstract.

By Christine Yan   and Lynn Chong 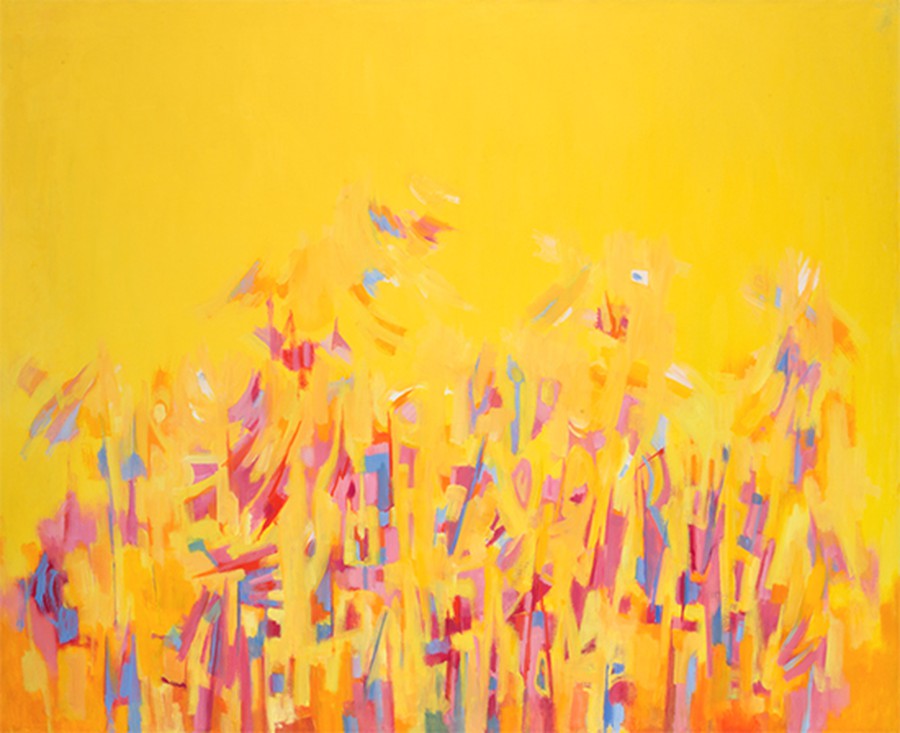 On the verge of the polar vortex, the Smart Museum hosted its winter opening to a packed gallery Monday night. While temperatures outside plunged, the museum was a space of warmth and camaraderie. The first exhibition, Solidary & Solitary, displays works from the collection of Pamela J. Joyner and Alfred J. Giuffrida, who approach the acquisition of art with a unique mission: to change the conventionally white art-historical canon in so many museum collections.

Historically, white men have determined what constitutes great art, and as such, the halls of museums are often lined with masterpieces created by white men. With Solidary & Solitary, collectors Joyner and Giuffrida actively strive to change this tendency, showcasing the works of Black artists across various mediums, many of whom work with abstraction. The collection simultaneously highlights the independence and originality of these artists and examines what it means to be a Black artist. These artists faced the expectation that their works would have to reflect their experiences of being Black, and many sought to strike a balance between doing so while still creating art for its own sake.

This struggle is visible in the work of Norman Lewis (1909–79). After working with social protest art for some time, he moved towards abstraction in the 1940s, creating pieces like “Afternoon” (1969), a Color Field painting hung at the entrance of the exhibition. However, his style is completely distinct from the monochromatic swatches of canvas that may come to mind; the painting is a vibrant riot of color, with chunky, repetitive brushstrokes layered across the bottom of a brilliant yellow background. These brushstrokes call to mind a collection of figures, a motif that recurs throughout Lewis’s work.

Similarly, in “Untitled (Circular Procession of Figures)” (1953), a group of figures swirl around what appears to be a maelstrom, inexorably drawing them in to a point just right of center. He renders each of the figures in the procession with only a few thin strokes. They are remarkable in their level of detail, especially considering their miniscule size.

Sam Gilliam, born 1933, also worked within the school of Color Field painting, but his use of medium and dimension began to push the limits of the school’s conventions. Most apparent is Gilliam’s use of a variety of materials in his work, from aluminum powder to unstretched canvas. By using these varied materials, Gilliam plays with texture and dimension in unexpected ways, as seen in his 2010 work “Melody,” acrylic on birch. Here, he adds physical layers to his work in the form of wooden planks, which, when combined with bars of black paint, calls to mind the staff on a sheet of music. A few scattered blobs of paint evoke music notes, but for the most part the paint swirls around with no specific geometric form. The free-flowing brushstrokes mark a stark contrast to the hard-edged spaces created by the planks and bars, transcending those confines completely.

Also on view are four of the “Lynch Fragments,” a series of sculptures started by Melvin Edwards in 1963 in response to the tumultuous climate of racial violence. Made of welded steel, the fragments are composed of various elements fused together, including spikes, barbed wire, padlocks, and an axe. Despite the diminutive size of each of the fragments, they evoke a sense of force and brutality through the chains that bind them. Edem Ossai, an Obama Foundation Scholar at the Harris School of Public Policy, gave an insightful presentation on this piece, one of a series of enlightening talks delivered by graduate students throughout the galleries that night. She pointed out the symbolism of the various objects crushed together in the sculptures, reminding viewers of the human cost of imperialism and capitalism. Components meant to cause pain or bondage, combined with the visceral quality of the unfinished steel, made the work all the more thought-provoking.

Solidary & Solitary was not the only star of the Smart Museum’s winter opening. Adjoining it was Smart to the Core: Embodying the Self, a visual addendum to the popular Social Sciences sequence Self, Culture, and Society. The exhibition bustled with students laughing about moments from class, running into classmates and professors, and nostalgically reminiscing about the “good ol’ underclassmen days.” The Smart’s open exhibition space is fitting for this particular collection. As if in a roundtable discussion, the displayed artworks all face one another, endeavoring to express what it means to be an individual in society. At the center, facilitating this artistic discussion, are the familiar Self textbooks, which the audience members are encouraged to annotate freely.

One of the first works presented is Ana Mendieta’s “Untitled” (1980) from the “Silueta” series, in which Mendieta outlines her body’s shape onto soil and then uses various natural processes, such as fire or tidal waves, to dissolve the imprint. The displayed photographs are the only remnants of her imprints, and Mendieta uses this to exemplify the ephemerality of her own existence as well as the interdependence of body and nature, while alluding to goddess archetypes and her desire to return to the metaphorical womb. A dense commentary on the environment, existence, and the female body, Mendieta’s strong aversion to defining herself through a single occupation or interest is reflected by these diverse objects of discussion included in her “Silueta” series.

Adrian Piper’s “I am the Locus” (1975) expands on Mendieta’s notion of multifaceted identity by asking whether the “self” is only a concept, without reality. In this mixed-media piece, Piper photographs herself walking around the streets of New York City dressed as a Black man with the help of an Afro wig and a fake moustache. The mixed-race artist addresses her personal experiences with white-passing and stereotyping, but the main focus lies in the performativity. Piper shows that the “self” is not only multifaceted, but also extremely malleable—able to convincingly transform with a few mere costume pieces.

Just a few steps away from Piper’s work was Kent Monkman’s “Study for Artist and Model” (2003), a vibrant oil painting of a Native American woman in hot pink pumps and a Louis Vuitton arrow quiver confidently painting a naked white man arrowed to a tree trunk. Monkman chose to display this modern satire of gender, race, and cultural stereotyping in the Western canon in an antique gold frame, punctuating its dichotomy with the historically white-dominated perspectives in traditional museum spaces. However, Monkman’s work had a strangely divisive effect on the audience: Only younger viewers seemed to be amused by the piece.

Surely, there is a plethora of knowledge and wisdom to be gained from the theories of Karl Marx, Simone de Beauvoir, Michel Foucault, and other renowned scholars on the Self syllabus. However, Smart to the Core: Embodying the Self extends the Core Curriculum’s mission of diverse theoretical training by challenging UChicago bookworms to consider how the self and society can be examined and expressed outside of textbooks.

Solidary & Solitary and Smart to the Core: Embodying the Self will be on view until May 19, 2019.