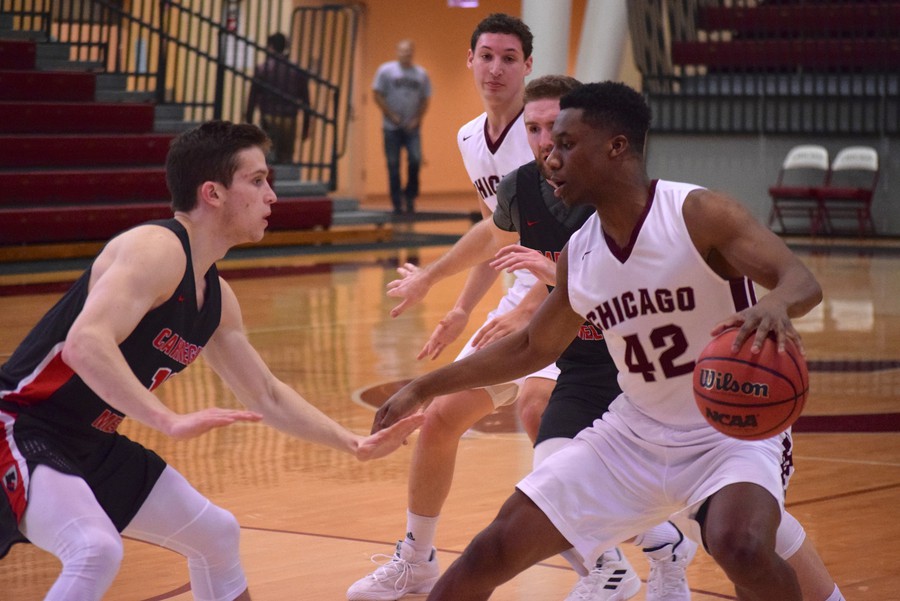 The UChicago men’s and women’s basketball teams continue their stretch of games away from home with road games at Rochester and at Emory this weekend. The women’s team is going into this weekend on an impressive four-game winning streak with two wins versus Case Western and Carnegie Mellon respectively. While it is always difficult to win a road game in college, Rochester should be a fairly easy opponent. Even though they have won their last game, the Yellowjackets are only 3–6 in the conference this year. Also, the Maroons took care of business easily against Rochester earlier in the year at Ratner, comfortably winning 63–44. However, the second matchup against Emory is a massive game in terms of standings in the UAA. Both teams come into the game with a 6–3 record in the conference and are currently on winning streaks. The biggest factor will be if the Maroons are able to slow down Emory’s high passing offense with them averaging nearly 17 assists a game. UChicago won the previous matchup by only four points at Ratner. In what will be a vital conference game, the Maroons are hopeful to continue their good stretch of form.

The men’s basketball team comes into this weekend after a disappointing two-point loss that snapped their two-game win streak. For the Maroons to climb up the standings in the UAA, this weekend is a massive opportunity. Rochester comes into their matchup with the same conference record, 6–3, as the Maroons and the Yellowjackets would like revenge from their previous matchup. The Maroons won the home matchup 85–80 and hope they are able to draw back on that previous success to take an important step to competing for the regular season title. The second game of the weekend is against high-flying Emory, who has won its last six matches. However, the last team to beat Emory was UChicago themselves at Ratner in overtime. Emory comes into the matchup tied for first in the UAA standings at a conference record of 7–2. Fourth-year guard Justin Jackson is relishing the opportunity to bounce back from their tough loss in their last game. “Coming off of a disappointing loss at Carnegie Mellon on Sunday we’re looking to bounce back this weekend with two tough games on the road versus Emory and Rochester,” Jackson said. “I think it will be a huge test for our team, but if we can come out with two wins we can recapture first place in the league.” The Emory matchup is also a homecoming for Jackson with him being from the Atlanta area. Hopefully, it is a successful homecoming resulting in sweep of Emory and Rochester.