Those who feign confidence are rewarded, while the modest unfairly fall behind. 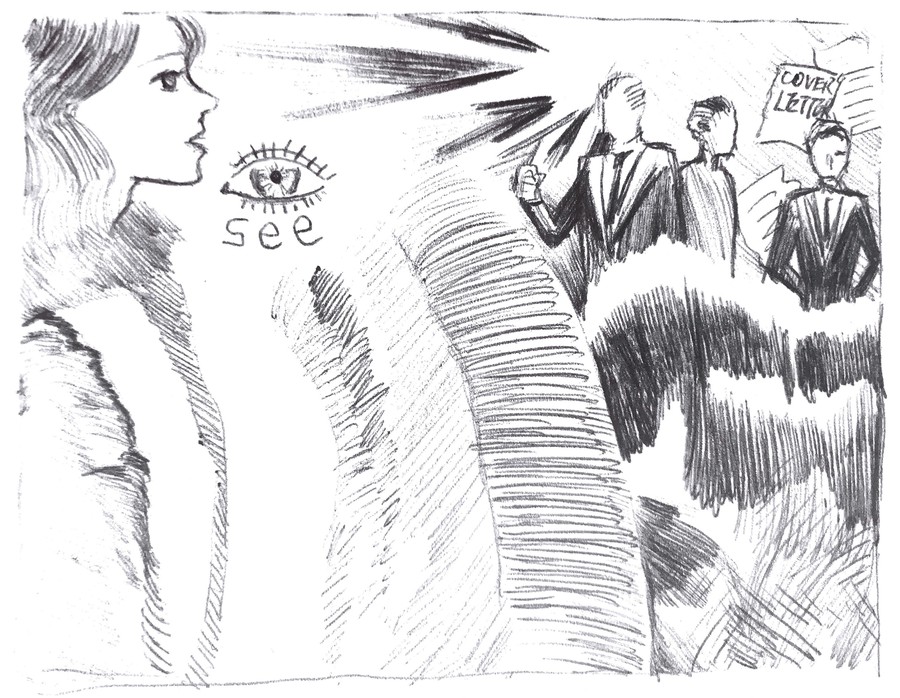 When people complain about internships, they usually have an issue with the hunt to secure one. That’s understandable; the application process can feel like screaming into a judgmental, low-paying void that’s got some snide things to say about your cover letters. We don’t talk as often about what can go wrong once you’ve found one. That’s why I was surprised when a close and capable friend at a top-ranked college said she was nervous about an upcoming finance internship. She wasn’t worried about the work, exactly; she was still rattled from her last internship, because of a few of the other interns.

Her story was a familiar one. She showed up to an internship with classmates she knew well and was immediately thrown off by the sight of her overconfident guy friends in suits, acting as if their jackets and ties had somehow turned them into gangly titans of industry. Stranger than her friends’ transformation was the fact that her supervisors appeared to take their brash overconfidence as a proxy for competence. My friend, who is no P. T. Barnum–esque self-promoter, worried that her comparative modesty had been mistaken for comparative incompetence. She felt she’d started on an uneven playing field, and that she would need to mimic the ostentatiousness she’d seen in her friends. Still, she wondered if that behavior might not be as well received, coming from her.

Her concerns resonated with me. Finding internships or jobs can require mastering the fine art of spin (this is for everyone who declared themselves “highly proficient” in R after their first problem set in Stat 234 or Metrics). But succeeding at them can, too—especially when you’re thrown into competition with people who appear freakishly and unjustifiably sure of themselves. Listening to my friend’s story, I was immediately reminded of a past coworker who offered repeatedly over the course of our internship to “show me the ropes,” with all the wisdom he’d acquired by starting a day earlier. We all know those people. Ultimately, this isn’t solely about internships: Who hasn’t found themselves in an unfamiliar environment, and discovered a little too late that presenting a balanced and realistic appraisal of their skills might be a liability?

It doesn’t help that we reward people for burning their last scraps of modesty. There are countless examples of the brash, self-declared boy genius captivating the public eye. People vested with mind-boggling confidence in their own abilities aren’t necessarily ridiculed, even when ridiculous—they’re often hailed as tech saviors (Elon Musk), glamorized on screen (Iron Man), or elected as world leaders (Trump). Sometimes, our admiration is justified: Tesla can build an innovative car; Nancy Pelosi triumphantly emerging from negotiations in a red coat was such a meme-worthy moment in large part because she’s winning the border wall fight. But sometimes, the facade crumbles spectacularly. Think of Elizabeth Holmes’s fall from grace.

Anyone can look at that archetype and giggle. Unchecked arrogance can only get most people so far. And it’s also tempting to look at relative modesty and come to entirely wrong conclusions, like when I told my friend that if she thought someone else’s excessive confidence was holding her back, maybe she should be excessively confident too (this, obviously, is not the stuff of great advice). That sort of confidence-shaming, directed at women, is common, and the “confidence gap” between men and women in a variety of professional settings is increasingly well documented. But telling women to be more confident is misguided. Most of us understand that the reason many women don’t act as cocky has little to do with how they perceive their own abilities, and a lot to do with how confident women are treated: poorly. Studies have found that self-confidence doesn’t benefit women as it does men, and that self-confident women are often regarded as less “likeable.”

So we oscillate between blaming unduly confident people for setting others back, and chiding others for not being bold enough. Neither of these approaches is particularly helpful, and both miss the fundamental problem: We have a bizarre collective fantasy that constantly playing up your skills is enough to will them into existence, and that having skills is enough to forgive constantly playing them up. This problem might only get worse in a world shaped by reality TV, talking heads, and “personal branding,” each of which appeals to our assumption that someone who acts like he knows what he’s doing probably does know what he’s doing. This assumption distorts the way we evaluate skill, and sets back competent people including in settings that most students have to navigate. It’s high time we stopped accepting on faith that self-confidence is a reliable reflection of ability. Trust me. I definitely know what I’m talking about.