The Strange and Metatheatrical "Don Gil" 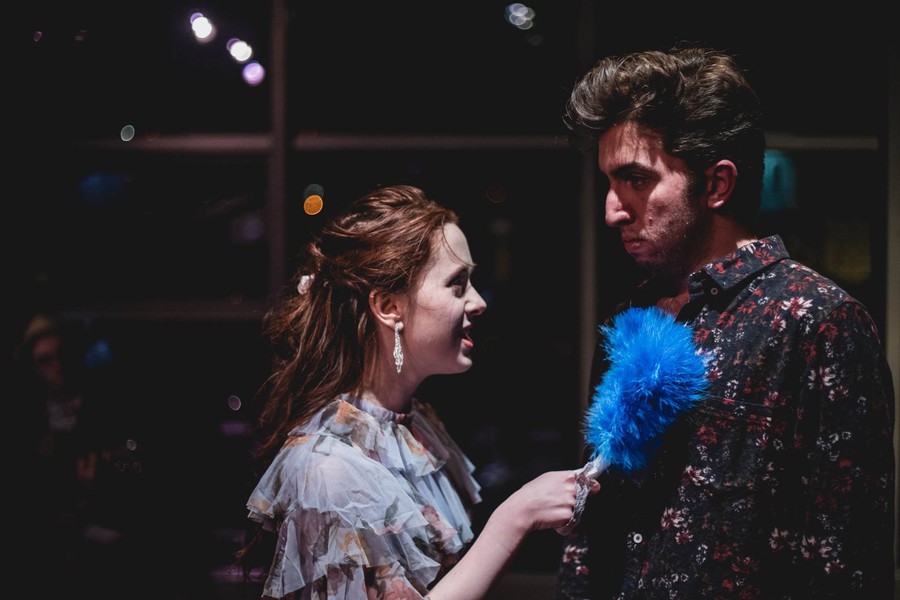 The first indication that Don Gil of the Green Breeches is not your average University Theater (UT) production comes when the actors hand you a beer as you walk in.

Don Gil of the Green Breeches is a 17th-century comedy by Tirso de Molina that follows familiar themes of mistaken identity, role-reversal, and cross-dressing. Dona Juana (Hana Eldessouky), jilted by her lover Don Martin (Gabriel Rourke) for the wealthy Dona Inez (Elizabeth Price), follows him to Madrid to get payback. She plans to dress as a man in a pair of green breeches and use the name “Don Gil,” the same name that he is using to woo Dona Inez.

This production, using a contemporary translation by English playwright Sean O’Brien, was perhaps one of UT’s strangest offerings this quarter. Not because the play itself was strange (Grenadine has it beat on that end), rather the production itself felt like a fish out of water. Don Gil was staged in Logan 501, a classroom that doubles as a performance space, which is often used by outside theater groups like Commedia and Iris but rarely by UT for their major productions. Though the audience mostly remained separate from the action of the story, the characters seemed almost constantly aware that there was a large crowd of people watching them and occasionally interacted with audience members as they saw fit.

It is clear that this production did not want us to take the play seriously. The pre-show announcement emphasized that we were not about to see “high art,” nor should we expect that. The actors encouraged the audience to react, and their performances very clearly fed off of those reactions, creating an overall sense of “all of this is really happening in the moment.” This made for big laughs when something unexpected happened, be it audiences reacting differently to something or the actors adjusting their performances to match the audience’s energy. On the night I attended, an actor knocked over a flashlight prop during a scene and seamlessly accused me in-character of the wrongdoing. 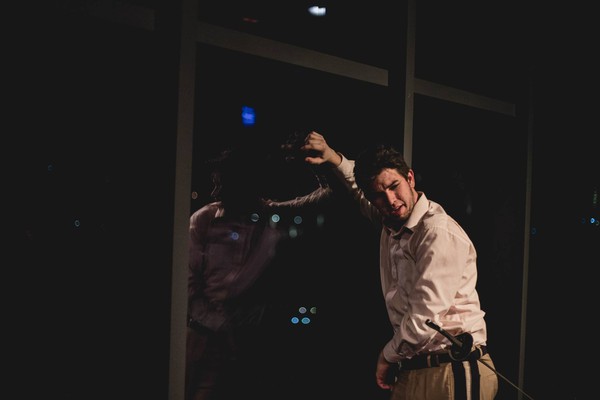 To have this level of meta-theatricality and comedy in a UT production is a breath of fresh air in what has been a season of relatively darker shows. That being said, the method is not perfect: Though the performances were packed with a wealth of enthusiasm that made them entertaining regardless, lines were occasionally muddled due to the amount of noise going on from other actors and from the audience. Most of the laughs came from the occasionally anachronistic remarks the actors threw in, or the hilariously over-the-top reactions to certain events, which kept me laughing but felt increasingly gimmicky as the show continued. Again, this show made it clear that it was not aiming for sophistication, but there is a limit to how much you can play up the same joke before it starts to feel old.

Still, at the end of the day, Don Gil had something I think all shows should have: personality. It knew what it wanted to be—a night of entertainment and laughs that didn’t take itself too seriously—and it did just that. True, some of that personality seemed to rely heavily on actors screaming a lot, but then again, isn’t that what dramatic theater ends up being most of the time?