A World of Difference

Americans have a tendency to conceptualize national achievements as progress for the whole world. But this narrative obscures how behind the rest of the world America can be with regard to social issues. 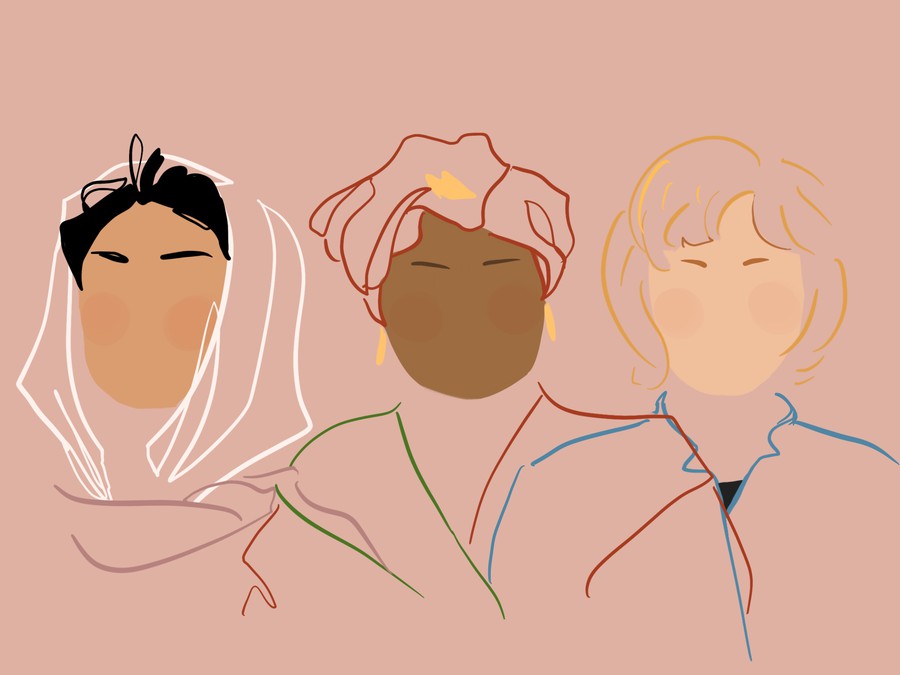 When former Secretary of State Hillary Clinton won the 2016 Democratic Party nomination, she redefined the parameters for the American woman’s potential role in society. Secretary Clinton shattered the political glass ceiling, setting a new precedent for the place of women in U.S. politics. She, along with others, for decades, strove for decades to ensure our policies and policymakers are reflective of our society (which, if you’re wondering, they’re still not). She reminded us that our abilities, potential, and power are not tied to our biological sex, even if our tradition of electing male presidents has suggested otherwise. Emboldened by Secretary Clinton’s platform, millions across the world have marched for equal rights for women. As the United States eyes its next presidential race, four women have announced their candidacies. Despite not clinching the presidency, the former Secretary of State’s rise is a paragon of progress for America.

But one outstripped by the rest of the world.

While the former Secretary’s rise as a female leader was noteworthy—as is the prominence of so many female presidential candidates—we should remember that other countries have seen this rise before. Many times before. In other words, America's achievements are not the world’s achievements.

Of the world’s 10 most populous countries, Pakistan, Bangladesh, Indonesia, Brazil, and India have all previously elected female heads of government (note that three of those five are Muslim-majority countries). Currently, there are 10 countries with female heads of government (11 heads of state), and this is not specific to a region of the world. Liberia has elected two female presidents, Germany has a female president who has been named among Time Magazine’s Most Influential People, and South Korea elected its first female president three years ago (then sent her to jail this year). Several Muslim-majority countries, many of which are portrayed as oppressive and backwards, have elected female leaders. Pakistan's first female prime minister was elected nearly three decades ago. Bangladesh has been led by a woman for the past decade. Turkey was led by a female prime minister when Hillary Clinton was First Lady.

From Africa to Asia, the precedent of electing female leaders has been initiated decades before America joined the movement. Some countries are running laps around us by electing their second and third female leaders, while in 2016 we were just starting to imagine that victory. The greatest lesson from understanding this history is to realize that the U.S. can learn a few things from the rest of the world; maybe the rest of the world doesn’t need the saving that America thinks it needs.

Consider what could have happened if our citizenry had looked to other countries and mirrored their consequential move. Perhaps we wouldn’t have had to wait until 2016 to imagine breaking the farcical cycle of only electing men to the presidency. Or, perhaps we could have moved on to creating other spaces of belonging, such as electing a religious minority, like Mauritius’s Muslim president, Ameenah Gurib. We could have mirrored Iceland, which elected Jóhanna Sigurðardóttir, the world’s first head of government belonging to the LGBTQ+ community, all the way back in 2009. With all this fervor about history making, let’s contextualize the United States’ accomplishments and realize how much more we have to work to be truly representative.

I am very aware of the atrocities many countries have committed, even under the leadership of women. Yet we can and should celebrate their achievements while still holding them accountable for their actions. Similarly, while we can celebrate putting a man on the moon and having the most Nobel Prize–winners, we must simultaneously acknowledge the inhumanity of our past; that we’re responsible for the blunder that is the Iraq War, and that this nation was built on slavery and forced migration. If we don’t lambaste ourselves for the Dylan Roofs and the Adam Lanzas of our country, we should not judge others by their most despicable. We tend to hide American-made carnage but put other countries in the limelight for theirs. Likewise, we highlight our feats and elevate ourselves while ignoring others with similar achievements, motivated by self-bestowed righteousness and inflated American exceptionalism.

American exceptionalism leads us to believe we hold the moral compass of the world. This self-bestowed righteousness justifies all our actions; we grant ourselves impunity, while damning the rest of the world

Electing the first female president of the United States of America could have been a profound step for Americans. It would have surely been a great feat for identifying women in America, who have had to question their abilities under a man’s gaze for too many years. Who were coerced to believe, due to society’s invisible yet powerful hand, that they were inherently less than. Less capable. Less talented. Less powerful.

But electing a woman to this nation’s highest office will not be enough. It shouldn’t be enough. Too many identities continue to be underrepresented in leadership, and the victory of Hillary Clinton would have only marginally changed that.

As we continue to champion for equality and opportunity for women, we must remember someone’s woman-ness is not more important than someone’s blackness. Or queerness. Or Muslim-ness. Or Latinx-ness. As Malcolm X championed, be for truth, no matter who tells it. Be for justice, no matter who it is for. Be for whoever and whatever benefits humanity as a whole.

Be for women’s rights and go to women’s marches. But don’t stop there. If we aim to be truly remarkable in 2020, we need to realize that the alternate reality for November 8, 2016, would not have been the finish line.

We cannot afford for it to be the finish line.

Leena El-Sadek is a student at the University of Chicago Law School.