machineheart Crank It Up at Bottom Lounge

The band members were laid-back but visibly spirited and passionate about their art. 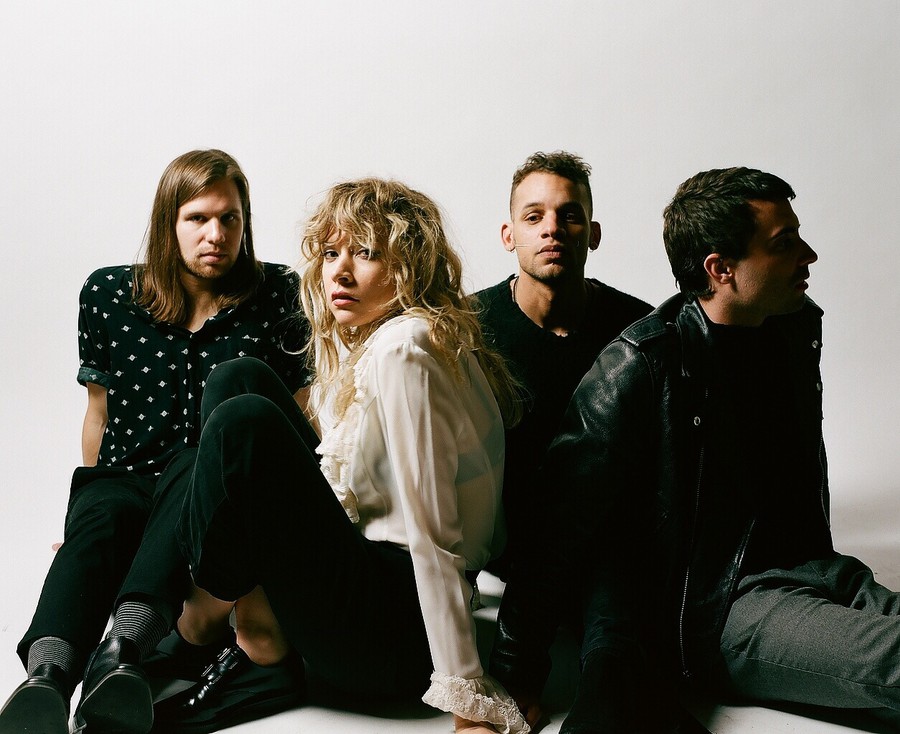 As the opening act for You Me at Six, machineheart soared with soulful vibes and boundless energy performing their debut album, “People Change.”

If you’re looking for a hypnotic, celestial, and soulful sound, look no further than the band machineheart. Founded in 2014 by bassist Jake Randle, drummer Harrison Allen, and guitarist Carman Kubanda, all from Tacoma, Washington, the group later added lead singer Stevie Scott from Los Angeles. In 2017, they were a Top 5 Spotify Emerging Artist, and having changed record labels multiple times over the years, they’re currently signed with Nettwerk Music Group. machineheart recently released their debut album People Change—a testament to their gift for synth pop and indie electronic music, which they certainly demonstrate in live performance.

On Saturday, March 2, machineheart performed at the Bottom Lounge as the opening act for You Me at Six. The audience was mostly composed of people in their late 20s and early 30s; not exactly the fan base one might expect. The small stage made it hard to see over the crowd, which was all standing room. The whole setting had an uncomfortable ambiance. However, as soon as machineheart played their first note, the audience went silent. Scott started singing and the audience’s jaws dropped.

Scott’s voice was resonant and melodic. She sung with her hands in the air as if channeling some higher power or experiencing an astral projection on the stage. It may have appeared somewhat excessive, but her grand gestures enlivened the performance and gave her millennial–Stevie Nicks vibes. Randle, Allen, and Kubanda created melodies and beats that went straight to the soul. The band was laid-back (the drummer was even drinking a beer in between songs), but visibly passionate about their art. The band’s performance of “Who Said,” from their new album People Change, was moving and truly highlighted Kubanda’s talent on the guitar. The upbeat song “Stonecold” energized the crowd and made the small venue feel far bigger. The members of the band leaned on each other, feeding off of each other’s energy as their music swelled in the room.

Once they had finished their set, the audience was left wanting more. The entirety of their new album is full of songs that are all too easy to obsess over. The first line from “Peace of Mind,” “Is it any wonder we’re headed for the eye of the storm?,” is a question that could be readily applied to this phenomenon. In fact, my greatest confusion about the band is how I had not heard of them before—they don’t even have a Wikipedia page! machineheart has been around for a while, but their new music is bewitching, addicting, and inspiring. Their secret recipe of echoing vocals, melody, and rhythmic pulses includes all the ingredients for indie stardom.