Muse Redeems Itself Live at the United Center

At the final American show of its Simulation Theory World Tour, Muse delivers a performance beyond words. 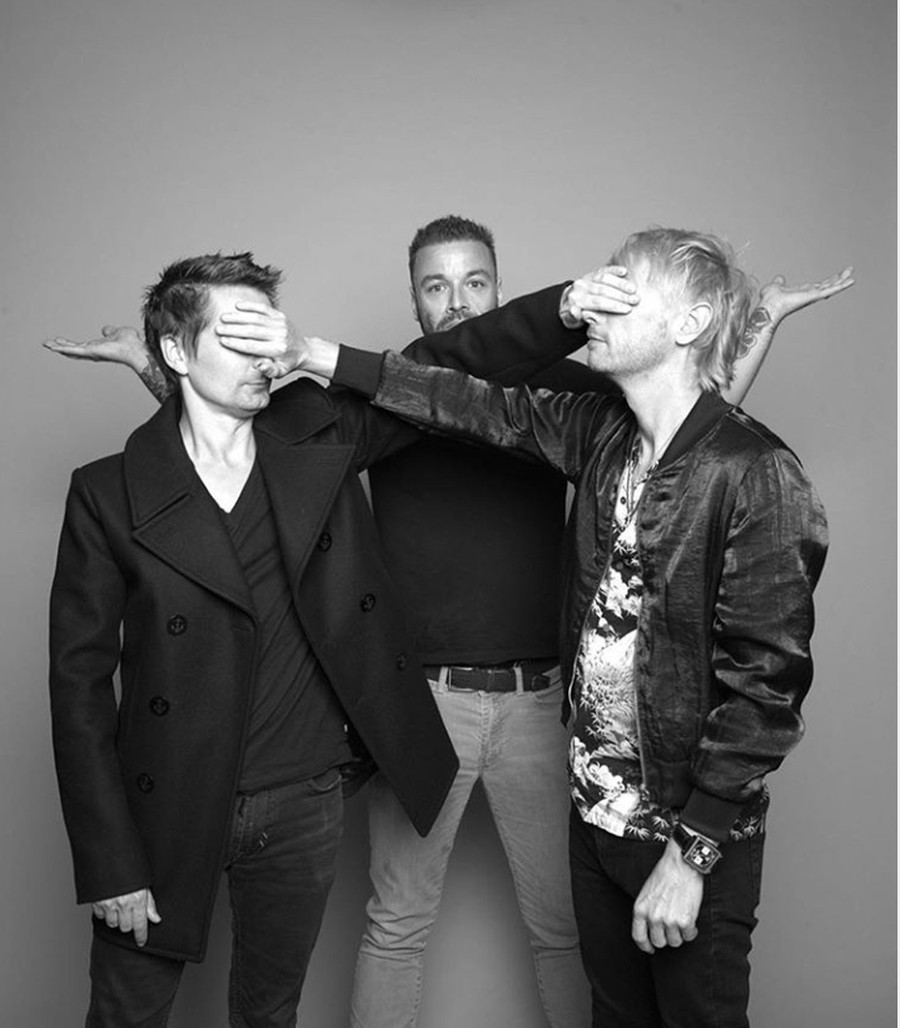 This is a band that ages like a fine wine on stage.

Earlier this year, I put out a scathing review of Muse’s latest album, Simulation Theory, criticizing its overuse of heavy and serious concepts at the expense of substance.

I still stand by this indictment. However, as front man Matt Bellamy emerged from beneath the United Center stage in a sequined bomber jacket, surrounded by a coterie of fluorescent trombone players, I faced a crisis of faith. And so I’ll give Muse this—for all I think of its latest records, I cannot deny that it is still the undisputed champion of musical spectacle. Its set last Friday, the last American show of the Simulation Theory World Tour, was a tour de force of maximalist grandeur. It is impossible to have come out from Muse’s show feeling anything short of absolute euphoria.

Of course, expectations for any performance by a band as big as Muse are astronomical. This was abetted by a riveting opening set by Walk the Moon, who is well established in the indie pop scene. In between rollicking performances of well-worn hits like “Anna Sun” and “Shut Up and Dance,” front man Nicholas Petricca hyped up the crowd, exclaiming, “We are just like you—we have grown up listening to and loving Muse.”

And boy, did Muse deliver. This group has had over a decade to perfect the art of live performance. At its core, this rests on excellent technical performances by each and every member of the band—bassist Chris Wolstenhome’s muscular riff for “Hysteria” was undoubtedly one of the night’s musical highlights. The fact that Muse reached deep into 20 years of discography with songs such as Origin of Symmetry's “New Born” and “Plug In Baby” and still failed to put a foot wrong is a testament to its extraordinary technical nous. This is a band that ages like a fine wine on stage. Matt Bellamy deserves special praise in this regard. It is nigh impossible to register that he is already over 40 years old—all night, he ran full pelt up and down the catwalk stage, obliging to take selfies with screaming fans, all while maintaining his signature operatic vocal delivery style. He had the crowd eating from his hand—most notably when, while performing “Uprising,” he managed to get the audience to pump their fists and sing the rebellious lyrics of the song’s chorus in perfect unison with no more than a flick of his wrist.

The quintessential Muse live experience extends far beyond the music itself. It is an overwhelming experience of theatrical transcendence, perhaps best captured by Bellamy playing the guitar solo for “Supermassive Black Hole” with his tongue. And perhaps the standout feature of the night was the intricate attention paid to every last detail of the set design. The aforementioned coterie of trombone players underwent many costume changes throughout the night, wearing outfits as various and ridiculous as astronaut suits, scuba gear and LED-lit helmets. All of this did much to reflect the ’80s retro-futuristic artistic vision of Simulation Theory. Chris Willman of Variety magazine perhaps expresses it best when he says that watching a 2019 Muse concert is akin to watching “Tron on Ice.”

And so, I have come to the point of the article where I have to admit that any words I use to express the sheer incredulity and magnitude of the night’s set design will always fall woefully short of real life. I could describe how the astronauts were suspended trapeze-like from the ceiling during “Break It to Me.” I could talk about the extras in life-sized Transformers costumes. I could probably write a miniature treatise on the 30-foot-tall animatronic, helmet-clad skeleton that emerged behind the band during the encore, and the visceral horror and awe that this skeleton inspired in me. But I have neither the retail space nor the appropriate vocabulary to do so. In short, you had to be there to appreciate anything I just said. And that, to me, is the highest praise that can be afforded to a live performance.