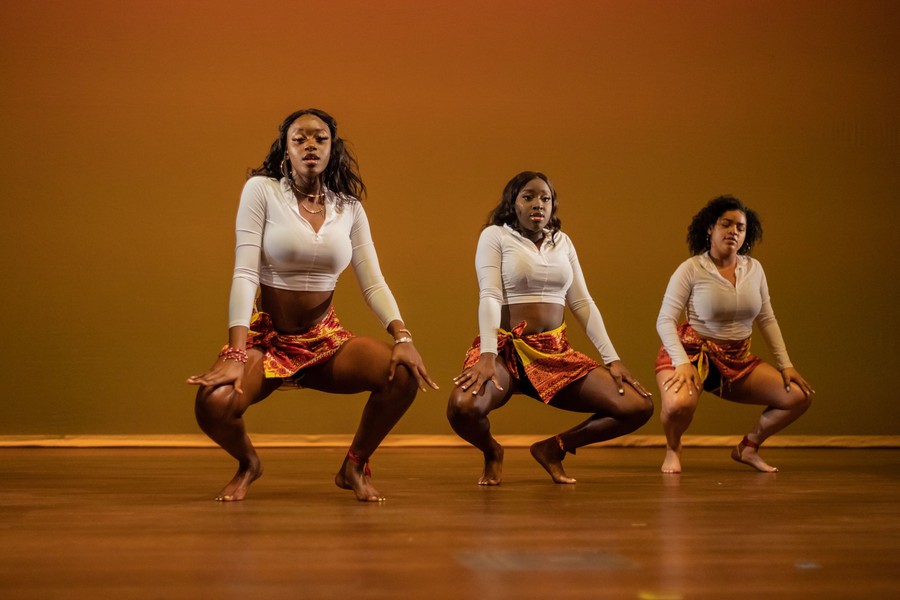 One of the many stunning performances at the ACSA's 15th Anniversary Cultural Show. Photo taken by Jaire Byers (@jaire.photo).

On Saturday, April 20, students headed to the Logan Center for the African Caribbean Student Association’s (ACSA) 15th anniversary culture show. This was the first time the show was held at the Logan Center Performance Hall, a large venue that was packed for the event. The theme for the show this year was “gold,” which third-year co-president Layla Al said was meant to be “timeless and big enough to encompass what this year meant for [them].” Layla revealed that planning this show was “a yearlong process,” a time commitment that was reflected in the impressive array of performances.

The event began with an introduction by the evening’s host, Sheila O, host of the Afrobeats show on Chicago’s Power 92.3 FM. It then transitioned to a video directed by third-year Lily Min Ren. The video exhibited scenes from the ACSA’s cultural photoshoot, featuring jewelry from Ricafrica, an online retailer of authentic African accessories. Both the shoot and accompanying video tied into the theme by featuring beautiful gold face and body paint on the models. The unique visual effects and scenery of the video allowed the audience to appreciate the jewelry and unique culture on display.

Some of the most exciting performances of the night were the three fashions shows. The first featured jewelry from Ricafrica, and the second featured clothing designs from Estelle Designs. The third show featured a wide variety of fashion from various regions of Africa and the African diaspora, including North Africa, West Africa, East Africa, and the Caribbean, exhibiting an aspect of culture not typically displayed in college cultural performances. The enjoyment of the models, combined with the engagement of the audience, created a dynamic and vibrant environment.

Another highlight of the night was the storytelling portions of the show, during which Mama Edie, an internationally renowned bilingual storyteller and percussionist, performed. Mama Edie told the story of Anansi, the famous African spider, and how he caused the moon to be in the sky. Mama Edie easily engaged the audience with this heartwarming tale through her humorous and warm recount. She ended the story by imploring the audience to remember what makes each of them unique and received a standing ovation.

Other oral performances of the night including a touching piano ballad, “Close to You,” performed by third-year student Lauren Torian, and a poetry reading by first-year student Zebeeb Nuguse. Nuguse read the poem “Home,” by Somali-British poet Warsan Shire. The poem deals with the refugee experience, featuring lines such as “no one leaves home unless/ home is the mouth of a shark.” Both of these performances provided some of the quieter moments of the night, yet they engrossed the audience through their heartfelt emotion.

In contrast, the dance performances provided some of the most energetic moments of the night. The show featured three dance groups—Gual Adi, Fearless Squad, and Femmes D’Afrique. Gual Adi, who performed an Ethiopian and Eritrean dance, dedicated its performance to recently deceased rapper Nipsey Hussle. Each dance performance was energetic and exciting and won the vocal approval of the audience.

The African Caribbean Student Association’s 15th anniversary culture show was triumphant in showing myriad elements of African culture, from storytelling to dance to fashion. One of the main things that board member Nuguse hoped the audience would take away is “how diverse Africa and the Caribbean are,” and “how different [their] cultures are.” Co-president Layla Al also hoped to emphasize “what a strong community [they’ve] built on campus.” Both of these points certainly shone through in the show, emphasizing both the diversity of African culture, and the diversity within the student association itself.