When Flowers Fall on the Rain: Plucking Out Landmines With Music

Second-year releases album with father and friend to support de-mining efforts in Cambodia. 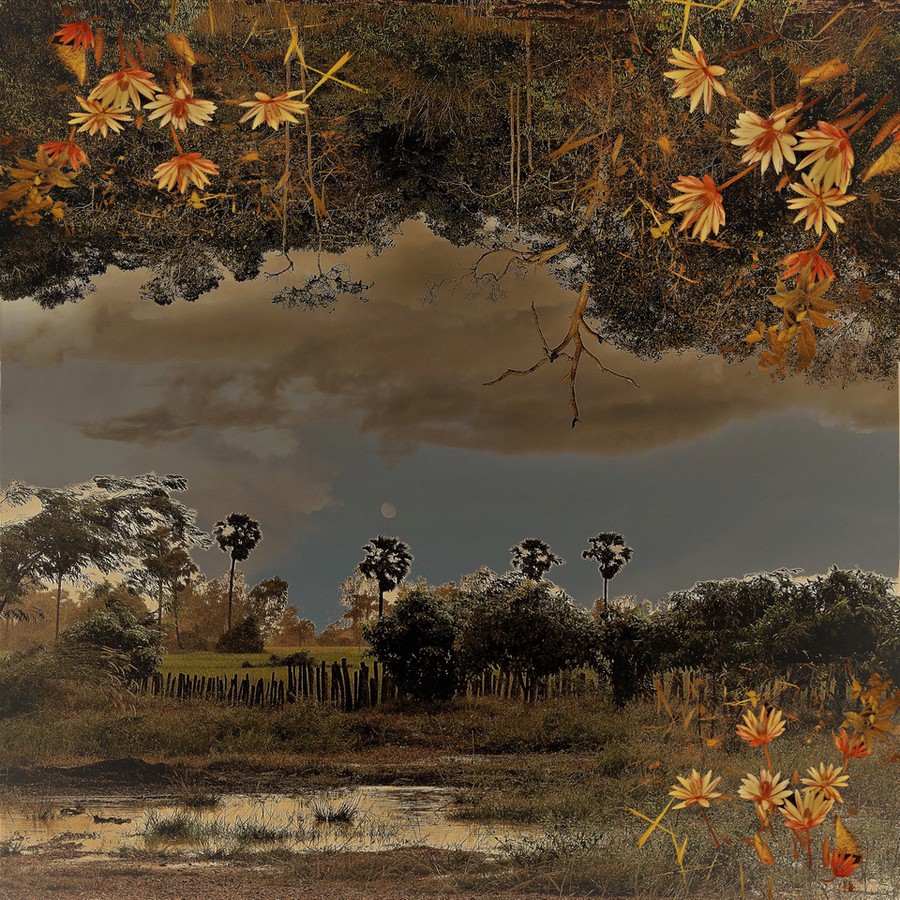 Could the plucking of guitar strings also pluck landmines out of the earth? With When Flowers Fall on the Rain, the answer is yes. Having just been put on pre-order, the album was recorded by the Chime of Heart Trio, which comprises second-year Jacob Walter, his father Eric Walter, and family friend and close collaborator Steve Cleveland. Combining traditional Cambodian instruments with synth and electric guitar, the record is a conflicted narrative torn between the overwhelming beauty of the natural landscape and the violent deceit of landmines. Produced by the Walters, the album will have all proceeds donated to Landmine Relief Fund (LMRF)—a U.S.–based charity dedicated to de-mining Cambodia by supporting local NGOs such as Cambodia Self-Help Demining.

The two Walters have been performing as Indalo Wind since 2008, with Cleveland joining them to form a trio for their second album released in 2015. With Cleveland on accordion, Jacob Walter on ukulele and guitar, and Eric Walter on the mandolin and the Native American flute (which he has been playing for 30 years), the acoustic instrumental music group covers various folk songs from around the globe, ranging from Irish music to traditional Cambodian pieces. Playing live as well as on YouTube, the ensemble sought to foster musical appreciation of global cultures. Jacob explained in a phone interview that while working together on When Flowers Fall on the Rain, the trio’s motivations changed socially and aesthetically, as has their name.

“This was a different project. We called this group Chime of Heart Trio. We figured it was different enough from what we’d done in the [past that it merited a different name]. It’s a lot more studio-oriented. This isn’t music we performed live, it was really a project for the recording studio.”

What really sets this project apart from previous ones is the cause it supports: the de-mining of Cambodia. The Walters first visited Cambodia around 2014, but it was only following two subsequent trips taken by Eric alone that the idea for this project was born. On his most recent South Asian sojourn, during which he taught at a local music school, he came across the LMRF, an organization committed to ridding Cambodia of landmines mostly left over from the Vietnam War. Besides actively removing the landmines themselves, they also offer landmine safety training, including mock search-and-destroy exercises and presentations for middle schoolers about the dangers of landmines and unexploded ordnance. Upon Eric’s return to America, the three members of what would become the Chime of Heart Trio resolved to record an album whose proceeds would support the effort.

Indeed, the album’s social component bleeds into its aesthetics and even its optics. The cover art is a surreal digital collage pieced together by Jacob from several photographs his father had taken during his stays in Cambodia and Laos. Each track on the album is also, in a sense, a collage: Listening carefully, one might make out the sound of a tuk-tuk (an auto rickshaw, or motorized taxi) or catch samples of field recordings of ambient noises that Eric took during his trip. The instruments played include electric and fretless guitars, the accordion, synth, percussion, and two flutes that Eric bought in Cambodia and Laos. While lyrics are rare on the album, the third track features the lines from a poem written by Eric called “Kiss of the Mango Rain,” written after his first visit to Cambodia. The title derives from a more recent poem published in his 2018 work With Flowers of Jade—a special edition collection of poems and images to fundraise for music schools in Cambodia and Laos.

Yet, the trio did not stop at simply financially supporting the de-mining of Cambodia. As Jacob explains, there was also a conceptual dimension to their music:

“We knew from the start that we were going to make it a benefit for LMRF, but then the other part of it is that we wanted to make it have a narrative structure of its own, which also related to the topic of landmines. You’re trying to communicate not only the horror and violence of landmines, but also this kind of like, disarming beauty of the landscape, almost in spite of the horror and violence that existed within. So I think we were trying to communicate both: the tension of discovering a landmine and the thrill of detonating it safely. So it’s not a strictly determined narrative and there are few words to guide it, but we meant it to have that narrative arch and wanted to evoke those feelings of the landscape, both the good and the bad.”

The album is currently available for pre-order on the trio’s Bandcamp page.