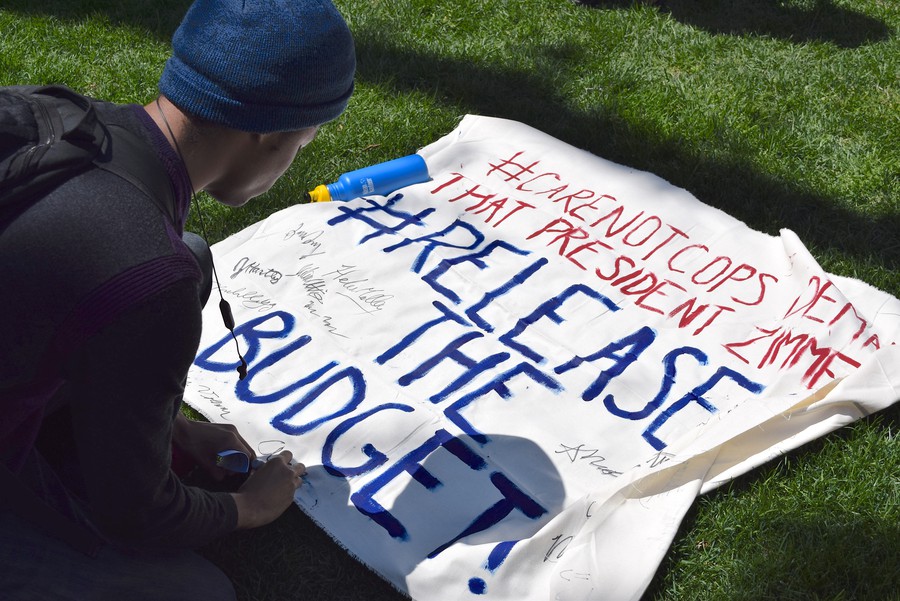 Students decorated banners outside Levi Hall at an event hosted by #CareNotCops.

UChicago United hosted a rally outside Levi Hall on Monday to raise awareness of its #CareNotCops and #ReleaseTheBudget campaigns. The rally was the latest in a series of actions the group has organized around making the University of Chicago Police Department (UCPD) more transparent.

The #CareNotCops campaign began last spring after the shooting of a UChicago student by a UCPD officer. This past January, UChicago United co-hosted a teach-in on the history of the UCPD with Students Working Against Prisons, another activist organization that sponsors #CareNotCops.

Activists at Monday’s rally painted banners and chalked the pavement outside Levi Hall, which hosts much of the University administration, with messages about the UCPD budget.

The organization delivered a letter to President Zimmer outlining a list of demands to provide transparency regarding UCPD funding.