Audience Falls Flat into a Passion Pit at the Riviera 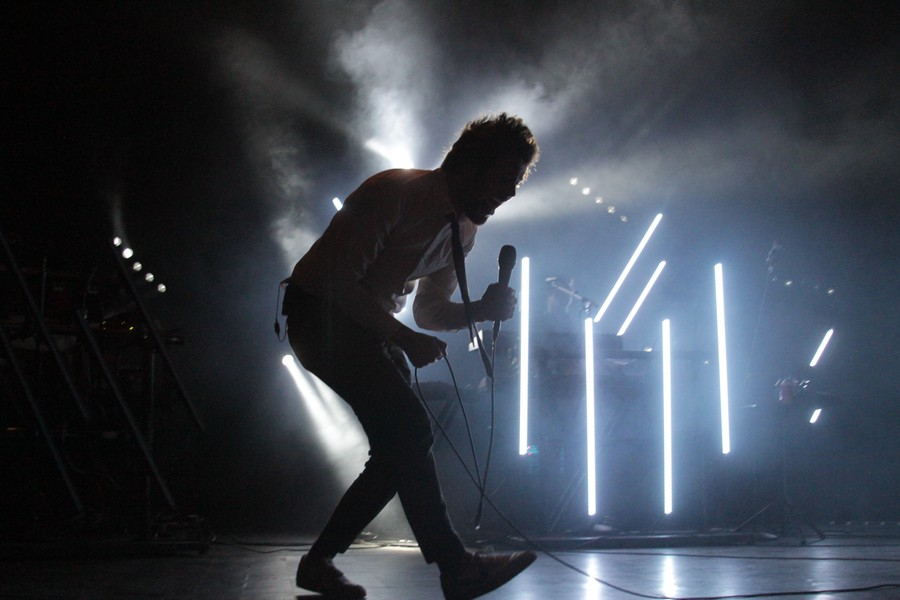 Passion Pit played at the Riviera Theatre last week as part of its tour celebrating the 10-year anniversary of the release of its debut album, Manners. Passion Pit packed the venue with a crowd of mostly college-aged and post-grad fans who were ecstatic to see a band who had once been the center of attention.

Seeing Passion Pit perform live was a little like chewing bubble gum: The music was sugary, each song felt identical to the previous, and it became tiring after about 10 minutes. When listening to recordings of songs on the album, the songs are far more layered and interesting. But performing live, the band played each song with maximum energy, dulling their uniqueness. This blasting of the senses was reflected in the visual imagery of the performance as well. Angelakos was the only performer visible on stage; in fact, some of his bandmates were literally hidden behind panes of glass. It was a confusing choice and was further complicated by the sheer volume of fog and stroke-inducing lighting that overwhelmed the crowd. With Angelakos bopping around the stage in a white button-down and skinny black tie, the performance came across less like a rave and more like a business-professional circus.

Despite the overwhelming performance, it’s important to note that some of the songs were still good (even if they sound better through a pair of headphones). The anthem “Make Light” maintained its rallying and angsty energy, and the deep, simmering sound of “Swimming in the Flood” was still audible despite its gaudy execution. A special moment happened when Passion Pit performed “The Reeling,” in which Angelakos held the mic over the crowd for the refrain of “oh no” in each verse. This collaborative and interactive gesture bridged the gap between the stage and Passion Pit’s long-time fans. Especially in the context of Passion Pit’s 10-year anniversary, it was a meaningful acknowledgement of those who made the band known.

Passion Pit released a new single on the day of the concert called “I Found U,” featuring Galantis. While it doesn’t seem to develop much on the work that has been released in the past, it’s a good summer song. The fresh music and nostalgic tour suggest that a new album might be on the way, so be on the lookout.