SWAT came on the scene after the man, who had barricaded himself, opened fire. 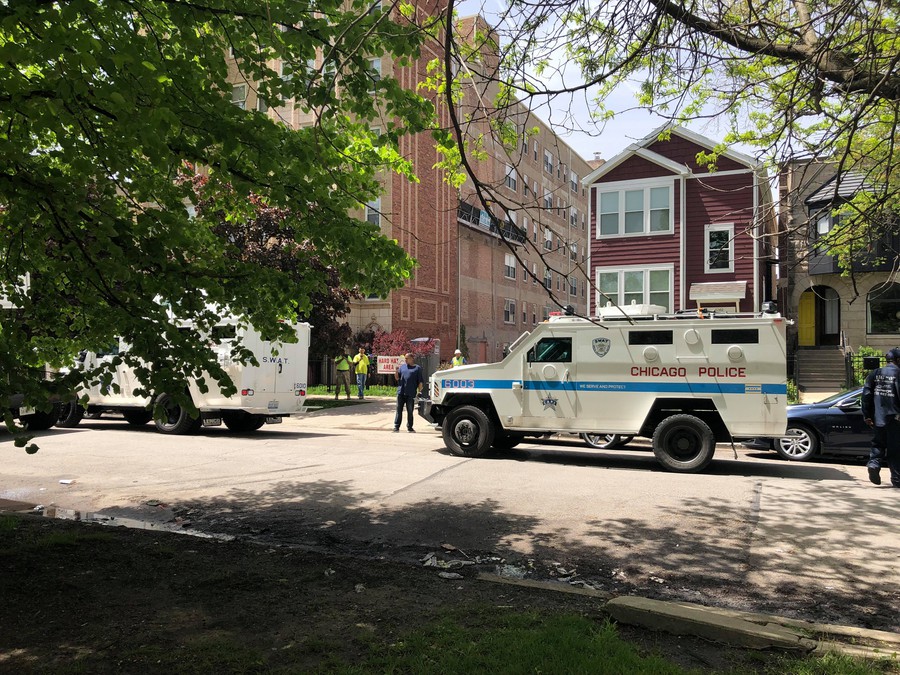 A SWAT car and a CPD car at East 61st Street and South Kenwood Avenue.

A Special Weapons and Tactics (SWAT) team was called to the scene in which an armed man had barricaded himself within the building. The University sent out a security alert about the incident, which occurred just south of campus.

According to a police report released Wednesday afternoon, officers arrived on the 1300 block of East 61st Street in response to a disturbance. When they arrived, a family member told police that a man with bipolar disorder, 22-year-old Myles Frazier, was armed with a weapon. Crisis Intervention officers were on the scene when the subject opened fire, prompting SWAT response. In the ensuing encounter, SWAT officers shot Frazier. He was taken to the University of Chicago Medical Center’s trauma unit, where he was pronounced dead.

The Civilian Office of Police Accountability (COPA) is investigating the incident, and the officers who were involved will be on administrative duty for the next 30 days, consistent with standard CPD operating procedure.

A Facebook account apparently belonging to Frazier shows that he worked at Seven Ten Lanes, a bowling alley and restaurant on East 55th Street. Frazier was also an avid tattoo artist.

University spokesperson Jeremy Manier told The Maroon that Frazier was briefly employed at the University. “We are deeply saddened by this news. Myles Frazier worked in a part-time position at the University for about two months, ending in February 2017,” Manier said.

UCPD and CPD did not provide any further information during inquiry requests.

The University sent out a University-wide alert at 11:36 a.m. telling people to stay clear of the area: “CPD and UCPD have responded to an incident at an off-campus apartment in the area of 61st and Kenwood. Avoid the area until further notice.”

At 12:04 p.m., the University sent an e-mail saying there was no more risk of danger. “Off-campus incident has ended,” the e-mail read. “There is no ongoing public safety issue, but public should avoid 61st and Kenwood as CPD conducts investigation.”

A previous version of this article stated that a Facebook account apparently belonging to Frazier indicates that he worked at UChicago’s Biological Sciences Division (BSD). A University spokesperson said that he did not work at the BSD, but worked briefly in another capacity for the University.