The Chicago Principles Arrive at Other Universities 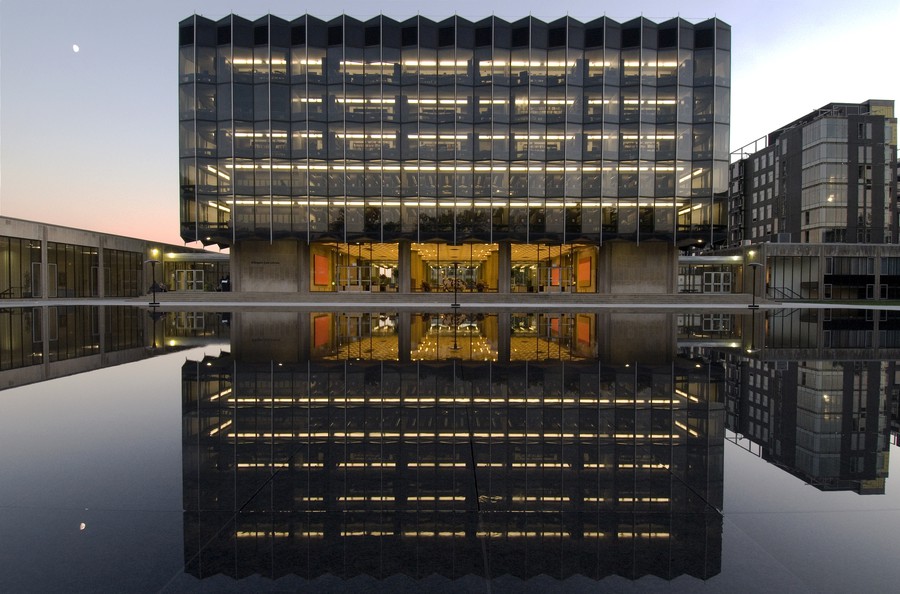 Since 2014, the University of Chicago has followed the Chicago Principles, formally titled the University of Chicago Statement of Principles of Free Expression. At the request of President Robert Zimmer and then-Provost Eric Isaacs, the Principles, which follow the guideline that “debate or deliberation may not be suppressed because the ideas put forth are thought by some or even by most members of the University community to be offensive, unwise, immoral, or wrong-headed,” were drafted by a committee led by law professor and former Dean of the Law School Geoffrey Stone.

The Foundation for Individual Rights in Education (FIRE), a national foundation aiming “to defend and sustain the individual rights of students and faculty members at America’s colleges and universities,” immediately endorsed the principles upon their release in 2014. The following year, FIRE launched a national campaign asking colleges and universities across the country to adopt the Chicago Principles. As of May 2019, 63 institutions or faculty bodies have adopted or endorsed the Chicago Principles or a substantially similar statement, according to FIRE.

The State University System of Florida released a free expression statement on April 15 after Florida Governor Ron DeSantis urged public universities to focus on developing protections for free speech. All 12 subsidiary postsecondary institutions signed a resolution similar to the Chicago Principles. DeSantis stated in a news conference at Florida State University that, “by embracing the Chicago Statement [of Principles of Free Expression] and by getting all these universities and college presidents on board, I think we’re showing that Florida welcomes debate.”

According to the April 15 statement, the new policy hopes “to support and encourage full and open discourse and the robust exchange of ideas and perspectives on our respective campuses.”

The statement further emphasizes that speech ought not to be hindered by intimidation: “Individuals wishing to express ideas with which others may disagree must be free to do so, without fear of being bullied, threatened or silenced.”

In a comment to The Maroon, Mary Zoeller, program officer at FIRE, said the foundation “was thrilled to hear that Florida Gov. DeSantis chose to prioritize student and faculty free expression by urging public institutions in his state to adopt the Chicago Principles.”

Also in April, Pomona College released proposed changes to its college student code, including specific changes which closely resemble the Chicago Principles. Pomona’s current speech code has received a “yellow” rating from FIRE, indicating that the “policies restrict a more limited amount of protected expression or, by virtue of their vague wording, could too easily be used to restrict protected expression.”

The proposed changes state: “The Pomona College student body believes that free speech is critical to Pomona’s mission as an educational institution, and therefore, the norm is that speech and other forms of expression are protected.”

Whether the proposal will be implemented is still under consideration, and the new student code was closed to comments from the Pomona community on May 10.

One of the latest bodies to adopt a freedom of expression principle is the Iowa Board of Regents, a nine-member board that represents state schools including the University of Iowa, the Iowa State University, and the University of Northern Iowa. The board approved the principles to comply with a new state law, signed by Iowa Governor Kim Reynolds on March 27, that requires the Board of Regents and its associated universities to adopt a series of principles that ensure student and faculty “the freedom to discuss any problem that presents itself, assemble, and engage in spontaneous expressive activity on campus, within the bounds of established principles of the First Amendment to the Constitution of the United States, and subject to reasonable time, place, and manner restrictions that are consistent with established First Amendment principles.”

Detractors argue that slight modifications of the Principles being applied to different colleges without adequately considering context fails to address each university’s unique circumstances regarding freedom of expression or claim that such endorsements have no real effect on free expression on college campuses.

In a 2018 Slate article, Osita Nwanevu (A.B. ’15, M.P.P. ’16) argued that the Chicago Principles are nothing more than a “marketing ploy” for the University. He said that Zimmer’s recent commitment to free speech coincides with the University of Chicago’s attempt to gain national prominence and claimed that the University was “dissing safe spaces and rolling out the red carpet for controversial speakers to boost its own brand.” Nwanevu further argued that this “image has also managed to overshadow changes afoot in both campus and academic life at the university,” citing the commitment to free expression as a distraction from issues like graduate student unionization and poor financial management by the University administration.

Sigal Ben-Porath, a professor in the Literacy, Culture, and International Education Division of the University of Pennsylvania, wrote in her article “Against Endorsing the Chicago Principles” that “the endorsement of the Chicago principles comes at the expense of the reasonable demands from people on campuses who argue that free speech that protects the expression of biased views creates an unequal burden that they are made to carry.”

In an e-mail to The Maroon, Stone stated, “When we wrote The Chicago Principles, we were thinking specifically about the University of Chicago and its traditions. That's why the first several paragraphs of the Statement refer specifically to our own history. Frankly, it never occurred to us that other colleges and universities might adopt our Statement as their own.”

Stone stated that he was pleased that other universities have decided to adopt the Principles. However, while he believes the Principles to be an appropriate approach to preserving free expression on college campuses, he also noted that they were far from a universal solution.

“The Chicago Principles are just that—a statement of principles,” Stone stated. “As such, they leave room for interpretation as institutions face concrete issues over time. But I remain convinced that the principles are sound ones and that colleges and universities that embrace them will be all the better for doing so.

“The simple and clearly correct point is that although protecting free expression is essential for a university, protecting free expression does not solve all of the problems a university faces and, indeed, in some circumstances, it can exacerbate other problems. Universities should address those other issues in a creative and determined manner, but it should not regard censorship as an appropriate means for doing so.”

The Chicago Principles have influenced policy on free expression both in the U.S. and internationally.

In Canada, Alberta’s postsecondary institutions will be required to adopt the Chicago Principles. Earlier last year, the Alberta government ordered public colleges and universities to develop free speech policies adhering to the Chicago Principles and to implement such regulations by the start of 2019 or suffer budget cuts.

In March, President Donald Trump signed an executive order that prohibits colleges and universities that restrict free expression from receiving federal funding. The White House has not provided details regarding how the executive order will be implemented, and to what extent funding would be affected.

However, administrators at many universities, including UChicago, have criticized the order on the grounds that institutions need the autonomy to craft their own philosophies around free expression.

In an e-mail to the University community in March, Zimmer wrote, “I believe that any action by the Executive Branch that interferes with the ability of higher education institutions to address this problem themselves is misguided and in fact sets a very problematic precedent.” He argued that federal engagement creates “the specter of less rather than more free expression,” deeming it “a grave error for the short and the long run.”