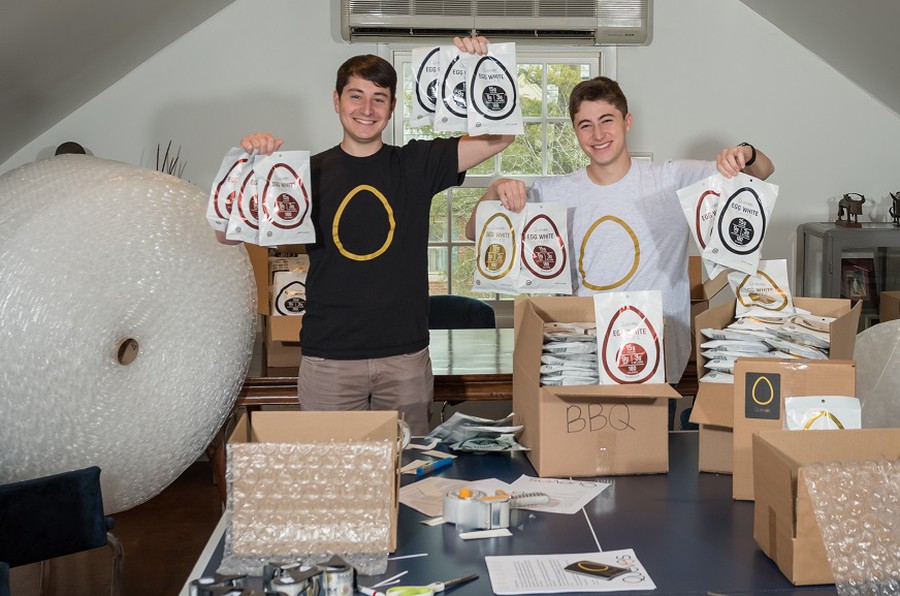 Quevos, the winner of the 2018 College New Venture Challenge (CNVC), continues its success and will expand its retail distribution this summer.

Founded by Nick Hamburger of UChicago and Zack Schreier of Williams College, Quevos is a startup that sells chips made from egg whites. Both Hamburger and Schreier dropped out of college to develop Quevos full-time.

Other UChicago students that were involved with Quevos include Ben Elias, David West, and Chonghyun Ahn, who were on board for the CNVC and all of 2018 and the first quarter of 2019. Emily Her and Tanner Houghton currently intern with the startup.

Schreier has type one diabetes, and his idea of Quevos came from crispy egg pieces, his favorite part of an omelet. Knowing the need for diabetic and keto-friendly snacks due to his lifestyle, he started working with Hamburger to start the business to produce healthy and tasty chips by using egg whites.

Although Quevos only offers egg white chips for now, it also considers creating other types of products made from egg whites. “From day one to now, everything we have made and will make will be a higher protein version of the alternative options with egg whites as the primary ingredient,” Schreier told The Maroon.

Quevos’s biggest challenge was in product development. “One thing that was important for us to learn was the difference between a good concept and a good product,” Hamburger said. Despite having an innovative concept from the College New Venture Challenge and Kraft Heinz’s Springboard Incubator program, Quevos took five months to develop the idea last year. Over the course of two trials in the summer of 2018, hundreds of people sampled the chips, and Quevos had to find solutions for product improvement by trying various ingredients.

“There has been negative feedback and we’ve done more R&D to improve further,” Hamburger said. “We may always be making small improvements, who knows! But things get to a point where enough people like the product and it’s time to start selling it.”

Quevos raised close to $72,000 on Kickstarter this past April and recently won Peapod’s Next Best on Windy City Live. Moreover, for this upcoming summer, Quevos won a deal with Peapod and Hannaford and will be testing their products in a larger scale across the Midwest.

“Once we see strong sales in a few hundred stores, we’re going to roll out nationally, first with natural stores like Whole Foods, and eventually with conventional grocery stores like Costco and Target,” Hamburger said.