Newly elected alderman Jeanette Taylor anticipates it will take six months for her vision to take root in the 20th Ward. 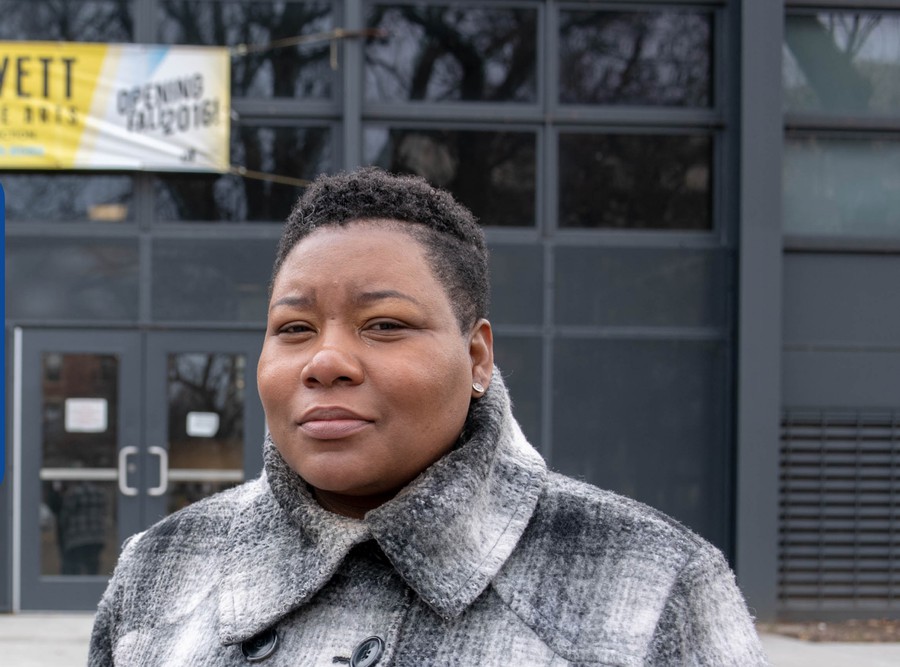 Jeanette Taylor has made her experience as a community organizer a key point in her campaign for alderman of the 20th ward.

In an interview with The Maroon, newly inaugurated 20th Ward alderman Jeanette Taylor discussed her thoughts on the new mayor, her transition process, and her long-term goals for the ward.

Taylor voiced some concerns about Mayor Lori Lightfoot, specifically the way Lightfoot has elected to deal with aldermen so far.

As her first act in office, Lightfoot signed an executive order aiming to substantially reign in aldermanic prerogative, the largely informal authority granted to aldermen to approve or block City Council actions that affect their wards. The order requires that City departments submit a report detailing the ways in which they have deferred to aldermanic prerogative in the past and bars them from honoring it in the future, except when required by the municipal code of Chicago.

Taylor does not have a problem with the substance of the order and acknowledged the need for “checks and balances” in city government. During her campaign, Taylor supported reforming the system of aldermanic prerogative, citing how that practice has been used by previous aldermen to block affordable housing developments in their wards.

However, Taylor took issue with the manner in which the Lightfoot administration briefed the City Council on the order, which she says was done by a Lightfoot staffer, not the mayor herself, and took place right before the media were briefed.

“This is not transparent to me,” she said. “This is not how you start off a work relationship.”

Taylor said she plans to schedule a one-on-one meeting with Lightfoot to address her concerns and tell the mayor about issues affecting the 20th Ward.

Throughout her campaign, Taylor advocated for increased civilian oversight for the Chicago Police Department (CPD). Last week, a SWAT team entered the home of 22-year-old Woodlawn resident Myles Frazier, who suffered from bipolar disorder, shooting and killing him. Frazier was armed and had fired shots, some of which had gone outside. Activist groups, including the Chicago chapter of Black Lives Matter and UChicago Student Action, condemned the killing, emphasizing the need for better access to mental health services for disadvantaged communities.

In Taylor’s view, preventing situations like Frazier’s death will require better mental healthcare “on both ends,” addressing both civilians’ mental health as well as that of police officers.

“People do not talk about the mental health of these police officers,” she said. “You have people who jump out the car and shoot, when they should be walking the beat and talking to the neighbors.”

Taylor thinks the City spends too much money on policing, but given the large role that police currently play in the 20th Ward communities, she believes that “we do have to work with what we have.” She plans to collaborate with Alderman Stephanie Coleman of the adjacent 16th Ward to meet with police leadership in order to explore mental health options for officers and build a better relationship between the CPD and the South Side communities they serve.

Taylor, whose interview with The Maroon took place on her third full day in office, is still getting her operation together. She has found an office space that will be ready in June and is in the process of setting up a mobile app that will facilitate easier communication with constituents.

Throughout her campaign, Taylor emphasized the importance of maintaining community engagement after the election. “It’s not enough that you vote for me,” she frequently said. “I have to take you to City Hall with me.”

With the first City Council meeting coming up on Wednesday, Taylor is hoping to put the adage into practice. 20th Ward residents will be notified ahead of time via text message and kept updated through Taylor’s ward calendar. “I will make sure that my constituents are there.”

Taylor gives Ward residents her cell phone number and has plans for community meetings at least twice a month, when possible. She also has plans to get out into the ward in person.

“Two days a week,” she said, “me and my staff will walk the block and meet our community members and ask them what they want to see.”

Taylor anticipates that it will take around six months to fully implement her vision for community engagement in the 20th Ward.