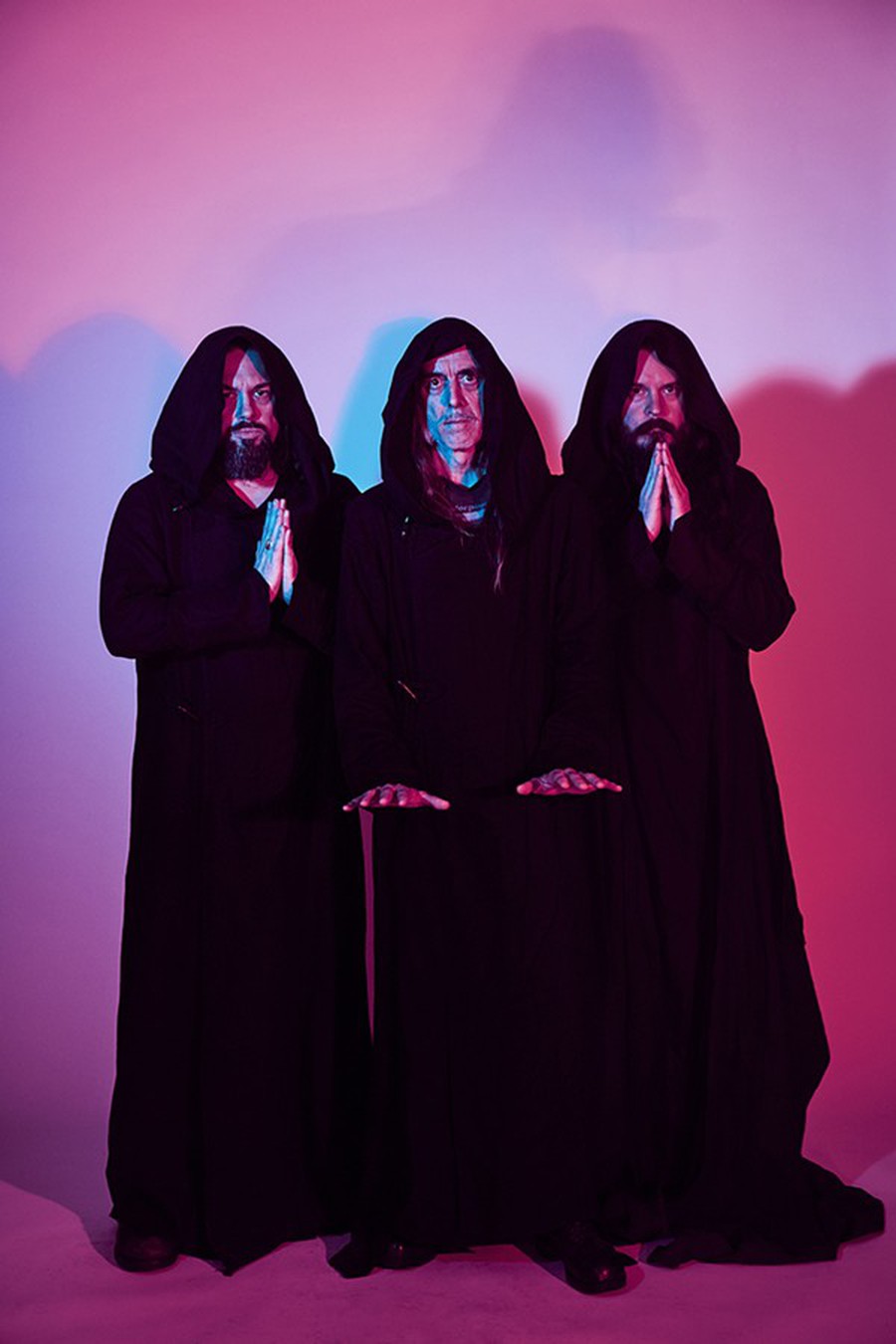 When I first saw images of Sunn O))), I thought they looked hilarious. The long black robes, the Les Paul guitars draped over their shoulders, and the grassy wasteland background seemed to be mere props to build on a shadowy, mystical aesthetic. Even their name looked ridiculous at first glance. What I didn’t realize, though, is that this aesthetic genuinely serves a purpose.

There’s a reason Sunn O))) played at Rockefeller last month. They’re on tour to promote their new album, Life Metal, sure—but I think it goes deeper than that. Lately, they’ve been touring at venues like churches and chapels. A friend of mine saw them in Detroit, where the concert was relocated to a warehouse. There’s something about seeing the legendary doom-drone duo in an inherently spiritual place that really makes it click, especially for a band who has a hit song entitled “Big Church.”

No other building can truly match the sense of impending grandeur than a Gothic-style church like Rockefeller Chapel. I felt like I was on a pilgrimage walking down Midway toward the chapel. Once inside, it was immediately clear just how much they had decked out the stage. There were amplifiers, some six feet tall, forming a semicircle around the back, and a crazy number of pre-amps and mic stands scattered around. It looked, for lack of a better word, pretty epic. When the concert finally began, almost two hours after I sat down in a pew about six rows from the stage, the smoke machine started and multicolored lights rained down upon the stage, filling the entire chapel with a beautiful pastel mist. All of this spectacle exists to serve one specific purpose: the sound.

At a Sunn O))) show, the music is holy. The music is so loud that it physically affects you. It reverberates through your entire body, making each tendon vibrate at the same frequency as the thundering chords emanating from the band members’ guitars. These notes, held in suspension for as long as 30 seconds, are allowed to evolve within the space, bouncing off the walls endlessly and acquiring new frequencies and new textures as they do so. Basking in these luxurious chords, I started listening to the overtones branching out of each note, and I was really amazed at their clarity and weight. The volume serves a purpose here: It heightens the music and makes it resonate with you on a spiritual level.

This holy atmosphere was amplified (get it?) by the presentation of the performance. The previously mentioned robes began to take on their full significance. Stephen O’Malley, Greg Anderson, and all the other performers were actively worshipping the sound. They held their guitars up so as to give them iconographic significance. They exaggerated their movements to a ridiculous degree, giving them spiritual weight. They were apostles, not creating the music, but actively channeling it through their bodies, and their guitars were vessels through which the sound could manifest. The atmosphere of the chapel, of course, aided this effect. The combination of the mist and the multicolored lights on stage projected the shadows of each person and object onto the fog, literally rendering them larger than life. At one point, I even became convinced that Sunn O))) was going to literally bring down the house.

Even if their records aren’t your thing, trust me when I say that a Sunn O))) concert is a completely different, and entirely worthwhile, experience. I left the show feeling as though I had just had the most intense full-body massage of my life, and that I had been immersed in one of the most intense and all-consuming sonic landscapes you will ever experience. As crazy as this may sound, the whole thing was kind of relaxing. This band is creating (or channeling?) some of the most innovative and deeply involved music out there right now, and has been for the past 20 or so years. If they know how to do one thing, though, it’s how to put on a hell of a show.