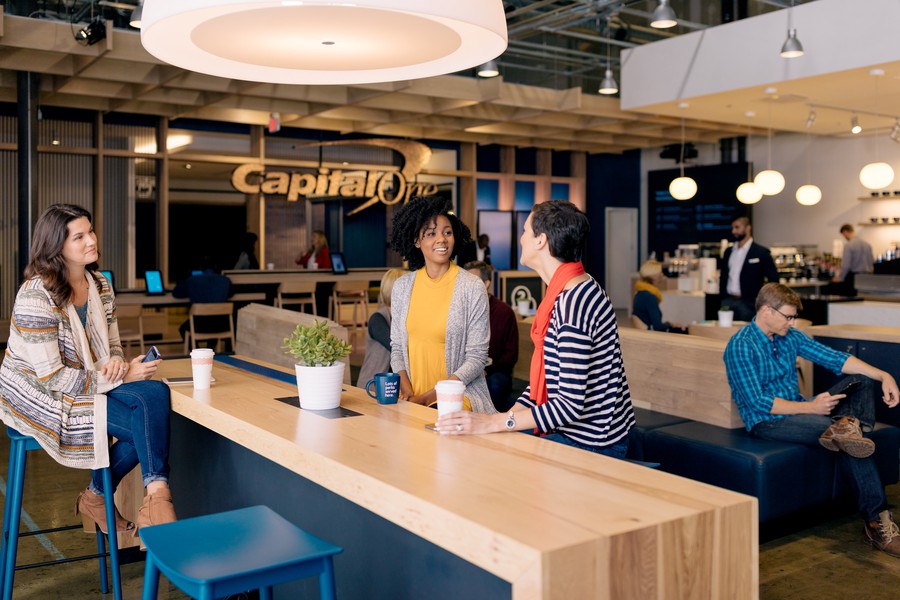 Courtesy of Capital One

Capital One, a bank holding company, plans to open a café on 53rd Street before the end of this year. The café will combine elements of a commercial banking storefront and a coffee shop.

The café, slated for 1465 East 53rd Street, will sit across from the University’s Polsky Exchange, joining existing Chicago locations in Lakeview and Old Town. The bank has opened cafés in major cities across the country in a bid to give banking a friendlier face for millennials who reportedly eschew traditional banks.

Capital One’s bank cafés sell Peet’s Coffee, pastries and other snacks, and offer free Wi-Fi. The locations are open to the public, not just banking customers, but Capital One cardholders are given 50 percent off for the beverages on sale.

A spokesperson at Capital One, told The Maroon in a statement that Capital One cafés focus on “blending the physical and digital worlds.”

“Imagine sitting on a couch with an iPad in one hand and a latte in the other with a Café Ambassador coaching you through setting up an account, paying your bills online, or applying for a credit card and more,” the spokesperson wrote.

Antonio Wilson, who previously held the title of Capital One’s “Chicago Café Coach,” told Chicago Inno that the modern design of the café space “makes you feel like you’re inside of a digital website with a café.”

The cafés also offer free financial coaching programs, which are open to the public, and provide group Money Workshops—seminar series with titles like “Talk Money with Your Honey” and “Moving on up in Work and in Life.” The statement noted that the complimentary Money Coaching program is “designed to help you discover how your values and money are connected.”

Rounding out this microcosm of late capitalism: Customers can learn how to use Amazon Echo to pay their bills at the café’s Demo Bar.

Promotional materials for the cafés also highlight Capital One’s work in private charity. “Our Ambassadors give back through volunteerism projects, charitable contributions and community partnerships,” the statement noted.