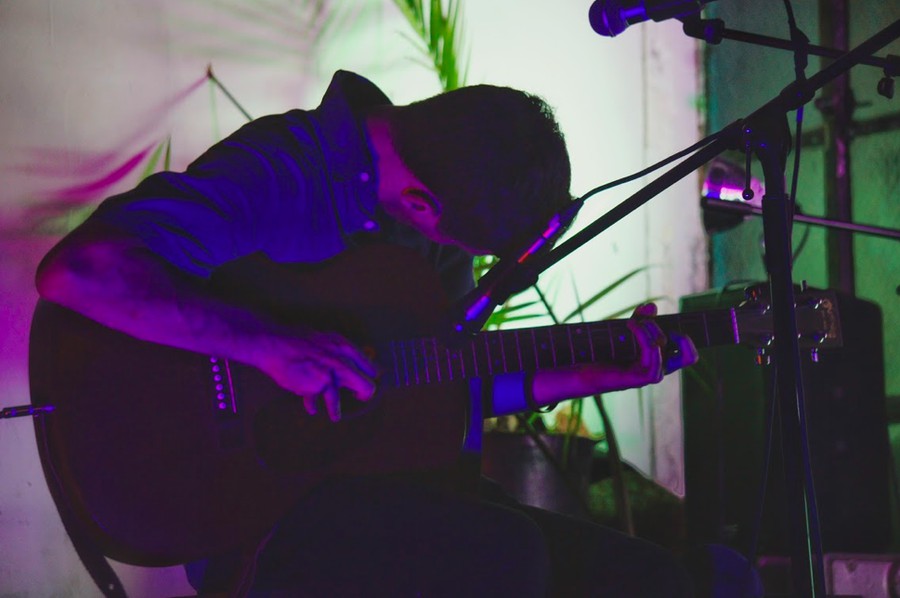 Winter's sound is so rich that it’s almost unbelievable that the whole album only uses one or two instruments at a time.

For UChicago third-year Eli Winter, each year seems to be bigger than the last. After composing and performing music for years, 2018 saw him touring the country and opening for Ryley Walker in Chicago. And as of May 24, he has released an album with Blue Hole Recordings. Titled The Time To Come, Winter’s debut is a confident, warm, gorgeous instrumental collection of six guitar pieces.

The album opens with “Sunrise Over the Flood,” a piece composed mainly of gently undulating arpeggios which break into a menacing series of scales. What comes next is, arguably, the highlight of the whole album: “Woodlawn Waltz,” an incredibly sweet set of guitar runs over a 3/4 time signature. “Waltz” is a testament to Winter’s ability to set a tone and develop on top of it. His sound is so rich that it’s almost unbelievable that the whole album only uses one or two instruments at a time.

A couple of tracks later, “Knock It Out” somewhat changes the mood. The only electric track on the album, Winter piles guitar licks onto a steady bass before breaking into a simmering meditation built around a single note. In marked contrast to the folk-rock leanings of the other material on the album, “Knock It Out” channels all manner of proto-punk influences, surprisingly finding similar territory to The Velvet Underground’s “Venus in Furs.”

“The Time To Come” is the album’s centerpiece, clocking in at just over 15 minutes of dynamic shifts and galloping arpeggios on Winter’s 12-string guitar. It is a song that Winter has been performing for several months, with increasing polish. A fascinatingly intimate moment unfolds about three minutes into the track. Amid a series of increasingly impassioned chords, Winter’s finger picks can be heard hitting his pickguard. It’s not something particularly unusual, but in the context of the piece, it comes off dreamy, like being in the room with Winter as he plays. From there, the track morphs to a gallop as it runs through its remaining time.

At his album release show on May 25, Winter performed The Time To Come alongside ambient musician Sam Wagster. It was a beautiful show; the musicians were surrounded by small lights in Constellation’s performance space. It’s hard not to be optimistic: After years of buildup, Winter has put out a wonderful album that demonstrates his musical versatility and artistic talent.