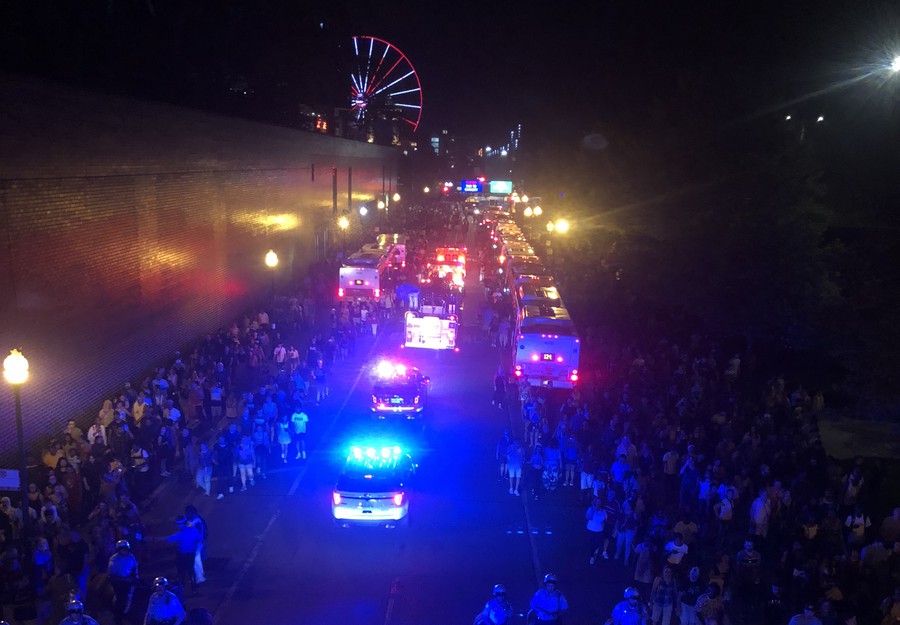 Two minors and one adult were stabbed following the Fourth of July fireworks display at Navy Pier. False cries of gunshots in the crowd sparked a stampede that left 14 people injured, according to the Chicago Police Department (CPD).

With its annual display, Navy Pier is one of the most popular spots for UChicago students and members of the greater Chicago community to watch fireworks on July 4. A Navy Pier spokesperson estimated that nearly 50,000 people were at the pier at the time of the stabbings and stampede. At least 15 UChicago students were present.

Police scanner reports show that police originally thought that four people had been stabbed at the pier. Chicago police have since confirmed that the fourth person who was believed to be stabbed, a 16-year-old male, actually punctured his leg after running into an overturned table during the stampede. He is now at Northwestern Hospital in stable condition.

CPD believes at least two males were involved in the stabbings. The police do not yet know the identity of the suspects and do not have them in custody.

At around the time of the stabbing, an unknown person threw firecrackers in the crowd. False reports of gunfire in the crowd further fomented panic, sparking a stampede at the exit of Navy Pier that resulted in 13 additional non-life-threatening injuries, Chicago police said.

Multiple eyewitnesses told Maroon reporters that fireworks were set off in the crowd, which they said they believe caused the gunshot-like sounds many people heard on the pier.

People leaving the pier were panicked and confused as they saw others running and as they received conflicting information from officers attempting to regulate the crowd.

Max Korsun, a rising second-year, said, “When it hit us what was happening, a friend looked at me and said, ‘Run’. We scattered, and I tried not to topple over people hoarding around the sides of the pier.” 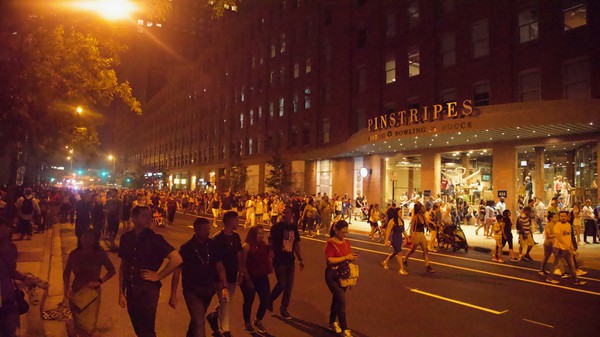 Maya Krasovsky, a rising second-year, described the stampede as “a free-for-all,” saying that people began shoving others out of the way to escape the pier after rumors of a shooter began spreading. Multiple groups were separated during the stampede, including parents from their children, according to students and Maroon reporters on scene.

Korsun and other students on scene said they saw multiple people crying, running, and screaming while hiding on the pier during the incident.

Max Saintfort, a rising second-year, said a police officer told him to “get down and stay down,” while a Maroon reporter on the pier at the time of the incident was told to “get as far away from [the pier] as you can.”

Sydney Jenkins, a rising third-year, said that initially, security at the pier seemed just as scared as those in attendance.

“What scared me the most was seeing a police officer backing away with the crowd, looking just as freaked out as the rest of us,” Jenkins said.

Later, police on scene told people on the pier that it was safe to evacuate, and helped filter people away from the scene.