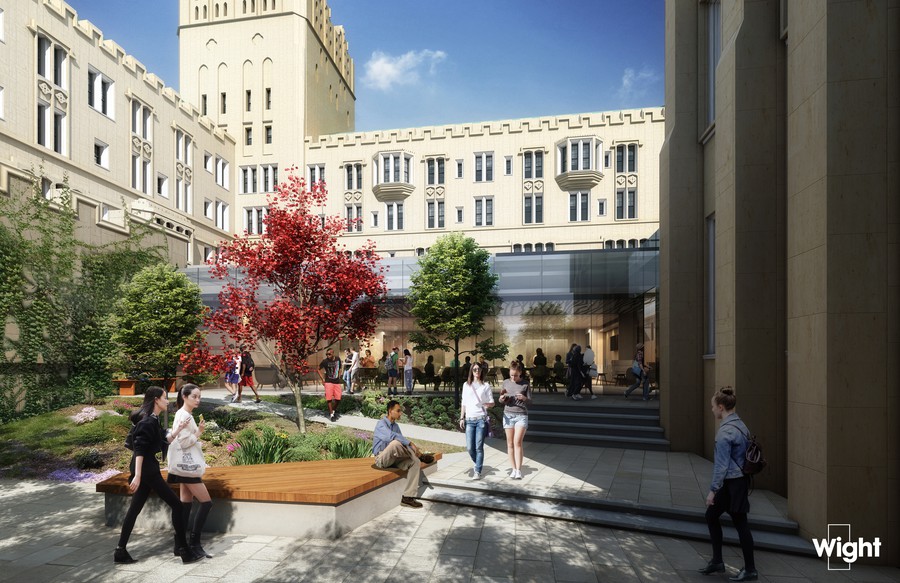 A rendering of the courtyard in UChicago's new student wellness center.

Stipend hike for Metcalfs: The College plans to raise the $4,000 base stipend for the Jeff Metcalf internship program to $5,000. 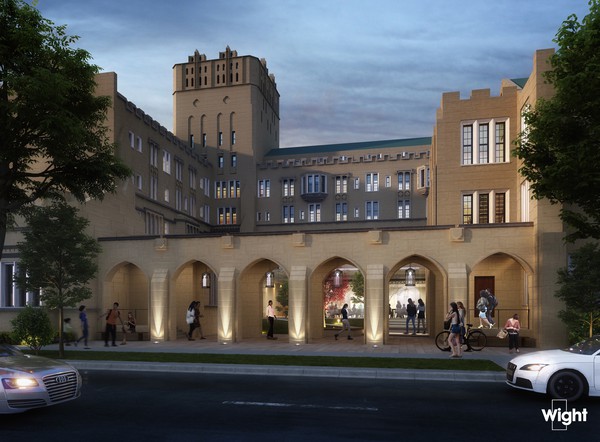 For a third year, the University will offer Vue53, a commercial apartment complex near campus, as a student housing option.

The Obama Presidential Center will have an “adverse effect” on historic properties within Jackson Park and on the Midway Plaisance, a report by Chicago’s Department of Planning and Development found.

Vivian Gussin Paley (Ph.B. ’47), a MacArthur Genius grantee, author of 13 books about childhood development, and teacher at the University of Chicago Lab Schools for a quarter of a decade, died in late July. She was 90. 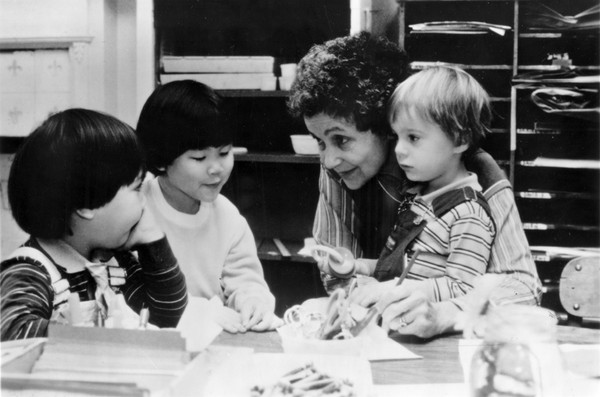 Vivian G. Paley (2nd right), pre-school and kindergarten teacher and early childhood education researcher in the University of Chicago Laboratory Schools. She is pictured with students.