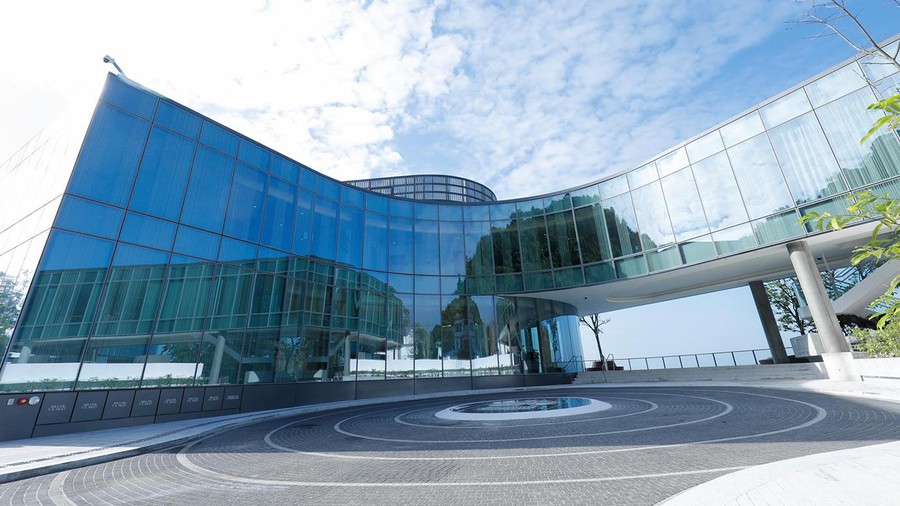 The main entrance of the University's Hong Kong Yuen campus

As a months-long pro-democracy movement in Hong Kong persists, the University is increasing security measures, but does not intend to cancel a September study abroad program in Hong Kong focused on human rights.

“We plan to continue the program with modifications as needed to account for the security situation,” the University’s study abroad office said in an e-mail last week to participants of the program, which will run from August 30 to September 21.

In Hong Kong, late-spring demonstrations surrounding a proposed bill that many residents feared would undermine Hong Kong’s autonomy have since erupted into a movement that has forced China to reckon with Hong Kong’s ambiguous status under the mainland’s “one country, two systems” rule.

Participants of the September study abroad program—advertised as being centered on “the human rights challenges facing Hong Kong and the region today” and including talks with human rights actors and journalists—feel that it is especially appropriate for the University to keep the program running.

“I think it’s pretty apt that we’re still going and experiencing a movement while we’re there, instead of just learning about past events,” said Jocelyn Zheng, a rising third-year who will be participating in the program.

Thomas Zheng, a rising fourth-year student who will also attend, said, “It's exciting since it’s both an opportune and inopportune moment to be there.”

“It does make the study abroad more risky,” he continued, “but it is opportune because it’s a human rights program.”

When asked about the University's decision to keep the program running, University spokesperson Jeremy Manier said in a statement, “The University of Chicago’s Yuen Campus in Hong Kong has not been directly affected by recent protests and continues to operate normally.”

Manier added that “students in the program are informed of emergency procedures, which are in line with recommendations from the U.S. State Department and International SOS, the University’s emergency health and security assistance provider.”

Since March, Hong Kong residents have protested a proposed extradition bill, fearing it could grant China control over Hong Kong’s legal system. In June, the protests grew, with hundreds of thousands of residents marching through major roads. Hong Kong chief executive Carrie Lam said in July that the bill is “dead,” but has not explicitly said the bill is withdrawn, a demand that protests have consistently been making.

Last week, protestors crowded the Hong Kong international airport, delaying departures at one of the busiest airports in the world. As the movement has intensified, so has the mainland Chinese government’s language. Mainland officials said last week that protestors showed “signs of terrorism.”

The conflict has spread globally, with demonstrators both for and against the Hong Kong residents rallying in the United States, Canada, and Australia, among other countries.

The University’s Hong Kong program was announced before protests of the extradition bill began. It is part of a new series of three-week September programs, including two other programs in Paris and Florence.

In an e-mail last week to participants, the study abroad office described the added security measures the University will take. It said that the University has arranged cars to pick students up if they arrive on the first day of the program, and has provided taxi cards for students arriving on any other days.

“Do not take public transportation from the airport,” the e-mail said.

The e-mail also advised students to stay out of the vicinity of the protests, in accordance with recommendations from the U.S. State Department.

“Avoid wearing black or white T-shirts due to their associations with protesters/counter-protesters,” one of the University’s recommendations reads.

Thomas Zheng said he thinks the University is “doing the appropriate amount of precaution.”

“But,” he continued, “I’ll have to see what it’s like during the program and how much freedom they’ll give us.”

Zheng thinks that at this time, it’s unlikely the University will cancel the program.

“Given that we’re less than two weeks from the program and the school has shown no intention of retracting the program, I have a hunch they’re not preparing for the case where they would need to cancel and refund the students in the program,” Zheng said. The program costs $4,175 for each participant.

In Hong Kong, other than the September program, the University has also long run a Colonizations program for students to fulfill the civilizations Core requirement, and last year announced that it will launch an economics program, with the first iteration to be held in winter 2020.

The original Cairo program was removed after winter 2013, due to security issues in Egypt.