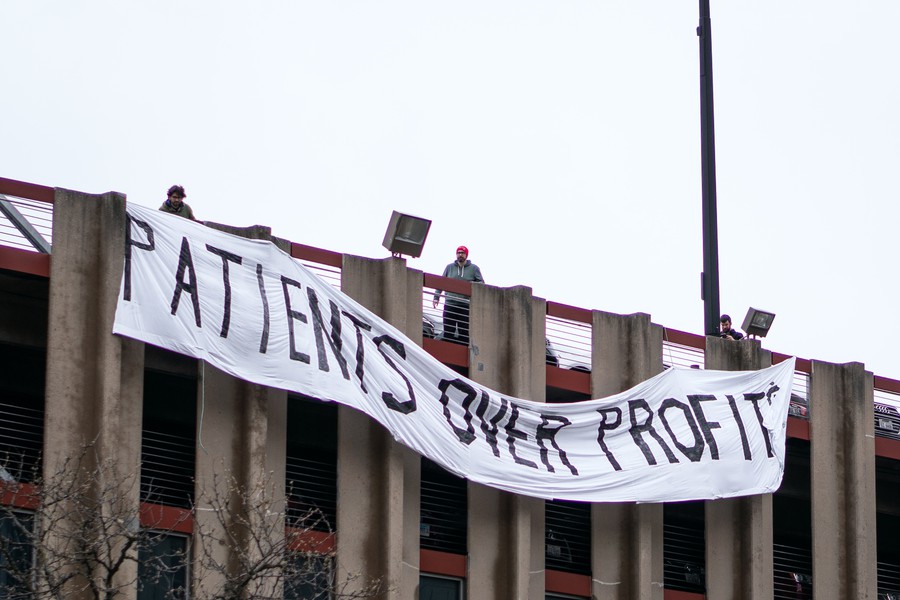 An e-mail from a UCMC administrator to nurses posted online confirms the date, and says that the strike will begin at 7 a.m.

The nurses, members of the national labor organization National Nurses United (NNU), voted to authorize a one-day strike in late August. By law, the nurses’ union must notify UCMC at least ten days prior to its workplace action. The union notified UCMC of the strike date on Monday, according to the Labor Council.

The decision to strike is an escalation of ongoing contract negotiations between the union and UCMC, after the union’s last contract with UCMC expired this spring.

The union has alleged that UCMC has inadequate staffing and ongoing security issues and rallied in July to raise awareness. The UCMC disputed the charges, stating that the hospital’s staffing levels are well above national averages and nurses at UCMC are offered competitive compensation packages.

The Labor Council indicated that its various unions—which include Graduate Students United and the non-tenure-track faculty union Faculty Forward—would be supporting the nurses.

“The workers of the UChicago Labor Council stand behind the nurses of the University Hospital as they demand, among other things, contractual protections for staffing and access to medical equipment,” the council said in a statement to The Maroon.

“UCMC did not want a strike and has done everything it could to avoid one. It has listened to concerns and made numerous proposals to address them,” Albert said in the e-mail.

She said the hospital administration has been attempting to make progress on negotiations—such as by proposing to raise wages and pay at least 75 percent of healthcare premiums for full-time nurses last Friday—and has asked the union “to meet us halfway.”

“Instead,” she continued, “(the union) ended negotiations with no movement, no response, and no new proposals.”

Albert said that UCMC was prepared to continue negotiating with the union, noting that there are eight upcoming contract negotiation dates through mid-October.

In a statement last month following the nurses’ vote to authorize a strike, UCMC spokesperson Ashley Heher said that a strike would not disrupt normal hospital operations.

“We have a full strike plan in place to ensure our patient care will continue should the union call for a walkout in the future,” Heher said. “This includes engaging an outside firm that can provide a fully trained group of nurses to provide continuity of care.”

The strike vote is an escalation of ongoing contract disputes between the nurses’ union and UChicago Medical Center.