The Fight for Jackson Park Rages On 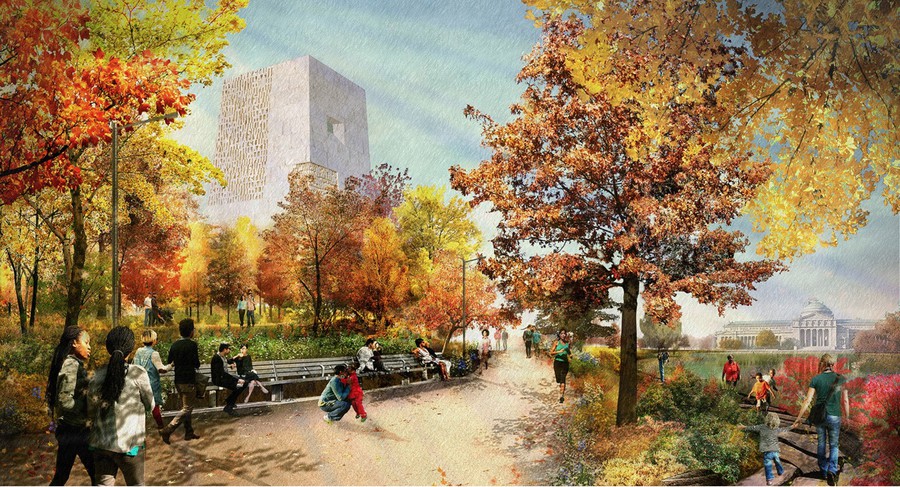 The future of the Obama Presidential Center (OPC) and Jackson Park, the planned site of the Center, remains uncertain after a summer of legal action and community activism both for and against proposed construction plans.

The community’s concerns and resistance towards the project no longer take issue with merely the OPC. The extent of the community’s attention spans the logistics of plans to reshape Jackson Park in its current form not just by adding a presidential center, but by fundamentally changing the geography of the park and surrounding area. 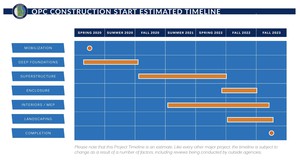 As proposed plans for Jackson Park begin finalization processes, the summer has seen activity from three major fronts that will have crucial implications for the project’s future and Lakeside Alliance’s estimated timeline.

First, environmental activist group Protect Our Parks is not letting up on a lawsuit filed against the City of Chicago and the Chicago Park District for allowing the Obama Foundation, a private entity, to build the OPC on public parkland. Second, local activists and aldermen have introduced an ordinance in City Hall that would legally bind developers of the OPC to requirements meant to prevent rising rents and displacement. Lastly, the OPC remains under scrutiny by city and federal agencies as part of a federal review process.

In the midst of increased activity within each of these areas in the Jackson Park project, the City of Chicago ushered in new leadership in late May with the election of Mayor Lori Lightfoot. The new mayoral administration has been received by the community as an opportunity to address issues that former mayor Rahm Emmanuel was unwilling to negotiate.

The Legal Battle to Relocate the Obama Presidential Center

In early June, federal judge John Blakey in the Northern District of Illinois dismissed a lawsuit brought by Protect Our Parks (POP) against the Chicago Park District and the City of Chicago. The plaintiffs argued that the OPC violated public trust doctrine and was an improper use of land, fighting for the OPC to be relocated and offering Washington Park as an alternative.

POP responded to the dismissal by saying Blakey “refused to acknowledge the shell game taking place and act to stop it, and he could not resist the hidden influences of all the powerful interests hell bent on stealing Jackson Park to indulge their selfish desires.”

POP has filed an appeal for the case, for which one of the legal counsels will be University of Chicago law professor Richard Epstein.

After the federal review of the Center found adverse effects on Jackson Park caused by the currently proposed OPC plans in early August, POP asked Blakey to reopen the original case to consider the new information. The City argued against reopening the case, countering that the new information is not relevant to the lawsuit’s question of whether the City has legislative authority to authorize the OPC’s construction in Jackson Park.

As early as a few months after the introduction of the OPC plans on the South Side, activists have been vocal about their desire to put in writing a Community Benefits Agreement (CBA), a legally binding document that obligates the City to guarantee conditions on the project such as contracting with local firms and protecting renters’ rights to ensure locals benefit from the project’s construction. President Obama and the Obama Foundation, as well as former mayor Rahm Emanuel, did not move forward with any plans to make a formal CBA agreement despite community outcry.

Early in her mayoral campaign, Lightfoot had said she was in favor of a CBA. But when Lightfoot entered into a runoff later in the election, her response when asked if she supports a CBA became more equivocal.

“I will work to help resolve outstanding issues in a way that is respectful of community needs as articulated by residents,” Lightfoot said to WBEZ Chicago. “I am concerned about the Obama Foundation’s reticence to sign a community benefits agreement, especially for a project that is receiving more than $100 million in public funds.”

In July, Fifth Ward Alderman Leslie Hairston and 20th Ward Alderman Jeanette Taylor introduced a CBA ordinance. The ordinance places restrictions on the timeline of property sales to give renters time to either counteroffer buyers or find new housing and both incentivizes and requires affordable housing in future property development, all of which counteracts threats of displacement.

In September, an additional study conducted by the University of Illinois at Chicago commissioned by the CBA Coalition found that rents and housing prices in the area around the OPC are rising to a level that residents can’t afford.

A series of federal reviews are required to ensure the integrity of the park is maintained and that anything deemed historical by the federal government is not adversely affected by project plans. A formal Assessment of Effects (AOE) is made and consulting parties must come to an agreement on how to modify the project to do away with anything that adversely affects the historic property.

The AOE report released at the end of July found many adverse effects caused by current plans on the historic areas of Jackson Park, but found no adverse effects on the surrounding area. Many consulting organizations sent letters stating their concerns to the first draft of the AOE. The most notable consulting party, the Advisory Council on Historic Preservation, stated that in the first draft of the AOE, “not enough detail is provided to properly characterize the nature and intensity of the adverse effects.”

The plans for Jackson Park must also undergo reviews of project’s environmental impact, an assessment of adverse impacts caused by any new roadways, and it must be assured that new recreational land is created to replace and previously recreational land lost because of the construction of new buildings, namely the OPC.