Starting College After a Gap Year

Though many worry about starting college a year later than expected, adjusting to college after a gap year isn’t as difficult as it’s assumed to be. 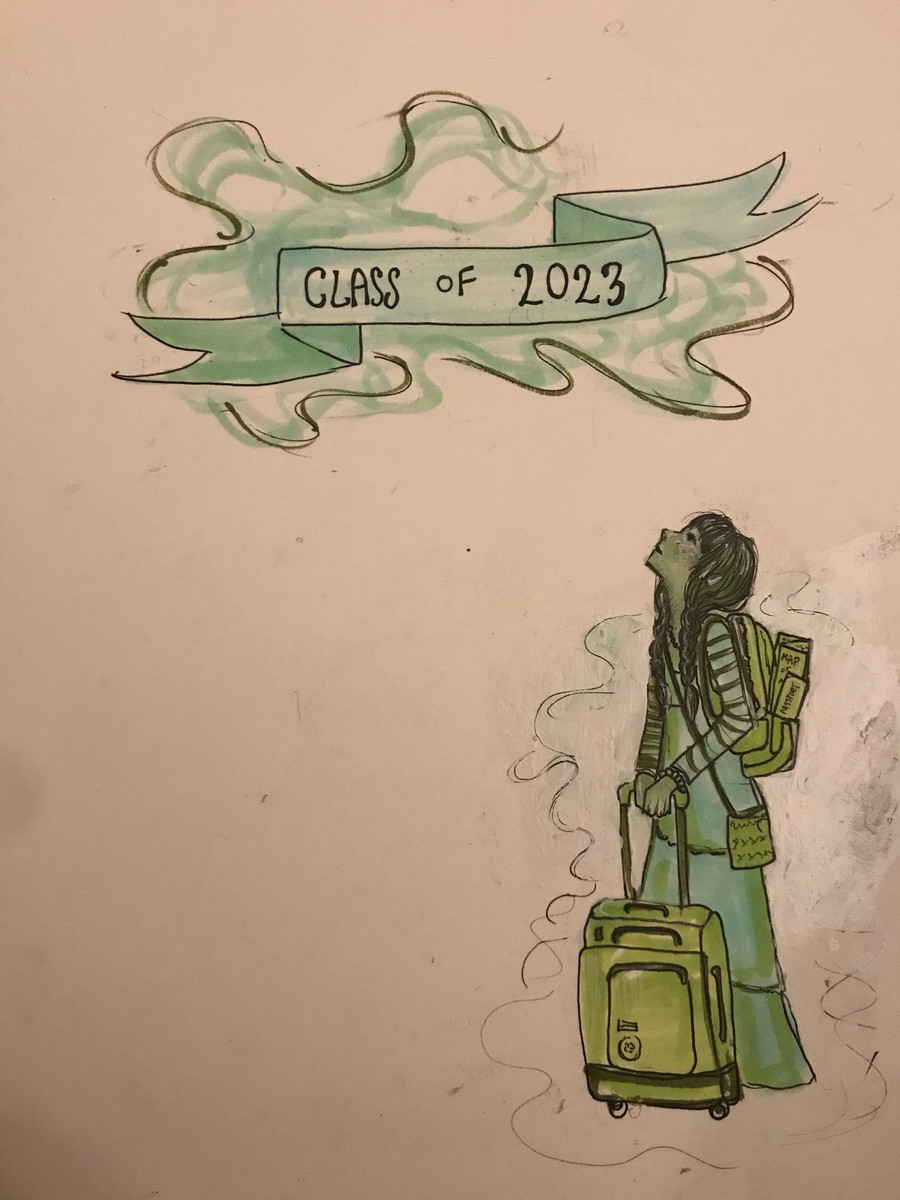 In the past couple of years, an increasing number of students in the U.S. have opted to take a semester or more off in between high school and college. This concept of taking a “gap year,” which has long been popular in European countries like Norway, Denmark, and Turkey, where over 50 percent of students take a gap year before college, has finally reached the United States. While students consider taking a gap year for a variety of reasons, I personally started to research gap years when Malia Obama took one in 2016. I was not the only high school student intrigued by the idea of breaking from the tunnel-vision approach to education in America, in which students often push themselves to excel academically throughout different levels of education without necessarily considering their own well-being and desires. In fact, in 2015, the American Gap Association found that 30,000 to 40,000 American students decided to take a gap year, representing a 22 percent increase from the previous year.

Now, there are more resources than ever to help “gap students” figure out what to do during their time off, from internships to travel programs. While a gap year does allow burnt-out high school students to take time away from a traditional school environment, it offers the opportunity to learn in unconventional ways—for example, through travel or hands-on experience. With increasing amounts of data on the benefits of gap years, this alternate route seems to be a good choice for many students. However, less information is available concerning how to adjust to the return to school at the gap year’s end.

During my gap year, I traveled with two service-based programs, first in Southeast Asia and later in South and Central America. While at home, I worked as a tutor at a nearby center for elementary students. I’ve met many people in my class at UChicago who took a gap year, and no story is the same. As someone who took a gap year and is one year into college, here is my advice on how to best adjust to the college environment after taking a break from school.

Don’t worry about being older than the other students in the incoming class. Looking back, this seems like a no-brainer, but I was concerned that my age (a year older—oh no!) would differentiate me from my classmates. I quickly realized I had absolutely nothing to be worried about. While it is true that many of your core classes will be with other first-years, you will meet students from other years in classes required for your major, in your dorm, and in Recognized Student Organizations (RSOs). People of all ages hang out together either way. Furthermore, college is not the same as high school, where there is often a huge difference between the maturity levels of freshmen and seniors. Everyone is on the same page in terms of trying to figure out early adulthood, so being a year older won’t make much of a difference.

If you feel out of practice in certain subject areas or in terms of studying in general, reach out for help and take advantage of the resources that already exist. Personally, when tasked with completing a chemistry problem set after not thinking about polarity or chemical equations for over two years, I knew I needed help. At UChicago, a good place to start is the College Core Tutor Program in Harper Memorial Library, which is open Sunday through Thursday in the evening, no appointment needed. For example, if you (like me) find yourself a little bewildered in calculus after not taking math for a year, there are upperclassmen math majors available to answer your questions without judgement. Additionally, professors and teaching assistants almost always appreciate when students come by during office hours to ask questions. There’s no point in being embarrassed to ask for help; it is much better to tackle the problem when it arises than to wait until finals week. Furthermore, remember that many skills you likely developed over your gap year, like organization and problem-solving, are translatable to an academic environment and can be used to help you succeed even after time away from the classroom

Your new peers are going to ask about what you did on your gap year, so think about your response ahead of time. I found that it is not easy to sum up an entire year of new experiences and feelings into two sentences on the spot. You don’t want to lecture people on every detail, but you should also do justice to your gap year. I was given the useful advice to have three available responses to this question: one that gives a brief summary, a second that tells the listener what you did during the year but also how it may have changed your perspective, and a third that details your experiences with a couple of anecdotes. Your first response could be to someone you do not know that well and who may not really care too much. The third would be for a close friend, and the second for someone somewhere in between.

Connect with other students who took gap years and who can relate to the experience of returning to school. Now, a year later, some of my closest friends also took gap years!

During my gap year, there was a Facebook group and group chat for students in the same position. UChicago encourages students to consider gap years, so you’re likely to run into many other first-years in a similar situation. Reaching out to someone you can relate to about your decision to take a gap year and ask about the acclimation to college life can feel both comforting and familiar.

Try not to compare your experiences, friends, and emotions at school with your gap year, or even high school, equivalents. I often found myself longing for the excitement of travel (and warm weather), especially during winter quarter. While it is tempting to complain to yourself about how stressed you are about classes or social life while only a year ago, you were exploring and able to freely choose how to spend your time, remember that there are highs and lows both in and out of school. The decision to take a gap year because it would benefit you is just as important as the decision you made to attend UChicago. It is normal to feel overwhelmed by the changes that accompany starting college, but by reminiscing too much on the past, you draw attention away from what you are experiencing in the present, making it more difficult to focus on overcoming the obstacles that are making you unhappy right now.

Don’t let school take over your life, remember the bigger picture. Whether you took a gap year because you felt burnt out from high school, to earn money, or for any number of reasons, you probably had many experiences that were removed from grades, tests, and papers. Assuming that you willingly choose UChicago, with its intense academic reputation, there’s a good chance you care about doing well in school. However, the insight you garnered during the gap year will help you understand that there is more to life than how well you perform on paper. Health, happiness, drive, and curiosity are far more important and will allow you to succeed both in school and in life.

The first year of college is a transitional period for everyone and comes with a unique array of challenges and thrills for each individual. Your experience adjusting to college after a gap year is not going to be the same as someone starting directly from high school, but that’s okay. By trying to keep perspective and this advice in mind, you will be able to carry all the benefits of your gap year on with you to college. Good luck, and remember that even though your gap year has ended, the experiences you had and the wisdom you gained will serve to better your time at UChicago and beyond!