The project, with a new 17-story tower featuring office and laboratory spaces, is being portrayed as a step toward further engagement with the local community. 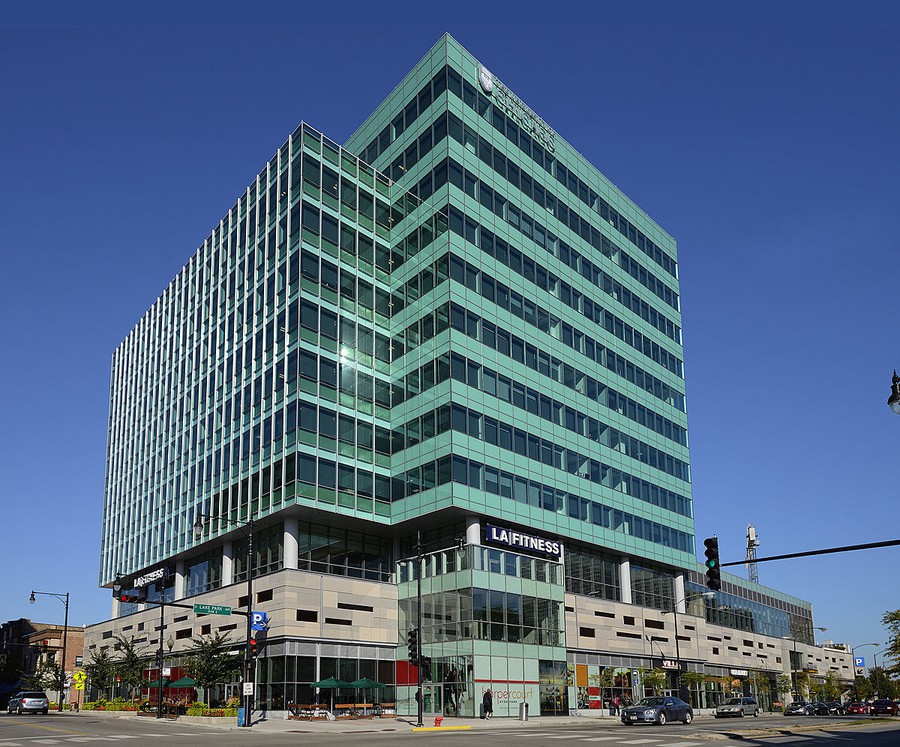 The second phase of the Harper Court construction project will break ground in late summer or early fall this year, with a new 17-story tower featuring office and laboratory spaces.

Fourth Ward Alderman Sophia King held a community meeting on December 11, announcing minor changes to the prior plan for the building, which was released in 2017. The University of Chicago will be a tenant in the building owned by Wexford Science and Technology, a developer based in Maryland.

“The mixed-use center will include laboratories for biosciences, chemistry, physical sciences, and computational work,” McSwiggan said.

The Hyde Park Herald reported that Angie Marks, associate vice president at the University’s Office of Commercial Real Estate Operations, said that the plan for the new structure is to expand the Polsky Center for Entrepreneurship and Innovation into the space. The new construction is also expected to create more job opportunities and attract research companies to Hyde Park.

The project is being portrayed as a step toward further engagement with the local community. The Herald reported that according to Alyssa Berman-Cutler, executive director of community development of UChicago’s Office of Civic Engagement, the University will hire locally.

McSwiggan said that around 600 construction jobs will be supported. Wexford has also set construction diversity goals to have 40 percent minority-owned and six percent women-owned contractors.

Wexford and the University also said that they will create a community fund to facilitate opportunities in STEM fields for local students. “The fund will support an internship program for high school students as well as outreach activities to introduce students to STEM fields,” McSwiggan wrote. “Wexford will provide initial seed funding, with additional support from the center’s tenants. The University of Chicago Office of Civic Engagement will manage the STEM program and partnerships.”

The University has also reserved office space for leasing at a 20 percent discount for Hyde Park community members who can benefit from the building’s research facilities.

According to Block Club Chicago, King noted in the community meeting that the second phase of Harper Court would also increase population density in the community, which is especially important given the consistent decline in population in Chicago.

The first phase of Harper Court, a mixed-use retail and office space, was completed in 2013 and fully leased in 2017. It is part of a multimillion-dollar redevelopment project extending down 53rd Street to Lake Park, co-funded by UChicago and the City of Chicago.

At the opening ceremony of Phase I, University President Robert Zimmer said that the three purposes of the development were to provide amenities to the Hyde Park community, to make the campus more attractive to students, and to boost the local economy.

Harper Court Phase I has had a mixed reputation among community members. The glass building on 53rd Street, along with the redevelopment project behind it, was the first initiative ever to bring amenities common in college areas, such as a hotel and a movie theater. Many businesses recruited by the University have decided to keep their commercial roots in Hyde Park due to the development.

Nevertheless, the construction of Harper Court has harmed several local businesses. Frontline Books on South Harper Avenue between 52nd and 53rd Streets experienced an 85 to 90 percent decrease in sales during the construction because a fence set up for the construction blocked the entrance to the store. Laurel Stratford, owner of the international gift and household accessories store What the Traveler Saw, was forced to shut down the business due to its underperformance after relocating to make way for Harper Court.