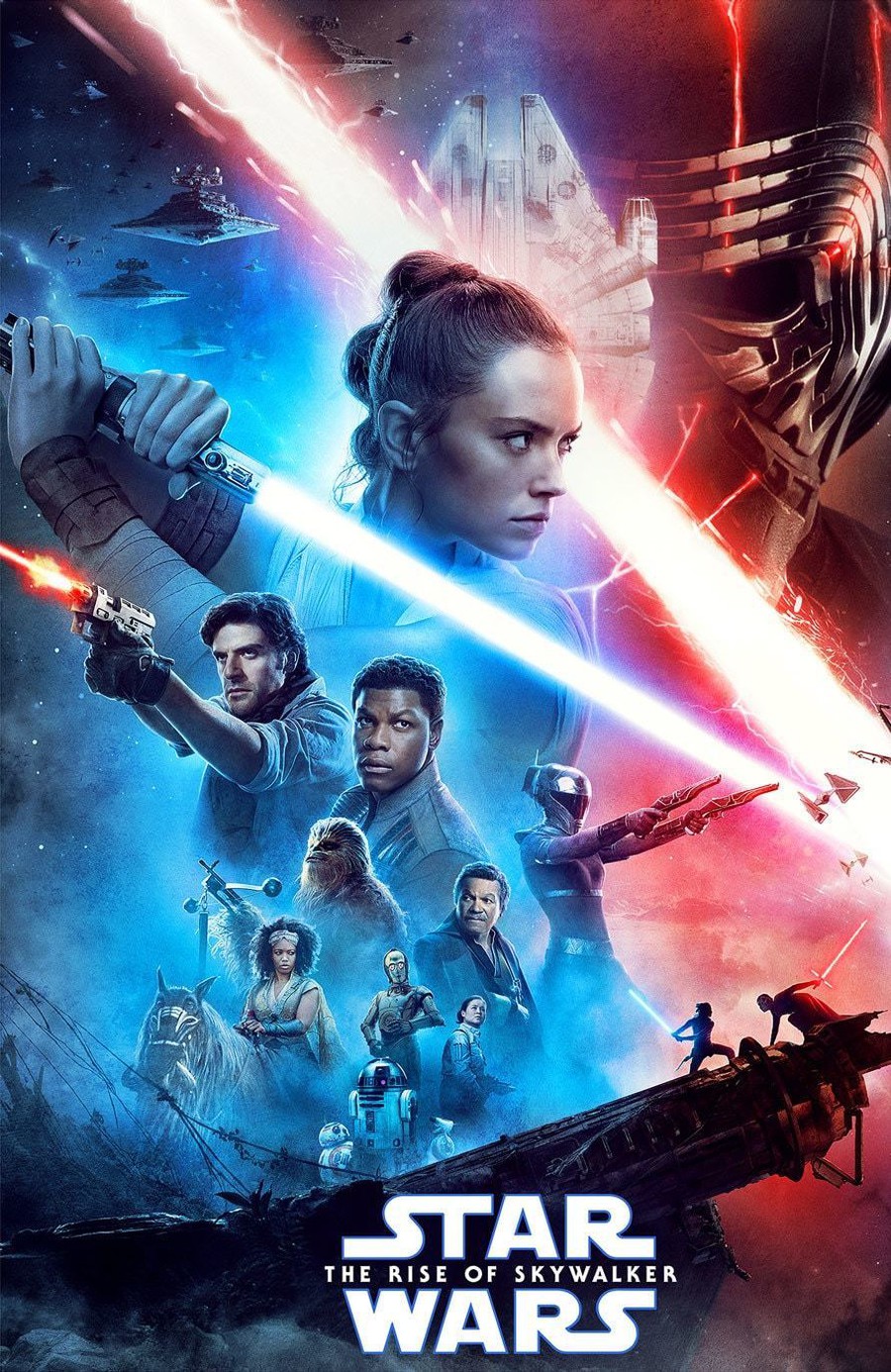 "The Rise of Skywalker" is a perfect case study for studio mismanagement of a beloved franchise.

Usually, I try to go easy on movies. I’ll be the first to admit that I’m very susceptible to the magic of the movies; I love suspending my disbelief, cynicism, and critical eye, and allowing myself to be swept up in the movie’s characters and universe. I also have no problem with huge blockbusters that cash in on the popularity of existing franchises to tell their own stories, because I believe that the success of franchises like Marvel have empowered major studios to take new risks with old properties that people enjoy. With all that said, one thought filled my mind while watching the latest Star Wars, and has haunted me ever since:

How did Disney fuck this up so, so badly?

With The Force Awakens, Disney created an entertaining reintroduction to the Star Wars universe. The plot was a little predictable and some of the characters were too loosely defined, but it had promise as the first in a trilogy that would build on the ideas it set up. Then The Last Jedi came out, and everything we thought we knew about Disney’s vision of Star Wars went out the window. They had given writer-director Rian Johnson an inordinate amount of control over the story’s direction—a fact that Johnson all but confirmed when we spoke last year. He said that making The Last Jedi had felt much more like making another indie film than a huge studio blockbuster.

For fans and critics of the movie, it was an exciting new direction for Star Wars, less focused on rehashing the same themes and ideas the franchise had been pursuing since the ’70s. Luke was fed up with the Jedi, Rey did not come from an illustrious lineage like every other protagonist in the so-called “Skywalker Saga,” and Snoke was a big loser after all. It set the stage for a bombastic finale that promised to redefine the way we see the franchise, and I walked out of the theater optimistic that Disney’s success with Marvel’s riskier properties had emboldened them to make Star Wars really interesting for the first time since The Empire Strikes Back. Oh, to be young and naive again.

As happens so often these days, the Internet swiftly proceeded to ruin everything. Star Wars diehards absolutely despised the direction that Johnson had taken the story. To them, Luke was a whiny hermit, the mystery of Rey’s parentage was unsatisfyingly and abruptly brought to an end by the revelation that her parents were “nobodies,” and Johnson eliminated the only big baddie the new trilogy had to offer by unceremoniously killing Snoke. Johnson’s gamble paid off with critics, but it was a complete disaster to those most dedicated to, and reactionary about, the series. What should have been a month’s worth of conversation around the film turned into a yearlong slog in which people online endlessly argued over the film. It could even be argued that fan sentiment directly hurt Solo’s box office performance, since it came out in the middle of the Last Jedi debate and drastically underperformed in the box office. On top of that, Colin Trevorrow was fired from directing Episode IX after his latest movie was panned by reviews, so the sequel trilogy had no one to bring it to the finish line.

Enter J. J. Abrams and Chris Terrio, whom Disney brought in to write the travesty that would become The Rise of Skywalker. Abrams, who had done a great job at directing (but not writing) a formulaic but enjoyable reintroduction to the franchise, would now write the conclusion to the sequel trilogy with the man who wrote such celebrated classics as Batman v. Superman and Justice League. In hindsight, this was an obvious case of course-correction by Disney, who clearly instructed the writers to replace the auteur-driven novelty of The Last Jedi with The Force Awaken’s money-making nostalgia.

And that is exactly what they did. It turns out, Luke was actually wrong to be cynical about the Jedi! And Rey isn’t a nobody who is strong in the force and wins by sheer force of will, but a direct descendant of Palpatine, who happens to be one of the only other named Star Wars characters whose history hadn’t yet been explored. And, of course, the new big baddie is Emperor Palpatine himself, because we couldn’t go more than one Star Wars movie without having a creepy white guy with a messed-up face try to convert the hero to the Dark Side™ in the climax. Rey being a Palpatine is an incomprehensibly stupid decision for obvious reasons, and Kylo Ren, once the most interesting character in the series, was reduced to a boring character that they clearly had no idea what to do with after The Last Jedi.

Besides insulting the work Rian Johnson did to make Star Wars interesting again, this sudden change in the direction the sequel trilogy went indicates a few things. For one, it has become extremely clear that Lucasfilm needs to learn from Marvel, their better-in-every-way younger brother in the mouse’s house, how to plan a story that will stretch through more than one movie. It is baffling to me that Marvel was able to pull off a satisfying conclusion to 21 films made by different directors with different creative visions, while Disney was not able to do the same with only three. Why even give Johnson so much control over the middle entry in a three-film story, only to undo his whole movie in the finale? Disney’s about-face also indicates to me that Lucasfilm has much to learn from Marvel with regards to courage in filmmaking. Where is the Disney who was willing to put hundreds of millions into a movie about a talking tree, raccoon, and green lady in space, and stick with it? Where is the Disney that allowed the Russo brothers to build upon the auteur vision of Taika Waititi’s Thor: Ragnarok and turn Thor into a fat, alcoholic, depressed slob in Avengers: Endgame?

If all it took for Disney to change course so dramatically was fan outrage at a critically acclaimed movie, they honestly should never have hired Rian Johnson. Maybe with more time and more movies, J. J. Abrams would have been able to make the trilogy that he wanted to make and it all would have worked a little better.

We will never know what would have happened if Lucasfilm had managed Star Wars correctly. As it stands, The Rise of Skywalker is a perfect case study for studio mismanagement of a beloved franchise. Either Lucasfilm and Disney never had a plan for how the sequel trilogy would play out, or they just lost faith in their plan somewhere along the way. Either way, their latest film is a creatively bankrupt mess. The directing is clean, as would be expected from the man who is essentially the peanut butter and jelly sandwich of directors, and the characters are appropriately quippy for a modern Disney film. John Williams knocked it out of the park as always with his score. But without a compelling narrative, or even a narrative that isn’t actively ridiculous, none of it holds up.

The saddest part of this whole sequel trilogy, and the discussions surrounding it, is that it has completely killed any goodwill I—and many others—had toward the franchise. Star Wars is a tiring and continuously disappointing relic of nostalgia at this point, and I think it needs a long break before I will be interested in a theatrical release again. The 2010s, then, started with Star Wars being bad coming off the prequels, and ended with Star Wars being bad again coming off the sequels. It’s like poetry; it rhymes.