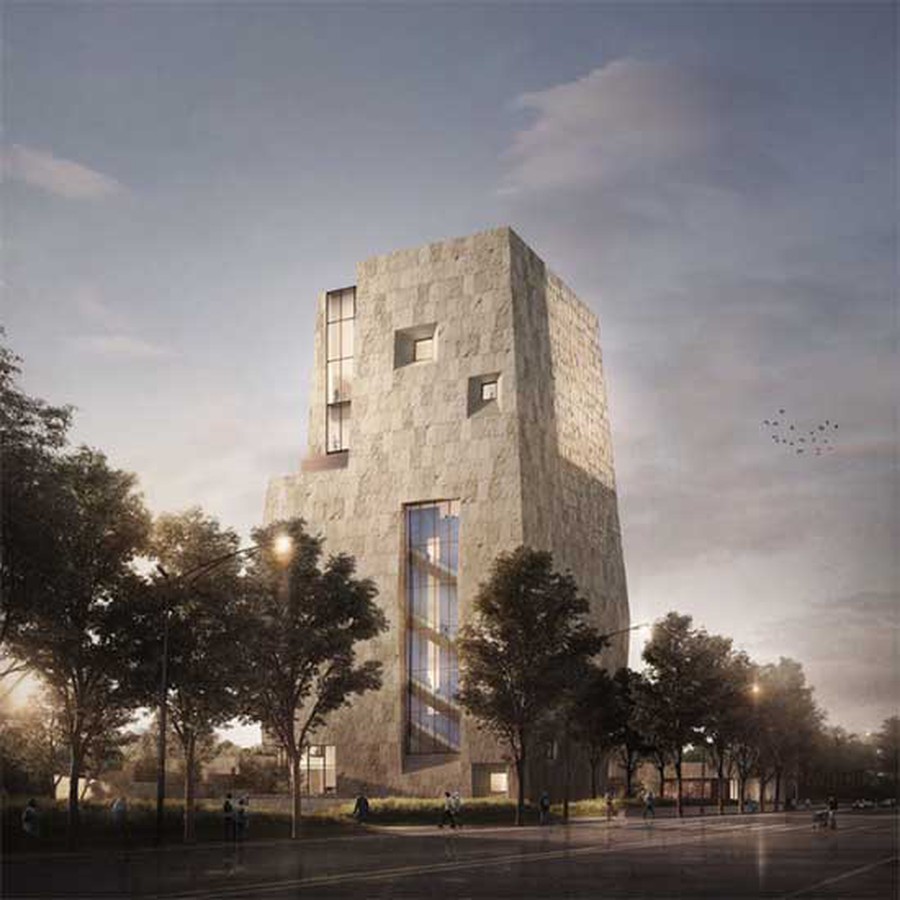 A digital rendering of the proposed plan for the Obama Presidential Center (OPC).

The City’s Assessment of Effects (AOE) report regarding the Obama Presidential Center (OPC) was criticized by some community voices and praised by others at a Section 106 webinar on January 23, reflecting the controversy surrounding the OPC.

Section 106 of the National Historic Preservation Act requires federal agencies to consider the effects of projects that accept federal funding on historic properties. The OPC’s construction will affect both Jackson Park and the Midway Plaisance, which are deemed historic properties and listed in the National Register of Historic Places (NRHP). The webinar provided an opportunity for consulting parties such as the Advisory Council on Historic Preservation, community activist groups, and other stakeholders to give feedback on the revised AOE report.

During the webinar, Jackson Park Watch cofounder Margaret Schmid objected to the report’s conclusion that despite “adverse effects” on the historic integrity of Jackson Park and the Midway, their statuses on the NRHP will not be threatened. Schmid noted that this was a tentative conclusion reached by the Illinois Department of Transportation (IDOT) Cultural Resources Unit, not a binding affirmation.

“That is not a determination that the IDOT Cultural Resources Center[sic] has [the authority] to make,” Schmid said.

Scott Craver, the editorial director of the Cultural Landscape Foundation, criticized the City for not making sufficient efforts to prevent adverse effects to the affected area’s historic integrity. Craver said that aside from the Obama Foundation’s decision not to build a parking garage on Midway, the City made no efforts to avoid adverse effects on Jackson Park and the Midway Plaisance in the OPC design.

Department of Planning and Development representative Eleanor Gorski responded to Craver’s criticism by citing modifications to the proposed OPC building, campus, and surrounding roadway design after the project’s initial proposal.

“The examples you gave show the opposite is true,” Craver said, mentioning that the height of the OPC building has been increased in the latest report, and that the proposed roadway modifications were declared to pose an adverse effect to the area.

“I can’t see evidence that the City has asked the Obama Foundation to do a single thing to avoid significant adverse effects, and I think the best evidence of that is the report the City just produced,” Craver said.

Mary Lu Seidel, director of community engagement at Preservation Chicago, reiterated Craver’s concern. “There is no avoidance [of adverse effects] in this AOE, and there was no avoidance in the last AOE.”

Seidel also inquired into the City’s involvement with the project. “Does it strike anyone, with all due respect to the City of Chicago, as a conflict of interest when this entire project has been approved by the City...yet they are serving as the lead organizer of this project?”

Matt Fuller, a representative from the Federal Highway Administration (FHWA), responded that the IDOT is involved because “all of the documentation has to be put together by them for our review and approval.” Fuller said that it is the responsibility of the FHWA to ensure that “all requirements are fulfilled...and to make sure the information is accurate.”

Several participants raised concerns regarding the location of the new recreational space on the eastern end of the Midway, which is mandated by the National Park Service’s Urban Park and Recreation Recovery (UPARR) program to compensate for recreational space lost in Jackson Park.

Save the Midway founding member Mike McNamee said that the City should use the UPARR funds to build recreational space in areas that are currently “underserved by public parks and playgrounds.” Several speakers echoed this suggestion during the webinar.

Other participants defended the City’s handling of the Section 106 process. Erin Adams, a UChicago biology professor and cofounder of South Side Neighbors for Hope, said that she was present at public input meetings about the recreation area replacement. “It’s disingenuous to say that there was no public input,” she wrote in a webinar comment.

Adams was one of several participants who expressed frustration towards OPC critics, saying that the project has garnered widespread community support. “We had almost 600 signatures on a letter of support for this process,” she said. “For all of the opponents that are trying to throw sand in the wheels of this project, there are easily hundreds of supporters that are getting frustrated at them.”

Other participants specifically praised the OPC during the webinar, calling it “wonderful,” “an inspiration,” and a development that would usher in “a new era of positive activity” in Jackson Park.

In an interview with The Maroon after the webinar, Brenda Nelms, cofounder of Jackson Park Watch, pushed back on the idea that the City has been responsive to public input. “The basic plans have been the same since May 2017. So I don’t accept that there’s been responsiveness and engagement.”

Following the Section 106 review, the OPC will undergo another federal review related to the FHWA’s involvement in the project, as well as an environmental review mandated by the National Environmental Policy Act. Environmental activist group Protect Our Parks is also pursuing a lawsuit against the City of Chicago and the Chicago Park District to block the construction of the OPC in Jackson Park.

A public recording of the webinar can be found here.