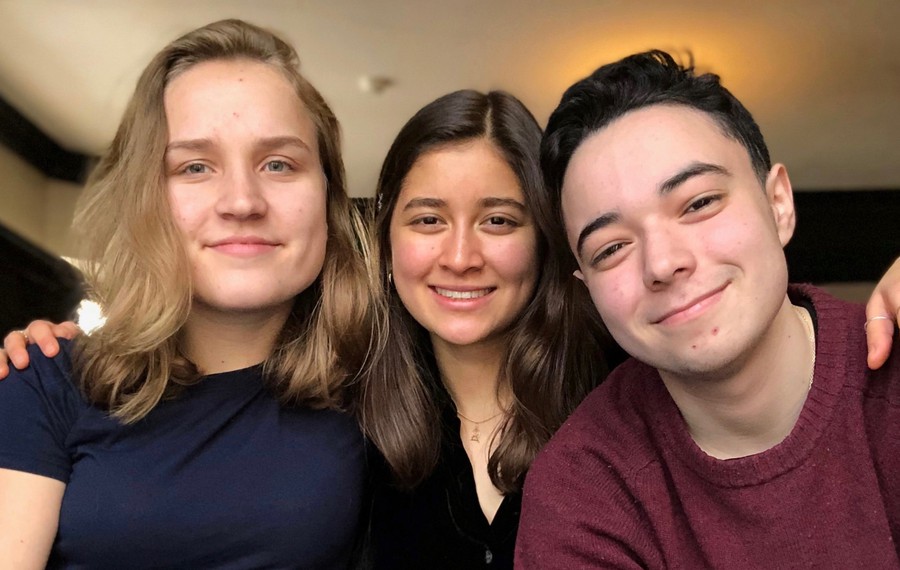 UnCounted will be “the University’s first queer performing arts showcase devoted to elevating queer student voices,” according to its Facebook event. Created by a group of three UChicago third-years, they decided to create and name the event UnCounted after finding out that the 2020 Federal Census will not include questions regarding gender identity and sexual orientation.

Third-years Erika Steiner, Beth Awano, and Max Grayzel-Ward came together to create UnCounted in an effort to address the “silencing effect” that not asking those questions has on the queer community. “This is a big hit to the community—to feel like the government doesn’t want to hear from a huge portion of the population about policies that matter to us,” Steiner said.

“There hasn’t been a cohesive queer space” on campus, Grayzel-Ward said. “This is sort of a way of building a community within the queer community.”

The group wanted to create a space that was unaffiliated with RSOs, and felt that gathering an audience at a showcase would be important to building a community through their art.

“I think it’s really powerful to see someone representing you up on stage even if you’re not the one participating in it,” Awano said, “in that way the audience really becomes a major part of it because they’re interacting with the art and then they become participants in their own ways.”

The group is framing the event as being the intersection between art and activism. “Historically if you think of social justice movements, there’s been such amazing art that has emerged from them and I think that’s because art is such a powerful way to send your message,” Grayzel-Ward said.

The trio began organizing UnCounted in October 2019. While Steiner and Awano have backgrounds in performing arts and Grayzel-Ward has experiences in activism and outreach, the group realized that they needed individuals with additional skills to put the event together. This resulted in the creation of a seven-person board that includes the three.

The group also applied for and received the University’s Student Creativity Grant, allowing them to cover the costs of organizing and begin working with the Logan Center to secure a space to hold the event.

“One of the things we wanted to make sure was true was that students wouldn’t have to pay to come see this,” Steiner said, mentioning that with the grant and the help from the Logan Center, the group’s event will require no additional fundraising.

Audition sign-ups can be found on the Facebook event and are being held on Monday and Tuesday at the Logan Center. Their purpose is to help the group gauge interest and plan the event’s themes. “In having a huge variety of artists performing, that also means you have people who are presenting very serious and emotional content and maybe people who are presenting a funnier or a lighter side of content,” Steiner said. “It is critical that the audience is not continually thrown by the emotions on stage.”

Ultimately, the group wants UnCounted to be “as expansive as possible to allow as many people as possible with a really wide array of talent to have an opportunity to show what they are doing,” Steiner said.

“[Even] if you’re just a queer person on stage, and your art has nothing to do with being queer, it’s like the very act of being queer is a form of resistance and being loud,” Grayzel-Ward said.