Ald. Taylor tells Woodlawn,“Me and the city are at odds” 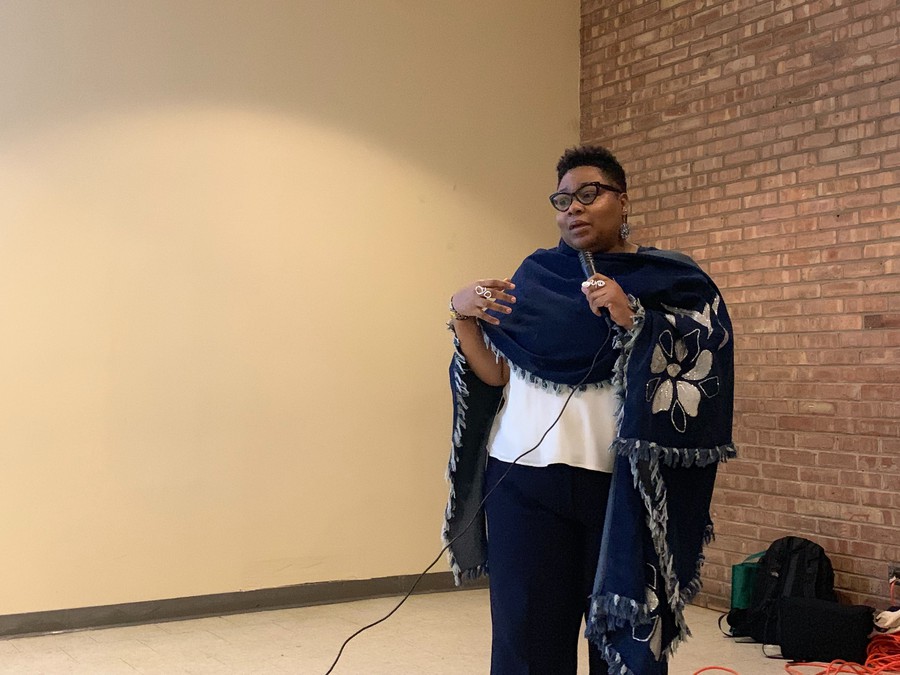 “Nothing is being built in this community without us,” 20th Ward Alderman Jeanette Taylor told her constituents at the public forum. Taylor and Coalition members urged residents to attend the upcoming open house meeting and share their feedback.

Taylor expressed frustration with City government’s halting progress on the original CBA ordinance that she and Fifth Ward Alderman Leslie Hairston introduced in July of last year. She is also dissatisfied with the city’s current proposal, telling the crowd at Harris Park, “Me and the city are at odds.”

Taylor told The Maroon that if the mayor’s proposal does not align with requests of her constituents, she will “organize to kill it.”

“My job was to organize the community, bring them to the table, bring different stakeholders together, and I did that; I held up my part. It’s up to the city to meet us halfway.”

During the community forum, CBA Coalition member Ebonee Green of Black Youth Project 100 presented the differences between the City’s proposals and the main tenets of the CBA ordinance. One of the main complaints was the City’s noncommitment to set aside a portion of new development for affordable housing.

Green emphasized the group’s focus on making sure all elements of their affordable housing plans are directly written in city legislation. “We need them to put things on paper,” Green said. “We know that when we don’t get the city to agree to something in writing that they make things up as they go.”

After the presentations, attendees split into groups to further discuss their priorities for community development in Woodlawn and the surrounding neighborhoods. Lauren Mulligan, a second-year graduate student in the School of Social Administration at UChicago and member of UChicago Against Displacement, said this was meant to ensure informed community participation at the Thursday open house.

“Our intention in both having the forum and then in having the breakout groups is to be able to really answer questions and build relationships one on one, so that there is a greater sense of understanding of what it is we’re asking for,” Mulligan said.

The Woodlawn Community Open House will be held at Hyde Park Academy from 5 to 8 p.m. It is hosted by Mayor Lori Lightfoot’s office with officials from the Department of Housing and Department of Planning and Development. The open house is part of an effort to collect opinions from Woodlawn residents about the Mayor’s Office’s proposed development plans in the neighborhood ahead of the construction of the Obama Presidential Center (OPC).

Plans to build the OPC in Jackson Park have been met with significant pushback from community members concerned about the its potential to raise property values in the area and push current residents from their homes.

Taylor will not be present for the city’s meeting in Woodlawn; she will instead be at her regularly scheduled constituent night. However, she expressed confidence that residents will be honest when discussing the City’s proposals with officials from the Mayor’s Office.

“My community can speak for itself,” Taylor said.