When a Blow-Off Becomes Beneficial: An Ode to Calc 131

Core classes we typically dread may prove to be quite illuminating. 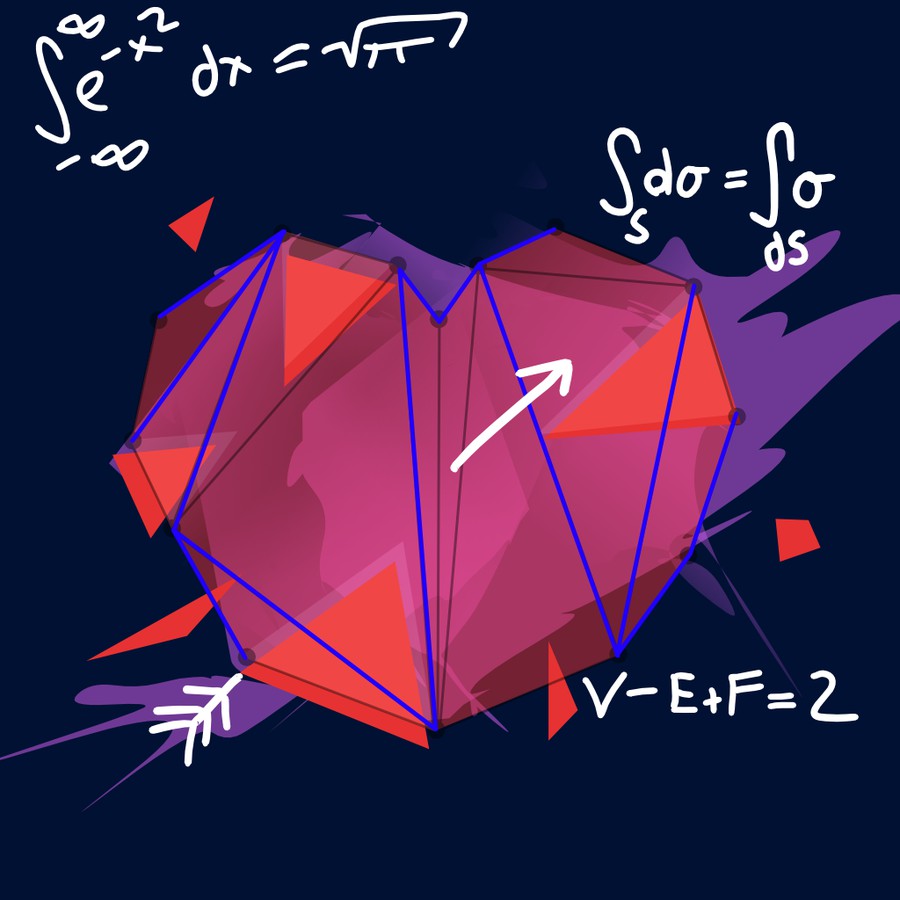 People can tell from the way I look: patterned shirts, excessive hand gestures, a freakish affinity for the musical stylings of Lana Del Rey. It’s clear. I’m in Calc 131. Of course, there is no Calc 131 type. We come in all different shapes and sizes of mathematical frustration and parental disappointment. Remember, never assume someone is in Calc 131 simply because they seem like they might be in Calc 131. It’s of bad taste. Jokes aside, though, I surprisingly love the class. Not necessarily because I’m loving limits, but because I’m learning something essential about learning, especially in college: We have to do what we’re bad at. Not necessarily because we need to be well rounded, though that’s important too, but because we’re young; we begin college without a fully formed sense of what we’re meant to pursue.

My Calc 131 class this quarter is unique. It’s the first class in the sequence, which usually begins in the fall. So, it’s small: 12 students, two TAs, and our ridiculously kind professor. It is, also, a notably queer space. This is to say that the ratio of out-gays to ostensibly heterosexual people is markedly higher than the average class (there are at least three of us!). This gayness is important because, so far, this math class has led me to frequently contemplate issues of identity, environment, and history. What with having years of experience figuring out and articulating our own identities, we three gays are well versed in this sort of reflection. I, however, had never thought to apply it to something as unsexy as math. My professor did.

Our first major assignment was to write a two-page paper discussing our personal relationship with math. Big sigh. I blocked out an hour, intending to crank out something readable enough to get an A, but shallow enough that I could get it done in an hour. I live, after all, the life of the mind. I began putting words to my history with math. It started off sounding like a medical history: I took this class that year, that test this year, etc. But then I was consumed by it. Like, really into it. Two pages turned into three, and what was once just a homework assignment inspired a mild existential crisis. What if I love math? What if I’m meant to study math?

This confrontation with my relationship with math revealed that there is no valid justification for me to be so combative with numbers. Likely, the reason I’m not a math person is because, one random day in second grade, I decided I wasn’t. And that was that. Yet in this Calc 131 class, reflective and honest gays abundant, I find myself loving math— we, the assumed-to-be English majors, are relating to the material, I think, in a way most of us never have. Our professor elects not to teach us through instruction in the traditional sense of the word; rather, she meets us where we are. She asks that we explore and interact with concepts, coming to conclusions on our own. I didn’t realize math could be like that, that math could be something I enjoy.

Most people on campus have stories at least halfway similar to mine. We have this toxic tendency to identify ourselves as non–STEM, as non-humanities, as inherently not something that we perceived ourselves to be inept at several years ago. Yet these identities we cling to are far too often the result of unfortunate experiences rather than consequences of a lack of aptitude. In fact, there is no such thing as a non-math person, which I thought I was. Although genetics plays a role in determining one’s mathematical ability, how we perceive our intelligence is far more impactful when it comes to performance in a class. Consequently, one bad experience at a young age can determine our lifelong relationship with a subject. It’s cyclic, really: We do poorly on a test (for whatever reason: lack of preparation, tiredness, etc.); we then see others that did well on that same test (for whatever reason); we consequently label ourselves as being bad at the subject and find it futile to improve in an area we deem ourselves unfit for. Thus, we continue to underperform.

The stakes of this negative feedback loop are amplified in college. Here, we decide what we will be focusing on for much of our adult lives. If we decide poorly, if we choose something we don’t love, it’s hard to go back. Therefore, as undergraduates, it’s imperative that we do our best to make the most well-informed, reflective choices we can make in our years here. Yet we are weighed down by our histories, the negative perceptions of our aptitudes based on middle and high school. And while UChicago prides itself on encouraging its students to explore different subjects through the Core, many of us come in already decided on a major or field of interest. Or worse, hell-bent against one. That’s one reason 36 percent of Americans wish they had chosen a different major.

Luckily, we do have room to explore. The Core allows— no, requires— us to dip our toes into various subjects. But this attempt at creating well-rounded students doesn’t fully confront our biases. I could pass Calc 131, and happily continue on my non–STEM path, all without having truly determined if the field of study is worth further pursuit. That’s why we have to go for the jugular. We have to dive into our worst fears. Don’t just take the dreaded Core class; own it. We’re young, and we make uninformed decisions. But what we hate and what we’re bad at are not written in stone.

Calc 131 used to be a box that needed checking. Now, it’s a trial run. I’m breaking down my deep-seated hatred of math and coming at it with an open mind. I likely won’t end up a rocket scientist, or even a scientist, but hopefully, I’ll be that much closer to knowing what I’m meant to do.

Gage Gramlick is a first-year in the College.