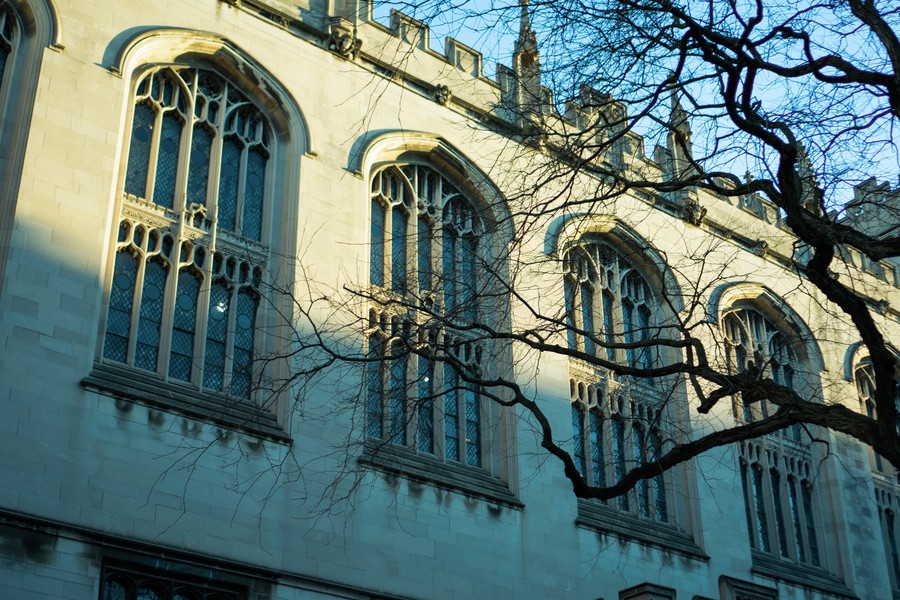 By Alexis Florence   and Avi Waldman

On August 6, a coalition of faculty affiliated with the Center for the Study of Race, Politics, and Culture (CSRPC) published a letter declaring the beginning of a diversity strike in protest of what they say are the University’s failures to meaningfully address systemic racism on campus.

In the letter, the authors say the University “[reproduces] racist structures and social systems.” It lists the failure to hire a permanent Faculty Director for the CSRPC, a budget cut of over $50,000 for the coming year, and the University’s continued support of the University of Chicago Police Department, as key issues that motivated its set of demands and convinced the letter’s drafters of the urgent need to hold the University accountable for its role in perpetuating racial injustice.

Faculty demands include hiring independence and an annual budget of at least $2 million for the Center; the creation of a Department of Critical Race Studies and a Diversity, Equity, and Inclusion Advisory Council made up of faculty, staff, and students; the eventual defunding of UCPD; and the establishment of a reparations committee. Until their listed demands are met, all faculty signing onto the letter will participate in a diversity strike wherein they will refuse to participate in University-led diversity and inclusion initiatives or allow the University to capitalize on their work for publicity.

In the month since CSRPC faculty released their open letter announcing the beginning of their diversity strike, representatives of the group have met with the Provost twice but have not received any concessions to their demands.

In a statement sent to The Maroon on August 5, University spokesperson Gerald McSwiggan promised that the Provost’s office would engage seriously with the letter’s demands.

“The faculty letter reflects a great deal of thought and dialogue, and will require serious engagement by the Office of the Provost and faculty throughout the University,” McSwiggan said. “The University is committed to further collaboration and action to achieve common goals, including ensuring that the Center for the Study of Race, Politics and Culture, and related efforts of University faculty, have the support needed to ‘become an even more vital part of the University of Chicago community.’”

History Professor Adam Green told The Maroon in a statement that August’s #MoreThanDiversity letter was written after years of private meetings with administration, committee reports, and campus surveys failed to produce any concrete efforts to address the University’s relationship to systemic racism. Spurred by the nationwide protests against police violence and their own experiences, faculty of color and their allies decided a more public stand was necessary.

“By saying that we are withholding our effort from University operations related to diversity and inclusion, we are spotlighting our charge that the University’s own policies are proven to be incapable of meeting its stated aims--certainly its most recent resolution to oppose racism in all its forms,” Green wrote.

“We are challenging University of Chicago’s diversity and inclusion policy because we believe that is necessary in order to realize the more reliable condition of racial equity and justice.”

Several of the campaign’s demands, primarily defunding UCPD and determining reparations for South Side communities harmed by University policies, call on the University to work with groups such as the student-led #CareNotCops and grassroots community organizations in Hyde Park and beyond. Others, such as the demand for a Department of Critical Race Studies and greater budget allocations for the CSRPC, echo those made by student organizing groups such as UChicago United, one of the parent organizations of #CareNotCops, and their #EthnicStudiesNow campaign. Students working on those campaigns say that #MoreThanDiversity marks a shift within the faculty toward a bolder organizing strategy.

Third-year organizer Victoria Bonilla, who has worked on #EthnicStudiesNow since her first year, said that in the past it had been difficult to get CSRPC faculty to agree to publicly support their demands for an ethnic studies department.

“We’re definitely grateful that our faculty allies have finally reached a point where they feel comfortable publicly releasing this and somewhat supporting our demands,” Bonilla said. “But we still feel as if they have yet to completely sign on to what we’ve been saying this whole time.”

Now that faculty have established open lines of communication with student organizers, Bonilla said she hoped that faculty support would extend beyond the demands laid out in the #MoreThanDiversity letter. Third-year #CareNotCops organizer Roma Linares added that while they were encouraged by the letter’s explicit support for defunding UCPD, they wanted to see faculty continue to organize in support of other goals put forward by students: for example, softening the disciplinary consequences threatened against students who engage in protests.

“I would like to see a continued relationship with the faculty past the point that they get what they’ve been asking for and what really affects them and their spheres,” Linares said. “What we’ve been wanting this whole time is their support because faculty have more power than students with the university and more sway, so I think we would just like them to take a bit more of a risk for us.”