Academic Credit for Transfer Students Delayed for Months, Resulting in Uncertainty About Pre-Registration and Graduation Requirements 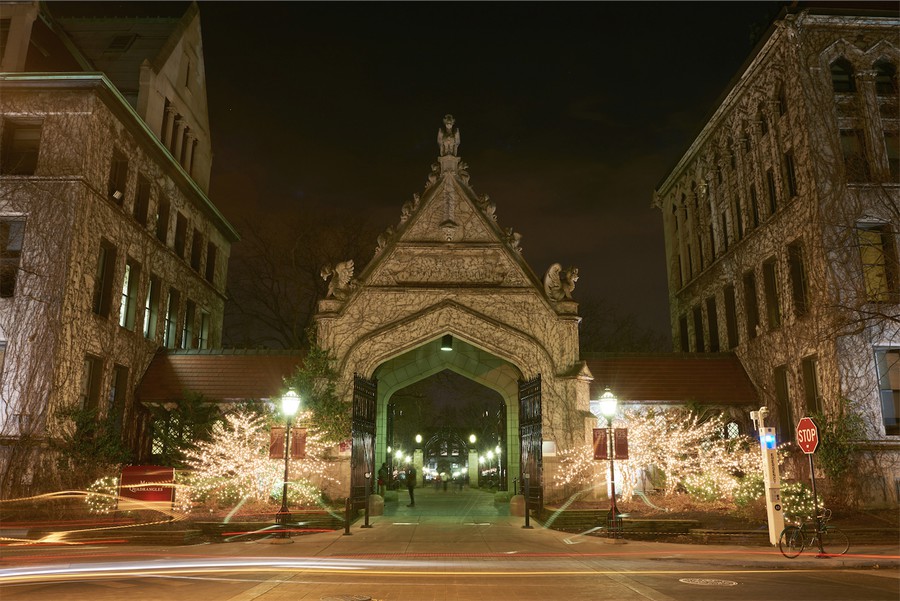 Hull Gate on a clear night.

2020’s cohort of transfer students has experienced disorganization and months-long delays in transferring class credits to UChicago, resulting in students being asked to pre-register with little certainty and with fears of delayed graduation. Met with a lack of assistance or sympathy, some transfers began to feel like the credit delays were indicative of larger patterns of oversight within UChicago’s transfer system.

An unusually large class of transfer students underlies the transfer credit issues. This year’s transfer class included approximately 75 students, compared to a typical cohort of less than 20 students. With more courses to evaluate, many departments have been slow to complete credit evaluations, with some students even receiving incomplete or missing evaluations.

The College releases transfer admissions decisions in early May, then gives accepted students until June to respond. Transfers must promptly submit a list of the courses taken at their previous schools, including all syllabi, so that the University can review the courses for accreditation. Typically, transfer students accept an admissions offer without knowing how many of their credits will transfer over. However, transfer credit evaluations are usually sent before pre-registration so that they can plan their first quarter of classes at UChicago and craft a graduation plan.

Last year, transfer students received evaluations between late July and August. This year, the bulk of course evaluations were released in September, leaving some students without any confirmed credits when pre-registration opened.

In an email to The Maroon, University spokesperson Gerald McSwiggan commented on the delays. “The College has worked with departments and the Collegiate divisions to complete the sometimes complex evaluation of transfer credit. Students who experienced a delay should contact their academic adviser with any questions,” McSwiggan said.

“Every time I’d meet with my advisor there wasn't really much to do or much to talk about,” Deokar said. “Every single question I asked was always met with ‘We need to get your transfer credit evaluation back before it's decided, so I can't tell you anything.’”

The College requires all transfer students to pre-register for a core humanities course (Hum), typically before their credit evaluations are completed, so that in cases when they need to complete Hum, they will have a spot. However, Deokar ended up receiving credit for Hum from a previous philosophy class she had taken. She then had to drop that class and add a new one after pre-registration had closed, a more difficult ordeal than she expected. Her advisor encouraged her to take core social sciences (Sosc) instead, but at that point very few Sosc classes were available. The two Sosc courses Deokar was interested in taking were full.

“Part of the reason I'm here is that I'm pretty excited for the Core, especially Sosc,” Deokar said. “I wanted the flexibility and ability to choose which one I was going to take.” Deokar told The Maroon that her academic advisor told her that she was “too picky.”

“I made a four-year plan on my own and I've tried to figure out what to put where. I just feel, in general, that my academic advisor is not very helpful when it comes to what I should take when and making sure I don’t miss anything,” Deokar said.

Deokar had hoped to double major in art history and economics but now doubts whether she will be able to complete that course load by her intended graduation date. “I already have such limited time. I don't want to accidentally take a course I don’t need,” she said. “I need to make sure everything that I take is perfectly on time, and I feel like it's been a little bit too disorganized for me to feel secure in that.”

Hannah Maeder, a third-year transfer from Switzerland, had similar concerns since the delay in her credits and worried about her ability to graduate at the time she had planned.

“It was quite stressful because I couldn't really plan what I was supposed to take this quarter and next quarter to map out somehow if it all adds up, if I could graduate in two years,” Maeder said. “That was a problem that most of us had.”

Haoran Zhu, a second-year direct enrollment student, had the same concern. “I’m still waiting on a few courses but so far I’m on the edge of whether I need an extra quarter to graduate,” Zhu said.

Finding they had similar experiences, Zhu and Maeder conducted an informal inquiry into the extent of transfer credit delays. Of the roughly 30 students that responded, nearly all reported experiencing credit delays.

“For me, I don't care how many transfer students there are. If you accept a certain amount, you have to be able to provide evaluations on time,” Maeder said.

Without specific guidance from the College on when to expect completed evaluations or any leverage over the departments processing them, the two decided to seek the attention of Dean Ellison. Maeder and Zhu co-authored a petition, which received 27 signatures of support from other transfer students. They sent an email to Dean Ellison outlining the delayed timeline and requesting expediency in the evaluation process.

According to Zhu, the Dean “was really supportive and talked to the departments, including math and econ (two departments with the longest delays), and within two weeks they finally got back to us,” he said.

However, once Zhu did receive his course evaluations, he found that they were disappointingly cursory, even rushed. “When the math department got their evaluations done it was very brief. They just wrote, ‘This course counts as math elective,’ or something like that,” Zhu said. “They weren’t very specific about which courses those were equivalent to at UChicago.”

“Actually, one of the courses I submitted was overlooked. I feel like, at least for some departments [but] not all, it was done very quickly and briefly without thorough evaluation. I think that’s pointing to a disorganization issue,” Zhu said.

Deokar did not sign the petition, as she had already received all her course evaluations. However, she recognized the same patterns of disorganization Zhu described. One of the greatest complications came from the coding of transfer students as first-years in the College’s online system. This measure is meant to give transfer students priority when registering for Hum and Sosc, but, according to transfer students, it also causes confusion and complications.

“They don’t have a separate coding for transfer students in their online process so I’m technically coded as a first-year. I’m living in the dorms right now [and] even my door says first-year on it,” Deokar said. “Technically, given the credit evaluation I received, they gave me three years to graduate, not four. So even though I’m coded as a first year I only have three years to graduate.”

Even without delays, “There are a lot of rules or barriers that make it difficult for your courses to fulfill towards your graduation requirement,” Zhu said. Maeder felt the same. “There's all these rules like you have to have a comparable course at UChicago so that it will transfer,” she said.

“There’s a lot of room for interpretation there, how specifically it has to match, does the level have to be the same, does all the content have to be the same. So, it's really hard for us in advance to evaluate how it will transfer,” Mader said.

“I think it's just a lot of disorganization because I think UChicago doesn't generally have that many transfer students,” Deokar said. “I feel like there's not that much of a set path for transfer students so the few they do accept they just throw them into the pile and say ‘Make it work.’”