As Classes Resume, Students Around the World Adapt 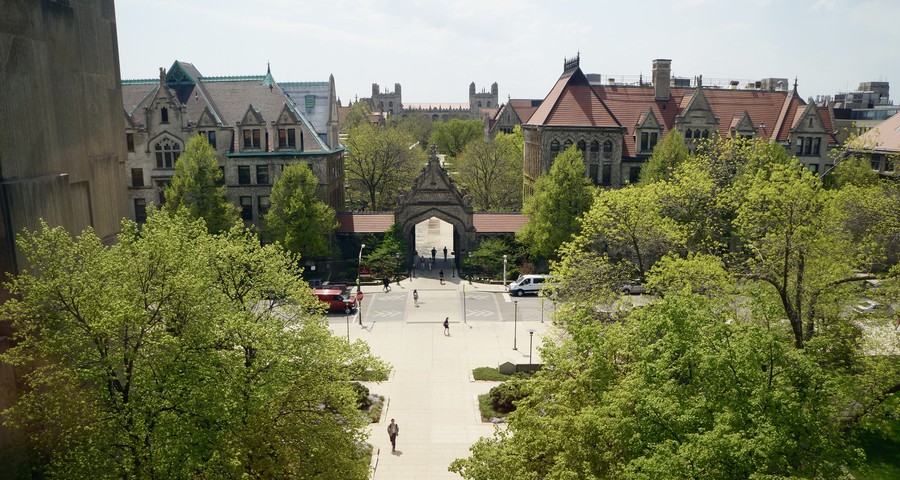 This fall, as thousands of students, faculty, and members of the University returned to Chicago for the beginning of the year, some have chosen to stay home and conduct the quarter completely remotely. Students cited safety concerns, uncertainties about the quarter, and financial considerations as their motives for not returning to Hyde Park.

Second-year Rohan Kapoor is studying from his home in India due to the fact that COVID-19 “cases in America were genuinely high…and cases in India were a lot lower than cases in America” at the time of the decision.

Second-year Enar Kornelius Leferink is at home in Iceland and also cited Iceland’s lower COVID-19 case count as an incentive for staying home. Unfortunately, when he made the decision, cases were lower in Iceland “at least at that moment. Right now, it’s quite bad—that’s the problem.”

Despite the distance, students are adapting to the remote quarter in creative ways. First-year cross-country team members Lydia Lo and Evelyn Battleson-Gunkel are living in Utah with several other first-year recruits from around the country. Running at altitude is challenging, Lo noted, but they are hoping the hard work will pay off when they return to oxygen-rich Illinois for track season. Two girls are from New Jersey, one from Texas, one from California, one from New York, and one from Michigan, and they all met for the first time in the house they rented for the quarter.

Students are relying on their own efforts to provide the best semblance of a college cohort for virtual students. According to first-year Grace, who is studying in Rhode Island this quarter, the first-year remote and off-campus cohort have created their own community, affectionately dubbed The Zoomers: “We call ourselves the Zoomers because we’re Gen Z, but like we’re also on Zoom.”

First-year organizers set up a virtual roommate system that simulated housing assignments on campus in order to help students meet friends. Interested students filled out a Google survey and were assigned “doubles” or “apartments” and were matched with “suitemates” or “apartment mates” respectively, based on their preference.

According to third-year Julia Liu, studying from home in Shanghai, “a lot of UChicago students in Shanghai booked Zoom centers so students can study with others. They booked hotels so people can basically live together like they would live in dorms.”

Some remote students expressed a desire for the University to do more to socially and academically support students who are abroad. “The University just sends out a thousand emails a day saying, ‘in these trying times,’ ‘The Reg is 50 years,’ ‘keep on studying and doing academic scholarships’” Leferink said. “Stop sending so many emails!” Instead, Leferink suggested better communication to inform students of resources. He also noted that some services are not available at convenient times for students abroad: “I can’t call the Academic Advising Office at 5 a.m.”

Fourth-year Kristen Lam, studying from Hong Kong this quarter, suggested that the University could organize more efforts to connect students to each other via the international centers, “so we still have the UChicago community somehow. There are second-years or first-years here in Hong Kong that I just don’t know because I haven’t met them yet. I think especially in Hong Kong where there are more UChicago students we could have a little, socially distant, gathering.”

Liu said that details regarding winter quarter would be helpful, but she also recognized that “it’s hard for the University to make that decision now.” Returning to Hyde Park will be especially difficult for some international students. Liu explains, “A lot of people go to Cambodia for 14 days before they can enter the US because China still has a ban on the US. My friends who want to go to campus for Winter Quarter have to leave right after Thanksgiving.”

It’s not all struggles though. “Honestly I wouldn’t trade anything I had right now. Maybe in the future I will go, but right now I like staying here,” Liu said.

Grace is pretty happy with her setup as well. Most of her current routine involves “being with family, which is really nice.”

Barring the usual WiFi troubles, loneliness, and waking up at 4:30 a.m. for labs, students identified some positive side effects for remote classes. Kapoor said that he enjoys “being able to watch lectures on 2x speed. I’ve been able to learn faster and put in a less amount of effort to get the same results.” Other students praised the increased flexibility remote classes offered as well. Lam enjoys the fact that “I can skip through some things, like the intro part and not stick around for the tech difficulties.” And for her 3-hour lectures, she admitted, “Sometimes I take a nap and come back to finish my lecture.”

Mathematics professor Daniil Rudenko was optimistic about the long-term impact of remote learning. “The system we have in UChicago is generally trying to help students out, so in terms of organization, processes are done for them. But online courses take that away and give students space and the necessity to learn on their own, which might give them a stronger skill set to learn more independently.” He said, “It's going to be more difficult but for those whom it works, it may be a great experience. Though it’s psychologically more challenging at first, it eventually becomes more beneficial.”

But even with some bright points, all the students miss interacting with their fellow students on campus. First-year Anjali Pullabhotla, studying from home in Kansas, said, “I’ve been with 3 people for the past 7 months now and it would be nice to have a change of environment.”

Beyond just wanting a break from being in an environment that’s gone stale, students are feeling the emptiness from the lack of fellow UChicago students to commiserate with. With most of their friends and classmates on campus, in a different city, state, or even continent, students not in Chicago are left to congregate with whatever friends currently share the same hours of sunlight.

Even then, socializing virtually can prove difficult. Kapoor said, “I did grow closer to my two or three Indian friends because we were in the same time zone, but then they left too.”

Pullabhotla also commented, “It is harder to talk to that person and keep a connection going with them because you can’t just knock on someone’s door and be like ‘Hey! Wanna study together?’ You have to plan a Zoom, you have to plan a meeting, versus someone who just lives right next to you or something.”

Lam misses small interactions between friends on campus like bumping into someone and catching up for a few minutes. “I definitely underestimated the power of them,” she said. “You can’t just randomly bump into someone online. Being online, you miss out on the serendipitous everyday ‘Oh, hi!’ and accidental joys.”

Despite the difficulties, students have accepted the reality of their situation this quarter. “It is what it is. It’s not like I’m going to drop out or anything because I’m stuck at home,” Pullabhotla notes. Leferink offers a thankful perspective: “We are some of the luckiest people in the world here being able to do an education like this. And that’s important to keep in mind.”