With Fresh Faces and Protective Protocols, Men’s and Women’s Soccer Kick Off Their Fall Season 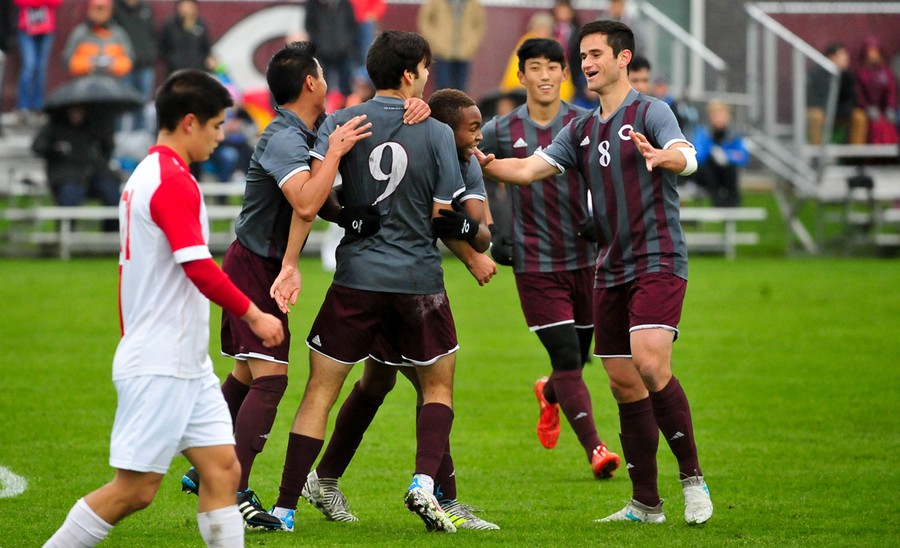 The men's soccer team celebrates the first goal of the game.

With Fresh Faces and Protective Protocols, Men’s and Women’s Soccer Kick Off Their Fall Season

The UChicago men’s and women’s soccer teams kicked off their fall season this week as players officially started training together in group settings for the first time in months.

Both programs are coming off incredible seasons in which the men’s team secured their fourth consecutive UAA title and the women’s team reached the Sweet 16 of the NCAA Division III tournament. With these significant achievements, the groups come back determined to make the most of the current opportunity to prepare for next year’s competition. In particular, Ben Brandt, a fourth-year captain on the men’s team, sees this time as “one long preseason for next year. We’re getting ready to come out and show everyone what we can do come 2021.”

Though both teams were stripped of their spring season due to the COVID-19 pandemic, players continued to connect with each other virtually to maintain their group camaraderie throughout the spring and summer. Despite the physical distance, coaches took advantage of this time to send players a variety of workouts to complete on their own, including everything from strength sessions to technical work. With this strong emphasis on individual development, players were able to make detailed training regimens to sharpen their strengths and address their weaknesses in preparation for the fall season.

Throughout the summer, the University’s athletics department played a key role in bringing student-athletes back to campus safely. Initially, players were scheduled to return on September 2 to begin their pre-season. However, due to rising cases and positivity rates around the country, the start date for fall sports was pushed back until autumn quarter. Despite this delay in returning to campus, both teams are grateful for the opportunity to simply have a fall season. Anna Kenig-Ziesler, a third-year on the women’s team, notes that this fall is “huge for our team, especially for our seniors, to have the opportunity to practice together. Even if we’re not competing for anything, we’re all competitive enough to still create an environment that we can get something out of.”

Kenig-Ziesler says that this competitive environment will also be instrumental to integrating the incoming first-years onto the team. “Our main goal is to create and nurture our team culture, with a big focus on incorporating the first years and emphasizing relationship-building between everyone,” she says. Brandt has set a similar expectation for the men’s team, in which he hopes that the group can build a competitive culture that elevates the team to “Be better than we were last season. That’s important to do every year—having that growth mindset and just being competitive.”

Through a progressive return to play model which slowly integrates small groups into the larger group setting, both teams will practice five times a week until early November. To simulate a regular season, each team will also play competitive intrasquad games on the weekends. Ultimately, as both groups start back up, they do so in a heavily monitored environment with heightened health and safety precautions. Even with these new protocols, Brandt is very optimistic about the current season. “It’ll be a good opportunity to get better as a team, to get closer as a team, and frankly, to feel like life is a little more normal.”

Giuseppe Di Cera is a men's soccer player at UChicago