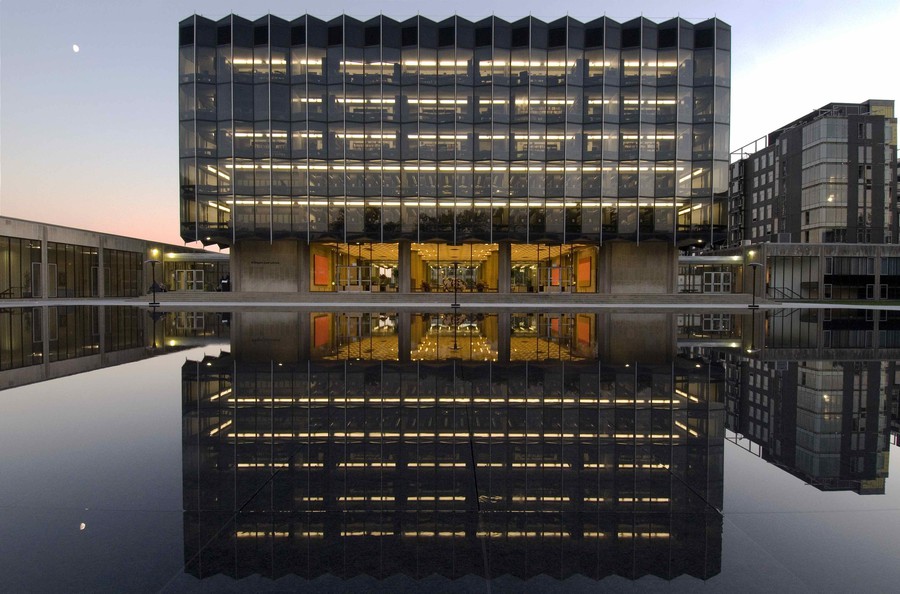 On the day after the 2020 general election, four faculty members at the law school held a virtual panel to discuss the results of the election, the possibility of a Biden presidency, and the implications of the polarized electorate in the U.S. At the time of the event, several swing states had not been called, and elections officials were still counting votes in many states. On Saturday, numerous media outlets projected that Biden would win Pennsylvania and Nevada, putting him over the 270-vote threshold in the Electoral College and making him the presumptive president-elect.

During the panel, Professor Daniel Hemel thought Biden had a strong chance of winning the election. “I feel pretty good today about American democracy,” he said. “I was worried that we would end up down to the wire in Pennsylvania and this would be thrown to the Supreme Court, but that’s looking increasingly unlikely.”

On Friday, the day before Pennsylvania was called for Biden, the Republican Party of Pennsylvania asked the U.S. Supreme Court to order the state’s county election officials to separate late mail-in ballots received after Election Day. Justice Samuel A. Alito Jr. temporarily granted the GOP request but did not ask the state to stop counting. A federal district judge also dismissed the Trump campaign’s request to stop ballot-counting in Pennsylvania. So far, the Trump campaign has lost legal challenges against processing ballots in Pennsylvania, Nevada, Georgia, Michigan, and Arizona, all states where Biden won by a close margin.

Hemel added that he believed a Biden administration would be able to implement substantial policy changes even without control of the Senate. Gerald Ratner Distinguished Service Professor of Law David Strauss disagreed, arguing that Biden’s major policy goals would remain unfulfilled until Democrats have control of the Senate.

Assistant Professor of Law Genevieve Lakier mentioned how voter turnout reached unprecedented levels in this election, partially because of the increased flexibility in voting options.

Aziz Huq, the Frank and Bernice J. Greenberg Professor of Law at the Law School, agreed that the pandemic led voters to rely on other methods of casting ballots, such as early voting and mail-in absentee ballots.

“Notwithstanding the pandemic and the threats of violence on the behalf of far-right groups, this was an election in which we had an unprecedented number of votes cast through modalities that people are unfamiliar with,” he said.

Despite being optimistic about the election’s outcome, Huq remained pessimistic about the present state of American politics, citing his belief that the Republican Party has failed to commit to democracy.

“Donald Trump was the only Republican candidate who didn’t announce a commitment to the project of American democracy as a growing concern,” he said. “Nothing that has happened in the last four years has changed my view on that… and four years later, the Republican Party has moved considerably towards Trump’s attitudes towards democracy.”

Strauss said that many Democrats reassured each other after the outcome of the presidential election in 2016 by claiming that the system of checks and balances will limit the damage President Trump can do. He argued that the past four years have shown that such hopes were misplaced.

“Here we are, four years later, and we know that all of those explanations were wrong,” Strauss said. “He did not become presidential... It’s so obvious that they mishandled [the pandemic], that they can’t even keep themselves healthy, yet approval ratings throughout the presidency have barely budged.”

Strauss was unnerved by the number of voters who voted for Trump despite his administration’s record. “What exactly is going on with this bloc of our fellow citizens?” he said. “Even given a Biden victory, this tells us something about our fellow citizens that I, to tell you the truth, don’t even know how to process.”