Professors Laura Born and Lindsey Lyman, as well as MBA candidate Nick Jaroszewicz, share their thoughts on Booth’s temporary switch to remote learning and the reasons behind it. 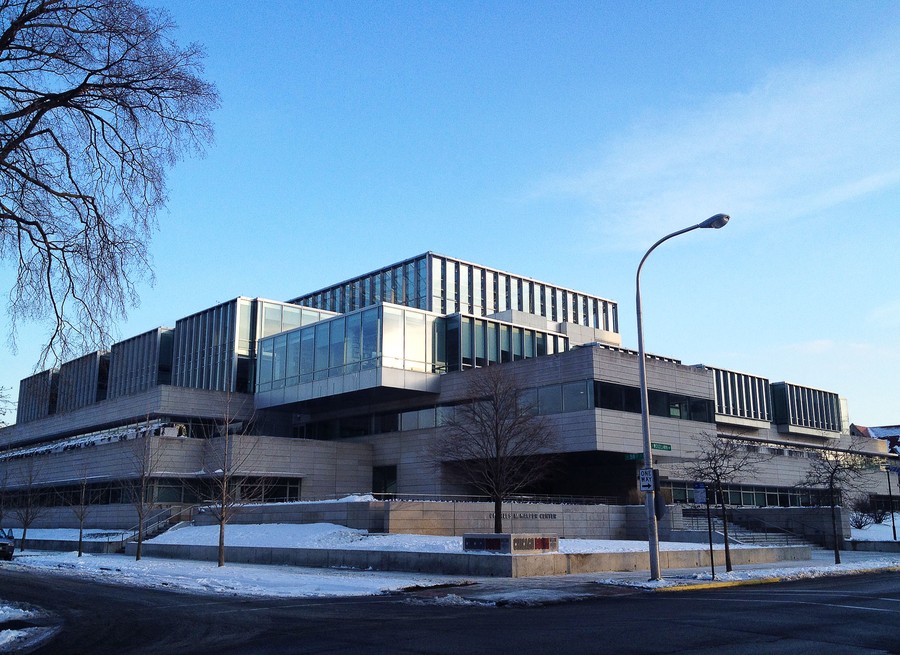 On October 24th, members of the Booth School of Business community awoke to an email from Dean Madhav V. Rajan informing them that their school would be moving to a fully remote format for two weeks. The cause, Rajan wrote, was because of a large off-campus gathering among MBA students that resulted in multiple positive tests for COVID-19.

Among these recipients was MBA candidate Nick Jaroszewicz. The email found him as he was preparing for his 8:30 am class. “I think I went back to bed for 10 minutes, like ‘Okay, well, I don't have to walk over Gleacher,’” Nick said.

Prior to the school’s temporary shift to virtual instruction, Booth was offering a limited number of its classes in-person using a ‘dual modality’ format, meaning professors and 20-25 students go physically to a lecture hall each time, but the rest of the class’s 65-70 students join via Zoom. Professors utilize AV equipment to film themselves teaching synchronously for the Zoom students. Students are placed on a three-week rotation for their ‘slot’ to join class in-person, but they can opt out of that or enter a waitlist to take spots that free up.

Professors Laura Born and Lindsey Lyman are instructors at Booth who have both hosted in-person classes this quarter. Recounting hours of COVID-19 training sessions and weeks of detailed reopening planning, both professors were disappointed by the fact that student irresponsibility interrupted the meticulously planned hybrid instruction model.

“A lot of people, not sleeping at all this summer, [tried] to get all of this worked out for the students...The amount of work that has gone into being able to open our physical doors to students is dizzying. And it's disappointing that poor choices of students that could have been avoided are making that all work for nothing. That's kind of the way it feels,” Lyman said.

Born spent an extra 10-12 hours, aside from the University-provided two-hour training session, to learn how to use the AV equipment this summer. “God knows I didn’t need to spend 12 hours learning how to do hybrid if I knew this was going to happen. It really de-motivates me to want to continue teaching in a hybrid format in the winter when you see something like this, given all that we tried to do and the lack of respect around that,” Born said.

Lyman also highlighted the difficulty of implementing the dual modality instruction model. “Dual modality is the hardest way to teach. It requires the most preparation and the most mental gymnastics while you're teaching...despite that, I chose [it], because I thought it was the right thing to do.”

Born said that it was student demand for in-person instruction that prompted Booth and its faculty members to consider dual modality in the first place. “I feel that the business school has put in an incredible amount of effort, money, time, resources, and capital...And we did it because students wanted this hybrid mode. They are the ones who said, ‘I would prefer to see my professors in person.’”

Jaroszewicz was one such student. “Given there was an opportunity to, if nothing else, be in the room with the teacher and a few classmates, I felt that that was going to be better for me in order to actually learn the material. I felt I did not learn very well in the online mode...going in person would give me less distractions,” he said.

Jaroszewicz was initially disappointed about the situation but didn’t think it was “the end of the world” as he was already used to online work over the spring and summer. As for the off-campus gathering that prompted the switch to virtual instruction, Jaroszewicz was understanding.

“Business school is social, and there’s a component there. And I don’t begrudge my classmates for being social. I think it’s part of life, as this whole year has been just a part of life. We’re all social in our own ways. And just because somebody doesn’t choose to do it in the exact same way as me, I don’t think I have a problem with it. There’s a decent chance that there was a 0% interaction between those that go to class, and those that were partying,” Jaroszewicz said.

“It’s hard to get mad at people for coping in their own way. Again, I appreciate the school doing what they’re doing and I think that we have to take every situation as it comes, and not begrudge people because I met so many amazing people year one, and I don't think that I should think less of them for not fully conforming to exactly what I'm doing, in an unprecedented time,” Jaroszewicz continued.

Lyman also commented on people’s motivations behind attending gatherings in general, beyond the Booth situation: “I know everybody is tired of the restrictions...People feel like the clock has run out on their patience for sacrifice. And I totally understand that...But we're not out of the woods yet, and if we can all just continue to make the sacrifices collectively as a society that we need to make, it’s going to be in everybody’s best interest.”