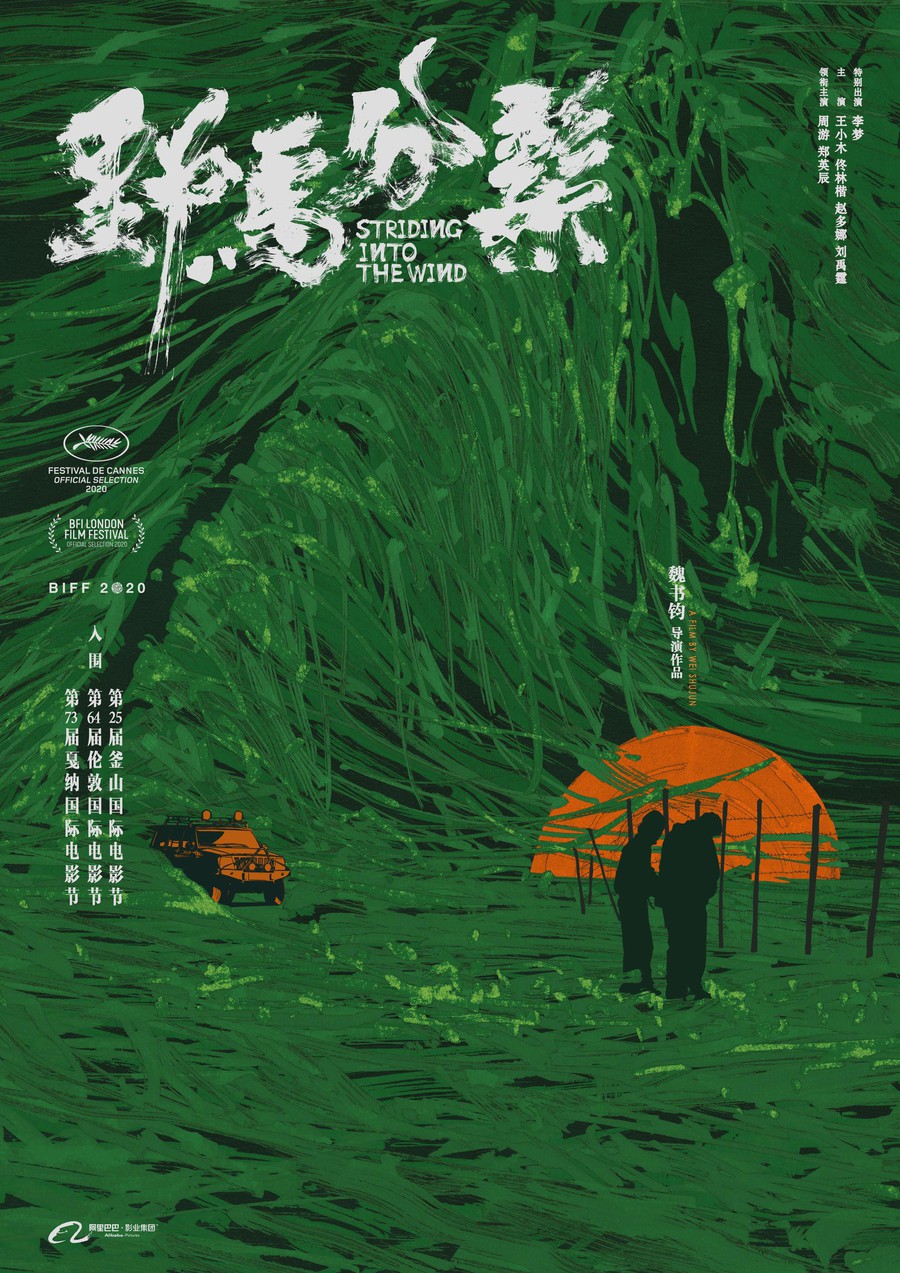 For what could seem like a meandering, directionless film, "Striding into the Wind" is highly entertaining.

Courtesy of Windows on Worlds

This article is part of an ongoing mini-series covering the 56th Annual Chicago International Film Festival.

Like practically everything else this year, the 56th annual Chicago International Film Festival (CIFF) was a little different from usual. What would normally be a bustling week-and-a-half of giddy film buffs swarming around AMC River East 21 was replaced by a series of online (and drive-in) screenings. Despite the festival’s virtual setting, CIFF nevertheless put on a dazzling array of films and events, featuring celebrated veteran filmmakers like Spike Lee, Tsai Ming-liang, and Werner Herzog, as well as rising stars such as Magnus von Horn and Lili Horvát. While practically all of the screened films would be worth your time, here are a few highlights.

Part coming-of-age buddy road trip movie (think Y tu mamá también), part gorgeous landscape showcase, Striding into the Wind finds dead-end film school senior Kun (You Zhou) balancing social expectations, personal relationships, and his own desire for freedom and adventure as he comes into adulthood. After acquiring an old Jeep, Kun and his classmate help their friend work on his thesis film, sell pop CDs for a construction mogul, and find transcendence in inner Mongolia. For what could seem like a meandering, directionless film, Striding into the Wind is highly entertaining, weaving together comedy, drama, and gorgeous cinematography into a fulfilling and self-complete work. Directly referencing influential auteurs like Wong Kar-wai, the film is also a love letter to the filmmaking practice, though not in a way that comes off as navel-gazing or pretentious. Director Shujun Wei is certainly someone to look out for as Chinese cinema increases its presence on the international film scene.

Winner of the Roger Ebert award in the New Directors Competition category, Memory House tells the story of an indigenous-Black factory worker in a fictitious Austrian colony in Southern Brazil. Subject to racism and xenophobia, he discovers an abandoned house filled with folkloric memorabilia, provoking an inner transformation. Powerful metaphors and a surreal final sequence make for an unsettling and visually rich story of identity and resistance. Although the pacing pushes the boundaries of “meditative” and borders on “slow,” Memory House is an artful statement on contemporary social issues.

After addressing racism in Israeli society through the lens of football with Forever Pure (2016), director Maya Zinshtein returns with another critical documentary focused on Israel, this time tracing the multilayered relationship between American evangelical Christians and Zionists. ’Til Kingdom Come investigates why pockets of the United States, collectively amounting to approximately 30 percent of the country’s population, are some of the world’s most ardent supporters of the Israeli state, even more than American Jews. The conclusion is found in the intersection of apocalyptic prophecy and American foreign policy, with many evangelicals believing that the existence of the state of Israel is a prerequisite condition for the return of Christ and the battle of Armageddon—a prophecy that concludes with Jews either accepting Christ as their savior or facing damnation. Although the fulfillment of this prophecy rests on the end of the world, its short-term objectives align well enough with those of Zionists, some of whom are willing to welcome such support. The film is filled with shocking scenes that really show the depth of this connection, with many of the United States’ most prominent evangelical politicians and business leaders explicitly espousing belief in such a prophecy, which in turn translates directly into financial support for Israel. Although there are certainly criticisms to be had with the film, the topic is handled well, and its stakes are high enough such that anyone could benefit from viewing.